2015-08-29 ISRAEL: Baranes affair, Part I: The Supreme Court as supreme patron of corruption.. //
עיון בתיק ברנס, חלק א: בית המשפט העליון כפטרון עליון למושחתים
[עברית להלן]
Forty years since the beginning of the Baranes affair, Supreme Court Magistrate Lubinsky is still engaged in undue conduct regarding request to inspect the court file. Ludicrous claims of protecting "privacy" are used to falsely deny public access to court file records... Lubinsky's conduct should be deemed the most recent episode in patronizing, what was described in the court file by the Public Defender as a "fortified wall" of law and justice officials, who engaged in fraud and deceit to falsely convict Baranes of murder, then prevent his exoneration...  The remarkable similarity between the Baranes affair, and the current Roman Zadorov affair is scary! Over the decades, separating the two cases, nothing has changed at all...There is no chance for the struggle against government corruption in Israel without reform of the courts first... 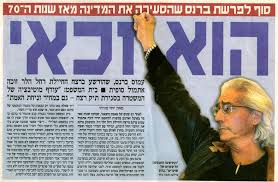 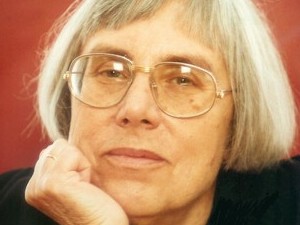 Figures: News of Baranes exoneration after a quarter century of deceit... Justice Dalia Dorner redeemed the justice system in this case. Magistrate Gilead Lubinsky is trying to cover up the corruption even today, under false claims of "privacy".

OccupyTLV, August 29 - as part of an ongoing survey of public access to court records, request was filed in March this year in the Supreme Court to inspect Amos Baranes v State of Israel (3032/99) - Request for a New Trial.  It was this court file, which led to the exoneration of Amos Baranes after false conviction in the murder of Rachel Heller.

The Baranes affair
The Baranes affair occupied the Israeli public for over a quarter century: Its origin was in the murder of a young female soldier - Rachel Heller - in 1974, and it ended with the exoneration of Amos Baranes in 2002, and awarding him damages for false imprisonment in 2010.
In the court file, which was subject of the request to inspect, the Public Defender's office, under the leadership of Kenneth Mann and David Weiner, filed a Request for a New Trial, which detailed the perversion of justice, perpetrate against Amos Baranes by a large group of police, Shin-Bet, prosecution, and court persons, who acted as a "fortified wall".
Then Attorney General (today Supreme Court Justice) Elyakim Rubinstein commanded that wall in the final stages of the affair, in his opposition to Request for a New Trial.  That - even after the Request exposed the extent and seriousness of what had taken place.
Supreme Court Justice Dalia Dorner eventually redeemed the justice system in this court file, in her decision, which granted the Request for a New Trial.  The State Prosecution decided not to file a new indictment, and Baranes was effectively exonerated.


The Request to Inspect: False attempt to prevent full inspection and publication of the Request for a New Trial
The Public Defender's office did not object to the Request to Inspect. However, the State Prosecution objected, under non-specific claims of "privacy"...
On August 17, 2015, Magistrate of the Supreme Court Gildead Lubinsky, rendered a decision, which permitted the inspection of court  decisions, and also inspection of the Request for a New Trial, under clear limits: [1]
* In his August 17, 2015 Decision, Magistrate Lubinsky redacted the 2000-01-31 Request for a new trial, deciding that pages 38-46, 59, 61 would not be provided for inspection.
* Additionally, Magistrate Lubinsky demanded that the inspector sign the following “commitment”:


3032/99
Commitment pursuant to August 17, 2015 Decision
Pursuant to Magistrate Lubinsky's Decision, referenced above, I commit not to forward or publish any detail, discovered as result of the inspection, which may violate the privacy of any person.
Date: August 19, 2015
Signed: [hand signature]
_______________
Joseph Zernik
However, research shows that Judge Dorner herself permitted the publication of the Request for a New Trial, and that the January 31, 2000 record was indeed published in full by the Public Defender's office. [2]

What did Supreme Court Magistrate Gilead Lubinsky try to hide by denying full inspection of the Request for a New Trial?

Examination of the Request for a New Trial, as published by the Public Defender's office shows exactly what were the matters, which Magistrate Lubinsky falsely tried to prevent discovery of:

* The matters, which Magistrate Lubinsky's decision tried to prevent the Requester from seeing in pages 38-46 were:
a) “Systematic concealment of the truth in Court” by the Israel Police and the State Prosecution, regarding Baranes's alibi, and
b) “Failure to expose the involvement of the Shin-Bet in the investigation”
c) “Breach of the duty to disclose investigation material”.
d) “Failure to subpoena the Shin-Bet persons for the ancillary process”.
e) “Strength of Amos Baranes's version regarding circumstances of the reconstruction [of the murder – jz]”.
f) “Recording of the conversation between Baranes and his brother in the Yagur [Shin-Bet - jz] facility”.
g) “Strength of Amos Baranes's version regarding the circumstances of the details regarding Fadida”.

* The matter, which Magistrate Lubinsky's decision tried to prevent the Requester from seeing in page 59 was:
a) “Effect of the pressure during investigation on [Baranes's – jz] mental condition”.

* The matter, which Magistrate Lubinsky's decision tried the prevent the Requester from seeing in page 61 was:
“Circumstances of the confession”.

The “Commitment”, which the Requester was obliged to sign as conditions for the inspection, based on Magistrate Lubinsky's August 17, 2015 Decision was:
It is well-established that imposing non-disclosure in order to prevent the discovery of criminality is void, not voidable.

The Baranes affair - organized crime of police, Shin-Bet and prosecution under patronage of the courts...
Inspection of the Request for a New Trial would lead any reasonable person to the conclusion that in the Baranes affair, a large group of police, Shin-Bet, and prosecution personnel were engaged for years in organized crime in the courts.
Moreover, even after such conduct was exposed, through the efforts of Attorney David Weiner and others, the culprits were never held accountable.
And the Supreme Court (for example in appeal of Police Commander Shaul Marcus) was the one, which issued the final rulings, patronizing such conduct.

False use of claims of "privacy" to falsely deny public access to inspect court records
The use of false claims of "privacy" by the courts to deny public access to court records must be seen as a serious violation of fundamental rights.  In fact, the courts are most often using such false claims to hide corruption of the State law and justice authorities themselves.

Judges should be held accountable in blatant cases of false convictions
Judges should be held accountable in such cases.  That fact is obvious to experts also in other nations.  For example - in the well-known Rampart scandal in the Los Angeles, California courts. [3]
Accountability of the judges is obliquely also admitted in a publication by an Israeli judge, titled: "On establishment problems in correction of false convictions in Israel". [4]
The attempt by the Supreme Court to hide the criminality in conduct of police and prosecution in the Baranes affair, which is documented here, is typical of misprision of felonies by judges, relative to routine conduct of police and prosecution in the courts.
According to the Israeli Bureau of Statistics, conviction rates in Israel in certain years have exceeded 99.9%. [5]  Such conviction rates raise the specter of courts of dark regimes...
On such background one should consider the words of Supreme Court Presiding Justice Miriam Naor.  In a recent interview she was questioned on this matter. Her response: "High conviction rate in itself does not indicate an error, since prior to it there is the filter of the State Prosecution, which examines, and which does not file an indictment in every case." [6]  One must wonder whether such words reflect pretense naivete, or misprision of felonies... 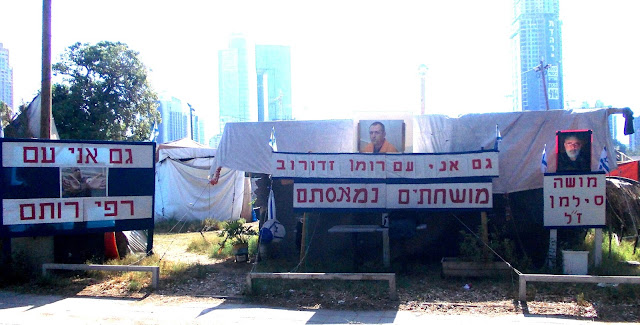