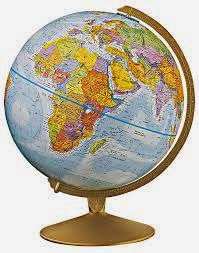 The Dance Of Liberals And Radicals
When liberals align with the power structure, as they did on healthcare we get an abomination -- Obama's ACA -- that does not solve the healthcare crisis. The radicals need to show enough strength ...
POPULARRESISTANCE.ORG

Posted by Human Rights Alert (NGO) at 2:27 PM No comments:

Newsletter: Praise For The Radicals
In his recent article, “The Dance of Liberals and Radicals”, the liberal Robert Kuttner writes, “No great social change in America has occurred without radicals, beginning with the struggle to end ...
POPULARRESISTANCE.ORG

Posted by Human Rights Alert (NGO) at 2:26 PM No comments:

2015-03-22 ISRAEL: Rampant corruption of government and the justice system

OpEdNews Article: Article: Holyland II: Where are Judge Rosen's Verdict and Sentence records of...
The Holyland corruption scandal originated in bribes taken by former PM Olmert. Israeli media reported a year ago that Olmert was convicted and sentence to a 6...
OPEDNEWS.COM

Posted by Human Rights Alert (NGO) at 2:23 PM No comments:

2015-03-22 GERMANY: Sold-out media
=============================
[via Anonymous Berlin]
Germany today is struggling to free itself from the choke hold of the US, in place since the end of WWII. jz
____
Bing translation
«Purchased journalists: behind the name "Atlantik-Brücke «hides isn't a pretty heritage, but the probably most powerful and influential lobbying organization in the United States on German soil. Only in January, we reported on a US-controlled network of German journalists, that operates within the public service broadcasting.[1] journalists explain the world to us, influence our opinion, make policy. But who explained to journalists the world, influenced their opinion and policy making? In Berlin, there is the background circles in which politicians fiddle with capital journalists. Targeted at a good food and plenty of expensive red wine, so-called background information given, under a cloak of secrecy, Rumors spread, and gives a feeling of exclusive close to the journalists.
Lobbyists edit not only politicians and senior officials, but also the capital of correspondents. PR agencies deliver finished texts in which they spread the vision of their client. And then there are still the associations the puppeteer, foundations, institutes, Center, and convents.
The"Atlantik-Brücke"[3] and Eric M. Warburg [4] was founded in 1952 by the two bankers and lobbyists John Jay McCloy as a private organization in the United States and is one of the oldest links by finance, industrial, military, politics, intelligence and journalism. The lodge-like organized Association are over 500 leaders from business, politics, science and the media. The primary goal of this network is financial, economic, educational and political-military affairs, American interests through a targeted influence on medien-.
The» image «[5], for example, advertises for years for the US lobby Club» Atlantic Bridge «and whose dubious activities. But not by paid advertisements as one might think, but by a benevolent reporting. Editorial article without criticism, for the reader as advertising not recognizable. The Kai Diekmann makes possible not only as editor in Chief of the» image «at the Axel Springer AG operates, but at the same time also in the Board of Directors of» Atlantik-Brücke «sits - what is but deliberately concealed the reader. A particularly vivid example of how consistently opaque the» image «in their reporting with the dual role of the own editor-in-Chief bypasses.
» Image «controlled since inception by the United States.
«The is the» image «, after end of the second world war proven [6] CIA with $ 7 million was funded by the American secret service, still never understood independent media with objective reporting, but always as a journalistic arm of the U.S. Government, can be found not only numerous primary sources and statements such as those of the ex-Minister and secret service Inspector of Andreas von Bühlow, but can refer to anyone on the Internet page of the picture Publisher Axel Springer.»[7] the company guidelines it says:
[...] As the only independent digital Publisher, Axel Springer has a corporate Constitution. The five principles formulated therein are the basis of journalistic orientation.
Principles
(1) the unconditional commitment to the Liberal rule of Germany as a member of the Western community and promoting the unification of the peoples of Europe (European Union).
(2) the cause of reconciliation between Jews and Germans, this includes also the support of the life rights of the Israeli people.
(3) the support of the transatlantic alliance (NATO) and the solidarity in the liberal community of values with the United States of America.
(4) the rejection of any kind of political totalitarianism.
(5) the defence of a free social market economy. [...]
Dear bloggers and Internet users. Please share this post restated in the Internet, in forums and blogs, and of course on VKontakte, Facebook and Twitter. Right now, it is important that we can not fool us the German lies press and establish a reasonable counter public.
Cross references:
[1] purchased journalists: US opinion agents of the GEZ media
https://www.facebook.com/video.php?v=834512053261923
[2] Lobbypedia: Atlantik-Brücke
https://lobbypedia.de/wiki/Atlantik-Brücke
[3] Wikipedia: John Jay McCloy
http://de.wikipedia.org/wiki/John_Jay_McCloy
[4] Wikipedia Eric M. Warburg
http://de.wikipedia.org/wiki/Eric_M._Warburg
[5] small bridges among friends
http://www.bildblog.de/20116/kleine-bruecken-unter-freunden/
[6] former Minister & intelligence Checker unpacks
https://www.facebook.com/video.php?v=830328823680246
[7] Axel Springer AG: principles and guidelines
http://www.axelspringer.de/…/Leitlinien-der-journalistische…

Anti-war activists stage protest in Washington DC, Los Angeles (VIDEOS)
A series of anti-war protests rolled through the US on Saturday, condemning Washington’s involvement in past and ongoing conflicts in the wider Middle East.
RT.COM

2015-03-22 CHINA: Growing into the role of world's economic leader
============================================
Here: Regardless of US protests, one by one all Western nations - US allies - are joining the new Chinese led Infrastructure Bank, established as the replacement for the US-dominated World Bank and IMF.
Cold War 2.0 is a currency/banking war. At stake are survival of the US Dollar and US hegemony over the world's banking system. China will no doubt win in this war. After all, the US today is a bankrupt, lawless nation. It's economy is already a mirage, supported by Chinese monthly purchases of US Treasury bills. Still the US continues to play a chaotic endgame.

Switzerland, Luxembourg apply for China-led infrastructure bank
Despite negative noises from the US, Switzerland and Luxembourg have become the latest European nations to apply to join the Beijing-led Asian Infrastructure...
RT.COM

Posted by Human Rights Alert (NGO) at 2:21 PM No comments:

On air — RT
Live stream from RT, a 24/7 English-language news channel that is set to show you how any story can be another story altogether. RT’s coverage focuses on international headlines, giving an innovative angle set to challenge viewers worldwide.
RT.COM

Anonymous Exposes Record 14,150 ISIS Twitter Accounts
#OpISIS began earlier this year to do what governments and corporations were refusing to do: take real action against the terrorist group known as ISIS.
COUNTERCURRENTNEWS.COM

Posted by Human Rights Alert (NGO) at 2:18 PM No comments:

US aggressively threatened to 'cut off' Germany over Snowden asylum - report
Washington reportedly threatened to stop sharing intelligence with Berlin if it offered asylum to NSA whistleblower Edward Snowden, or arranged for him to travel to...
RT.COM

Posted by Human Rights Alert (NGO) at 2:18 PM No comments:

2015-03-20 ISRAEL: Leftist writer Yehonatan Geffen assaulted at home
=======================================
The past year has seen dramatic increase in violence by extreme right-wing elements. Bibi's election campaign was also seen as incitement against leftists, just like his incitement for the murder of Rabin...
In the past: explosive device was planted in the home of an elderly, award winning history professor, who specializes in the history of fascism in Europe of the 20th century...

PAUL TUDOR JONES: Income inequality will end in revolution, taxes, or war
'None of those are on my bucket list.'
BUSINESSINSIDER.COM

Jerusalem at boiling point of polarisation and violence – EU report
Leaked report says city more divided than at any time since 1967 and calls for tougher EU sanctions against Israel over settlement building in sensitive areas
THEGUARDIAN.COM|BY PETER BEAUMONT

Black Man Found Hanging From A Tree In Mississippi
An African-American man was found hanging from a tree in Claiborne County, Mississippi, on Thursday, according to a statement from the FBI. Local law enforcement officials found the man’s body in the woods near his home, the FBI...
HUFFINGTONPOST.COM
Posted by Human Rights Alert (NGO) at 2:16 PM No comments: