Another black eye for Sheriff Baca

The Justice Department says that deputies assigned to the Antelope Valley Sheriff's Station repeatedly violated the civil rights of African Americans and Latinos.


The latest insight into the Los Angeles County Sheriff's Department is as dispiriting as it is familiar. For years — decades, even, for those who remember the Kolts Commission in the early 1990s — one outside group after another has concluded that lax discipline, poor supervision and inattentive management have allowed problems within the department to fester, sometimes erupting in violations of civil rights. And here we are again.
After a two-year investigation, the U.S. Department of Justice has concluded that deputies assigned to the Antelope Valley Sheriff's Station repeatedly violated the civil rights of African Americans and Latinos, especially those in federally subsidized housing. The report describes how deputies subjected residents to unconstitutional stops and seizures, relied on racial profiling and resorted to excessive force. In one instance cited, a deputy "punched another handcuffed woman in the jaw while three other deputies held her down."
Sheriff Lee Baca's responses to this and previous critiques have been revealing and disturbing. In 2011, he criticized the FBI for failing to notify his office about a cellphone "sting" in the Men's Central Jail, and instead of helping federal agents investigate wrongdoing, he suggested that they had committed a crime. Later that year, when confronted with reports of violence in the jails, gang-like deputy cliques and inmate abuse, he blamed his underlings for failing to inform him of the problems. Now, as he insists that his deputies do not discriminate or engage in excessive force in the Antelope Valley, it's hard to believe him.
Baca knows better than to resist calls for change. In the jails, for instance, he has implemented three dozen of the 60 recommendations made last year by the Citizens' Commission on Jail Violence, including hiring an expert to run those perennially troubled facilities. And he has agreed to reorganize the department, created a separate custody career track for deputies who want to work in the jails, and installed cameras as a way to track and deter excessive use of force by deputies. What remains troubling, however, is his ongoing failure to address serious problems before they are publicly pointed out to him. The department was repeatedly warned by Special Counsel Merrick Bobb that something was very wrong in Antelope Valley, yet Baca did nothing.
The problems identified by the Justice Department, like those in the jails, are fixable. They require better supervision, as well as a willingness to discipline, fire and prosecute deputies who violate rules and laws. And they demand a response from Baca.


From a discussion board


Examples of fraudulent features in Sustain - the CMS, developed by the Los Angeles Superior Court 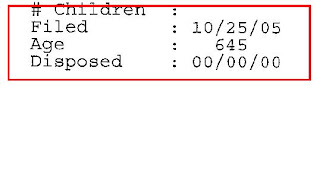 1) From a Register of Actions (California civil docket) in a case of simulated litigation from start to finish, the disposal (purported entry of judgment in this case) is listed as 00/00/00.

2) From the Register of Actions (California civil docket) In litigation in the LA Superior Court, Countrywide appeared with no party designation at all. Countrywide's first appearance was fraudulently listed prior to the date of filing of the complaint in this case [see filing date in 1), above], under a fraudulent party designation. 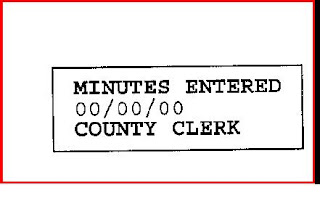 3)  Numerous examples were found of simulated minutes in Sustain, with fraudulent, invalid date of entry.

Above, I provide some examples of simple fraudulent practices in Sustain, the CMS developed by LA Superior Court, now used in 11 states and 3 nations, according to Sustain Corporation (control of which is still a mystery).

In Sustain, judges can enter simulated, void minutes, which appear to the public valid and effectual.

And if you leave it to the judges to develop, implement, and maintain the CMSs of the courts, you can bet they would create such back doors every day of the week...

More on invalid, fraudulent features of Sustain in the links below, and link [1] is an opinion letter by a world-class computer science expert.

You make here an enormous error. There are numerous ways to create a Case Management System (CMS) that would address the issues at hand. United Nations reports, pertaining to Crime Prevention and "Strengthening Judicial Integrity" routinely recommend the implementation of CMSs to increase court transparency and integrity.

But it all depends on how it is done. If fraudulent systems are implemented, the effect is the opposite of that intended.

The wrongful implementation of Sustain in Los Angeles County in 1984 (probably under Ronald George and the main culprit) was a landmark event in making the County as lawless and as corrupt as we see it today.

In fact, wrongful conduct relative to development and implementation, was the primary finding of the Israeli State Ombudsman Report 2010, regarding the unlawful CMSs, which were implemented in the Israeli courts by IBM, EDS in the 2000s. In case services of non-government entities were to be used for such a project, the State Ombudsman Report listed a whole set of safeguards that should have been triggered, pursuant to the law of the State of Israel, in order to safeguard the integrity of such systems, but were deliberately ignored by the office of Administration of the Courts.

The fundamental issue is "validation", or "logic verification" - to be distinguished from "verification" as used in the legal context.

Simply put, in computer science, "validation", or "logic verification" refers to the process, by which one ensures that a computerized system actually performs what it is supposed to perform.

For example: If your state of law says that a person must be imprisoned only pursuant to a valid court order (as is the case in California), the CMS of the prison must not permit the imprisonment of persons, based on booking records that list non-existent courts.

It is exceedingly easy to secretly program the CMSs so that they would permit numerous prohibited practices, both in the courts and in the prisons.

Therefore, such systems should be subjected to extremely rigorous "logic verification", under accountability to the legislature. The development, implementation, and maintenance of such systems must not be left under the authority of the courts, the same way that the courts are not permitted to promulgate Court Procedures.

When you want to keep the kid's hand out of the cookie jar, you put a lid on it that the kid can't open.  Look at the CourtSmart system as a starting point:http://www.courtsmart.com/

And set up a separate grand jury, prosecutor, and court for dealing with public corruption.

For July 4th, 2008 I sent to the California delegation a request to return Los Angeles County to the fold of the US Constitution.
Petitions to restore the US Constitution, piecemeal, only highlight the absurdity of it all... jz
_______

Want to Fight Government Domestic Spying? Join a 'Restore the Fourth' Protest This Independence DayBy Steven Rosenfeld, AlterNetRallies are planned in more than 100 cities from coast to coast.