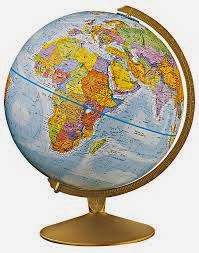 Posted by Human Rights Alert (NGO) at 6:46 AM No comments:

Demos
Next time you’re told spending on social programs is a waste, share this figure.
http://demos.io/1sNBNy1
Posted by Human Rights Alert (NGO) at 6:46 AM No comments:

Posted by Human Rights Alert (NGO) at 6:45 AM No comments:

HK protesters to ballot on proposals
Protest leaders in Hong Kong are to ballot their supporters over whether to accept the government's proposals and end their occupation of the city.
BBC.COM

Posted by Human Rights Alert (NGO) at 6:45 AM No comments:

The Latin American Disappeared and Repeating History in Mexico
As of yet, none of the 19 mass graves discovered in the state of Guerrero around Iguala have contained remains of the missing students.
TRUTH-OUT.ORG|BY JEFF ABBOTT

Posted by Human Rights Alert (NGO) at 6:44 AM No comments:

52 mins ·
2014-10-25 US: Whistle-blowers of "Big Brother" government corruption are on the run!
=================================
By Ray McGovern
In early September in Russia, National Security Agency whistleblower Edward Snowden told me about a documentary entitled “Citizenfour,” named after the alias he used when he asked filmmaker Laura Poitras to help him warn Americans about how deeply the NSA had carved away their freedoms.
When we spoke, Snowden seemed more accustomed to his current reality, i.e., still being alive albeit far from home, than he did in October 2013 when I met with him along with fellow whistleblowers Tom Drake, Coleen Rowley and Jesselyn Radack, as we presented him with the Sam Adams Award for Integrity in Intelligence.

Posted by Human Rights Alert (NGO) at 6:44 AM No comments:

1 hr ·
2014-10-25 GERMANY: Seeking sovereignty
===================
[via Anonymous Berlin]
With the dramatic change in the nature of the regimes in the US, UK, the issue of German sovereignty is becoming pertinent. jz
______________________
The allies have only agreed to German reunification, because Germany has committed not to perceive certain rights of sovereignty. Therefore could the intelligence services of the United States and Great Britain in Germany continue to spy freely and legally. Without this concession, the former British Prime Minister Thatcher would have probably prevented the German unit.
Spying in Germany played officially no role in negotiating German reunification in 1990. But behind the scenes the United States, Britain and France insisted, to monitor still German citizens and companies.
The Americans have let pay the reunification with the continuation of the Allied reserved rights, said intelligence expert and book author Erich Schmidt-Eenboom of the German economic news. Schmidt-Eenboom was been spied by the BND as a journalist. The secret service had followed him in the sauna [1].
Schmidt-Eenboom is convinced that there had been a deal between the allies and Germany. Because more striking way the intelligence agencies have left their areas of operation virtually unchanged after the turn.
Practically, the espionage by the United States and the United Kingdom in the United Germany was continued as before. Zugstimmt is to have monitoring the former German Foreign Minister Hans-Dietrich Genscher, because he knew that the unit hangs by a thread hanging. The Federal Republic of Germany needed a quick deal, not a front of the Worriers on to bring.
The former British Prime Minister Margaret Thatcher was namely decided against reunification. Britain and France sought to achieve that reunification is moved even in talks with East Germany. The continuation of the Allied reserved rights have cannot be prevented in this environment, so Schmidt-Eenboom. The consent of the Russians to the deal of the Western allies with Germany was simply been bought.
Had the Germans rejected - the British could have prevented the entire process of unification. The policy had at that time great respect for Thatcher. Her one trusted that she remained really hard at one thing. Their domestic and economic policy proves that [2].
With the end of the second world war it had been allowed the intelligence services of the Western allies in Germany legally and freely gather information. What was considered first as a right of occupation and then reserved right, 1968 was institutionalized in the German law of G10. This was "the largest fall in the history of the rule of law", said the historian Josef Foschepoth [3]. On the basis of the same law, which was revised in 2001 only slightly, Deutsche Telekom now cooperates with the BND [4].
In the post-war West Germany the right of the Western allies for espionage was founded with the protection of the armed forces, so Schmidt-Eenboom. Today, however, serve the involvement of foreign intelligence services in Germany of especially the economic espionage and the monitoring of the decision makers in Berlin. The German Government, it is impossible to prevent this.
The Federal Government search also did not conflict with NATO partners, this anyway not talk, leaving with him. Instead, she put on the cooperation with the intelligence services of the NATO partners. BND and NSA "pull together", so Schmidt-Eenboom. The BND is technically instructed in many respects on the NSA. But in return, the relatively small employing 1,500 German intelligence service have also a lot to offer. So he monitor as the message stream from the Arab region.
Interest of the United States and Britain in monitoring in Germany had increased significantly after the reunification, Schmidt-Eenboom said. Because a stronger economic made interesting relations with China and Russia and the increase in arms exports under the Government of Angela Merkel the economic espionage. On the other hand, the Federal Government in addressing the financial crisis plays a crucial role in the EU. Since the United States and Britain wanted no surprises, so Schmidt-Eenboom.
The espionage by the French was less aggressive. Since the German and French Aerospace in the EADS Group grew together, less industrial espionage should be operated. But until the 1980s, Germany was effectively monitored by France.
In contrast to other Western countries, the Germans would have great reservations with regard to the activities of the Geheimdiente. This was mainly on their experiences with the two dictatorships of the last century. But in other EU countries, the intelligence services would sometimes perceived as national counterweights to Brussels.
Erich Schmidt-Eenboom has been researching for decades about the intelligence agencies of the world. Due to his experiences with similar incidents, he expects that this time the scandal will be after three to four weeks in the sands.
In November 2002 about the European Parliament had asked the Commission to make clear demands in negotiations with the United States. So must firstly ensure the privacy of EU citizens and on the other hand the economic espionage are set. But it changed nothing. And now it is again quite similar. Also this time the EU with the United States will achieve nothing.
Cross references: [1] BND scandal: "Shaded me even in the sauna"http://www.spiegel.de/politik/deutschland/bnd-skandal-sie-beschatteten-mich-sogar-in-der-sauna-a-384374.html [2] the iron Patriot: Margaret Thatcher is http://deutsche-wirtschafts-nachrichten.de/2013/04/08/die-eiserne-lady-margaret-thatcher-ist-tot/ dead [3] Merkel knew everything: US intelligence agencies may legally in Germany Snoop http://deutsche-wirtschafts-nachrichten.de/2013/07/07/merkel-wusste-alles-us-geheimdienste-duerfen-in-deutschland-legal-schnueffeln/ [4] o Donoghue: Deutsche Telekom cooperates strictly legal with intelligencehttp://deutsche-wirtschafts-nachrichten.de/2013/07/08/obermann-deutsche-telekom-kooperiert-mit-streng-legal-mit-geheimdiensten/(Translated by Bing)
Joseph Zernik
LikeLike · · Share · 3 hrs