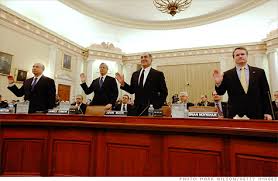 For the uninitiated - the report of the Financial Crisis Inquiry Commission documented the criminality underlying the current financial crisis, and cotradicted numerous statements by FBI and US banking regulators to the contrary.

I am clueless on copyright law. But it seems to me that the reports of US government inquiry commissions, which are freely downloaded, are and should be public records (except for the inevitable "classified" parts).

Anybody knows how this happened to be? After all, Scribd and Google are effectively government agencies as well.

And needless to say, I posted it not for any commercial purpose, only for ease of reference for me and for others - an educational purpose.

JZ
___________
Hello, Human_Rights_Alert -- We have removed your document "11-01-00 Final Report of the Financial Crisis Inquiry Commission" (id: 48929925) because our text matching system determined that it was very similar to a work that has been marked as copyrighted and not permitted on Scribd. Like all automated matching systems, our system is not perfect and occasionally makes mistakes. If you believe that your document is not infringing, please contact us at copyright@scribd.com and we will investigate the matter. As stated in our terms of use, repeated incidents of copyright infringement will result in the deletion of your Scribd.com account and prohibit you from uploading material to Scribd.com in the future. To prevent us from having to take these steps, please delete from scribd.com any material you have uploaded to which you do not own the necessary rights and refrain from uploading any material you are not entitled to upload. For more information about Scribd.com's copyright policy, please read the Terms of Use located at http://www.scribd.com/terms. Best regards, Scribd Support Team Questions? http://scribd.com/faq
Posted by Human Rights Alert (NGO) at 7:13 PM No comments:

12-11-02 FATCA and governor of the Bank of Israel Stanley Fischer –evidence of breach of loyalty starting as early as 2010. 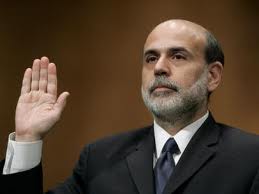