The video is clearly marked as a reenactment, but it is still worth watching. jz

by Rampant Injustice•2 months ago•234,261 views
For more information, go to: www.rampantinjustice.com

by Rampant Injustice•2 months ago•6,993 views
This the the 6 minute promo for the full documentary coming Wednesday, October 31, 2012. The full version will be available at...


All that is left to hope for is that Benghazi would become the defining Hillary moment... jz

So Kerry admits that they all lied?

Hillary Clinton blamed the YouTube video and lied under oath by claiming she didn’t:

Posted by Human Rights Alert (NGO) at 7:18 PM No comments:

Montgomery Blair Sibley asks whether you fellow Americans will act, and if so, how you will act, to require Obama to prove his natural born citizen status. He believes the courts will continue to give him short shrift till he has exhausted all juristic options.

What remains when those at the tiller/helm of machinery of government flout the Constitution?

See below (and attached)

I have been fishing with all the bait I can find for 18 months.

Please see the attached memo and either come fish with me or cut bait.

Montgomery
Page 1 of 2
MEMORANDUM
To: Undisclosed Recipients
From: Montgomery Blair Sibley (mbsibley@gmail.com)
Date: January 24, 2013
Re: Sibley v. Obama litigation & beyond . . . .
The litigation plan I developed eighteen months ago has now entered its final phase. Hence
I write to update you on what that final phase will look like and what I see on the horizon for our
mutual concern – the rule of law applied equally to all, including our recently sworn-in President.
Briefly:
a. In Sibley v. Obama, U.S. Supreme Court Case No.: 12-736, the Supremes will
Conference that matter on February 15, 2013, and likely deny my petition to review my first quo
warranto suit thus ending that litigation.
b. In Sibley v. Obama, D.C. Circuit Court Case No.: 13-5017, the Circuit Court
in my second quo warranto suit after pro forma briefing will likely grant Obama’s forthcoming
motion for summary affirmance in mid-March. I will again seek review with the Supremes, but they
have repeatedly refused to take up this issue of Obama’s legitimacy so I don’t expect them to in this
matter regardless of the merits.
c. In Sibley v. DC Board of Elections, D.C. Court of Appeals Case. No.:
12-AA-1906, the Court – from which curiously there is no right of appeal – has not addressed the
motion to dismiss for over 30 days. Practically, though I remain optimistic, the plain fact remains
that though the Court is statutorily authorized to allow me to demand documentary proof of Obama’s
eligibility, the likelihood of the judges of that Court having the fortitude to allow me to proceed is
unlikely as there is little profit to them to do so.
d. In Sibley v. Alexander et al., D.C. Superior Court Case No.: 2012-CA-008644,
my suit against the D.C. Electors, the matter has been remanded from U.S. District Court back to the
D.C. Superior Court with a gratuitous District Court opinion that the Superior Court must dismiss
the matter upon the grounds that I do not have “standing”. Though again, I will vigorously argue the
contrary and appeal an adverse decision, realistically, this judge – like all the others – looks at the
consequences of ruling in my favor and duck for the fear of the impact on their future government
careers that a vindictive Obama administration can inflict upon him.
Thus, I think it is time to raise the issue: What Now? I have clearly not only “talked the talk,
but walked the walk” to engage this fight and though I have a final litigation option I have not
revealed yet, it is time to ask everyone else: Are you ready to “walk the walk”?
Sibley v. Obama litigation & beyond . . . .
To that end, I propose a daunting task: Get 100,000 signatures on a Whitehouse.gov Petition
asking Mr. Obama to release the records I have heretofore unsuccessfully subpoenaed. The rules of
the White House Petition process requires 100,000 signature in 30 days and promises a response if
that milestone is reached. Hence, this campaign cannot start haphazardly. It must be promoted in
advance and rolled out with those signatures filed within the first 10 days. The media could not
ignore such a response.
Imagine a media blitz for this Petition: Radio, letters to the editors, blogs posts,
advertisements, press releases asking for the simple act of going on-line and signing a simple
request: Release your records Mr. Obama.
It would corner him.
Just as clear, to fail would likely marginalize this issue permanently.
So to each of you I issue this request & challenge:
Are you in?
If not, please let me know and I will take you off my update list.
If you are in, help me by committing to develop and promote this plan. Tell me what you can
do to develop the media plan. What media outlets can you promote this plan on. Ten radio shows,
100 blogs, 100 letters to the editor, press releases – all within one week. As John Lennon sang:
Imagine.
I would rather fail than wonder if we might have succeeded.
Posted by Human Rights Alert (NGO) at 4:29 PM No comments:

13-01-24 America: Prosecutor, Judge and Jury With Jurisdiction Over the World

Americans, true to form, are unlikely to wake up until the drones are operated by their own government against their own people, which may be sooner than most expect. jz 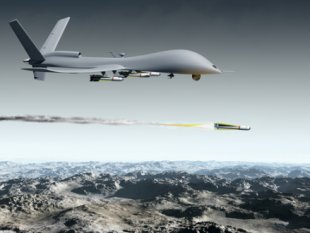 By michael payne
America: Prosecutor, Judge and Jury With Jurisdiction Over the World
A new World Court, created by the U.S. government, has been given license to determine the fate of people in other nations of the world. This court, administered by the government, hears the prosecution's charges, declares the accused as guilty as charged, and then launches deadly Predator and Reaper drones in the skies over Afghanistan, Pakistan, Yemen, Somalia and countries yet to be identified to carry out the sentence.

Freedom Rider: The State Killing of Aaron Swartz
A brilliant young practitioner of human interconnectedness, Aaron Swartz "played a key role in defeating the Stop Online Piracy Act (SOPA) which used the phony threat of online piracy to make the internet less open." He was hounded to death by venal prosecutors of "the worst judicial system on the face of the earth."

13-01-24 The only torture related prosecution in the US - of the whislteblower!

Kiriakou Defenders Hope to Get Whistle-Blower's Prison Sentence Commuted
High-profile defenders of John Kiriakou have written President Barack Obama to request that he commute the whistle-blower's sentence or pardon him. Kiriakou was charged with violating the Intelligence Identities Protection Act, allegedly disclosing classified information to members of the news media after speaking out against waterboarding in 2007. He pleaded guilty in October as part of an agreement that would sentence him to 30 months in prison.

Complaint #3, filed with Bank of Israel against Bank HaPoalim, BM, details the refusal of the Bank to permit cash withdrawal from customer's own funds, with no foundation in any law.
Bank of Israel has so far refused for over half a year to provide written confirmation of receipt of the complaints on FATCA-related matters, of responses by Bank HaPoalim, or of determinations on the complaints by Bank of Israel, if any.  Likewise, Bank of Israel has so far refused to confirm receipt of a Freedom of Information request by the complainant, pertaining to Bank of Israel records of his own complaints.
The Supreme Court of Israel refused to duly register petition to compel Stanley Fischer to perform his duties, pursuant to the law of the State of Israel.  The petition alleges that Stanley Fischer "exchanged his loyalty to the State of Israel and its laws with loyalty to another nation and its laws, and/or loyalty to financial institutions and their interests."
A Washington, DC, attorney, who specializes in FATCA-related matters opined that conduct of Bank HaPoalim and the Israeli authorities in this matter has nothing to do with FATCA, and is likely to be retaliatory measures against a Human Rights activist.
Conditions, documented in this case, show how Stanley Fischer, like his student Bernanke, placed banks as untouchables, above the law. Such conditions must raise concerns regarding integrity and stability of the Israeli financial system.

Therefore, the undersigned alleges that Bank HaPoalim, BM, and its Chief Internal Auditor Jacob Orbach are engaged in various violations of the law of the State of Israel, including, but not limited to:
i.          Unlawful seizing of the undersigned's funds in deposit accounts:  Conduct of the Bank has no basis in the law of the State of Israel. Moreover, it has no basis in the law of the United States either.  The law of the United States, which the Bank purports to enact and enforce in the State of Israel, does not permit a bank to seize a customer's accounts.  At most, the relevant United States law permits a bank to withhold 30% of interest gained on United States securities of the account holder.  The undersigned holds no United States securities at all.
ii.     Unlawfully causing the undersigned to incur interest charges on his checking account.
iii.    Large-scale banking fraud:  The Bank falsely claims to have adopted a FATCA-related "New Policy".  The Bank's own response indicates that no such lawfully adopted Bank policy exists.  Under such false and deliberately misleading statements, regarding the Bank's FACTA-related "New Policy", the Bank engages in unlawful, harmful conduct.
iv.     Entrapment:  The Bank extorts filing of United States Internal Revenue (IRS) tax returns by the Bank's "US Persons" customers in Israel, while refusing to provide the same customers the necessary documentation, pursuant to the same IRS Regulations.  Conduct of the Bank is likely to trigger IRS audits of such individuals, who submit to the Bank's extortion and cause them additional harm.
v.     Refusal of the Bank to report to the customer the total interest gained in his account (no reporting at all was provided for foreign currency accounts, and regarding NIS deposits the Bank refuses to provide a single total sum of interest gained during the calendar year, as required by IRS regulations), stands contrary to any notion of honest banking in the State of Israel.
vi.    Undermining the rule of law and publicity of the law in the State of Israel: The Bank falsely claims to have established a secret, unpublished "New Policy".   The Bank's customers are left at the whim of the Bank's unlawful conduct, which is arbitrary and capricious.

Posted by Human Rights Alert (NGO) at 1:13 PM No comments:

Posted by Human Rights Alert (NGO) at 8:55 AM No comments: 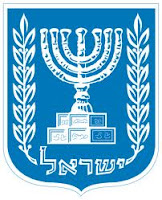 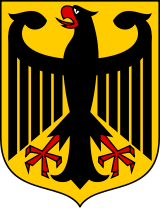