Both Tycoon Nochi Dankner and self-immolated, social protest activist Moshe Silman had their fates determined by the Tel Aviv District Court.  In both cases, judges of the Court, as described by Silman 'violated the law with impunity'.  In the case of Tycoon Nochi Dankner the outcome was leaving him at the helm of his fraudulent corporate pyramid scheme with no recourse to bond holders and banking regulators.  In the case of Moshe Silman the outcome was leaving him with nothing at all...  Addressing corruption of the courts should be one of the primary objectives of the Israeli social protest movement. 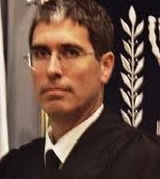 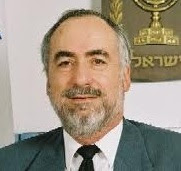 May 6, Occupy Tel-Aviv - papers filed in the Supreme Court yesterday, document the conduct of simulated litigation - fraud on the court - by Judge Eitan Orenstein in the IDB default case in the Tel Aviv District Court last week.  In the largest financial institution default case in the history of the State of Israel, debt holders, who are financial institutions were allowed to participate in the charade, but representatives of bond holders and the Regulator of Financial Markets in the Ministry of Treasury were excluded. In such proceedings,  no summonses were issued or executed, no attorney filed certificate of power of attorney, the case was terminated with no judgment or dispositive order, and public access to court records is unlawfully denied. At the end, tycoon Nochi Dankner was permitted to continue managing his fraudulent corporate pyramid scheme. [1]

The case of the IDB default and Judge Eitan Orenstein is the latest in a series of cases, filed with the Supreme Court in a petition, which documents unprecedented judicial corruption of the Israeli courts over the past decade.  Another notable case of simulated litigation - fraud on the court - which was filed with the Supreme Court in the same petition, is the case of self-immolated, social protest activist Moshe Silman. Silman too was subjected to a charade in the Tel Aviv District Court - by Judge Hagai Brenner. In litigation against the Social Security administration, Attorney (retired judge) Sarah Frisch, who appeared on behalf of the Social Security, and the Social Security administration refuse to answer - who was attorney of record for Social Security in the case. Magistrate Hagai Brenner denied Silman's complaint against Social Security, and Pro Tem District Judge Hagai Brenner denied Silman's appeal from Brenner's own decision.  In Silman's case as well, the Tel Aviv District Court unlawfully denies public access to court records.  [2]

In the opening lines of his last letter, Silman correctly described such conduct as denial of access to justice and violation of the law with impunity.

Together, the two cases, of Nochi Dankner and Moshe Silman, both in the Tel Aviv District Court, vividly document the central role of judicial corruption in the socio-economic changes seen in Israel over the past decade, including dramatic increase in poverty and widening economic gaps.

The petition in the Supreme Court, details the two above cases ans others. The petition was filed with the Supreme Court on April 15, 2013, and names Minister of Justice Tzipi Livni and Director of the Courts Michael Spitzer as respondents.  The petition claims that the Ministry of Justice and the Administration of the Courts colluded over the past decade in the  implementation of fraudulent computerized record systems in the courts, which are central instruments in enabling such conduct.  [2]

The petition also documents that with the implementation of the latest generation of computerized systems of the courts, the duties and obligations of the Chief Clerks, relative to integrity of courts records, was undermined. Today, falsification of of court records by judges is a widespread problem, widely reported in the cases of Judge Vardah AlSheikh and former Judge Hilah Cohen, and also noted in the latest report of the Ombudsman of the Judiciary.

By now, there is perhaps no Chief Clerk in any of the Israeli courts (including the Supreme Court), who holds a lawful appointment record.  At the same time, the Chief Clerks refuse to certify any court records, or authenticate the service of court decisions.

Whether the petition in the Supreme Court would be accorded due process, remains questionable: [3,4]
In short, in dealing with a petition, which documents widespread judicial corruption in the Israeli courts through falsification of court records and conduct of simulated proceedings, the Supreme Court itself is resorting to the same conduct...

Conduct of the Supreme Court in the petition also demonstrates that Israeli judges (like their counterparts in the US and elsewhere) are not ready, willing, able to address their own corruption.

Reform must be imposed on the courts.  Addressing judicial corruption should be one of the primary objectives of the Israeli social protest movement.

13-05-05 London: Austerity Art …because art is just more sexy when it's angry

The face of a ‘democratically’-elected politician of high standing is always a curious phenomenon. To appease the electorate it is imperative they appear benign, benevolent and sagacious at all times. A dictator isn’t hindered in any such way, not only do they not have to hide their prejudices, spite and greed, some even make a feature of it, a luxury that the likes of Tony Blair and Barack Obama can only ever dream about. Actors have nothing on politicians, as a politician can never let the mask drop; it’s an intensity of performance even Daniel Day Lewis would baulk at. It is a phenomenon – this discrepancy between public and private personas – that kennardphillipps (a collaboration consisting of Peter Kennard and Cat Phillipps) have always enjoyed riffing on; in their iconic 2005 anti-war image Photo Op, for example, they offered a vital response to the butter-wouldn’t-melt image of Tony Blair we were all so accustomed to.
In their new exhibition, Blue Murder, in the Hang-Up Gallery in Stoke Newington, they turn their attention to the malevolence that lies at the heart of David Cameron and the onslaught of misery-inducing spending cuts that have characterised his Premiership. The exhibition is made up of a series of prints all featuring the same official image of David Cameron looking at his most sincere and caring. These images are printed onto various share index pages of the Financial Times (pointing towards the intimate relationship that he, and all politicians, must maintain with big business), and then images of his real legacy and achievements are set where his facial features would normally be. In one is an eviction notice, another has a disintegrating NHS logo, another a riot scene, and so on.

kennardphillipps
Study of a Head VII
2013
pigment ink and mixed media on newspaper, 36 x 68 cm
It’s an exhibition that couldn’t be more topical. It opened at the end of April, the month that saw Cameron and Osborne’s latest (but certainly not the last) round of public spending cuts unleashed on the UK’s poor and disabled (while thousands of millionaires will see their net pay swell by an average of £100,000 a year as a result of the reduction of the top rate of tax). Many of these cuts were launched on April 1, but, as many commentators wryly pointed out, this was, alas, no April Fools’ Day joke.
Then, as if finally convinced by this latest attack on the UK’s most vulnerable that her work was successfully being continued, Margaret Thatcher deemed it a fitting time to bow out. The spending cuts launched prior to her passing had led to a flurry of political debates in the media of the left vs right variety; with Thatcher’s passing these now multiplied tenfold, as her legacy was passionately argued, not just throughout the length and breadth of this country, but even around the globe. Indeed, Peter Kennard himself was interviewed on Sky News in the immediate aftermath of Thatcher’s death to give his thoughts on her legacy. This interview can be seenhere, and is worth watching till the end for Kennard’s depressing but convincing view on the way in which corporations and governments are both managing to kill off political dissent in the arts.
It is in this milieu of intense political controversy and heated debates that Blue Murder opened. It’s an angry show, and understandably so, with austerity measures in a time of recession being such a self-defeating and insane policy to adopt. But don’t take my word for it; one doesn’t have to search hard to come across an abundance of informed opinion all saying the same thing against austerity. For a start, Joseph Stiglitz, a Nobel prize winning economist, has called for George Osborne to ‘call of this mad austerity. No large economy has ever recovered from a downturn as a result of austerity. It is a certain recipe for exacerbating the recession and inflicting unnecessary pain on the economy.’ Or Paul Krugman, another Nobel prize winning economist, who calls for George Osborne to ‘undo that austerity… This is a time for the UK government to be borrowing and spending. Boost the economy and give the private sector time to de-leverage.’ Or read this open letter co-signed by over 60 leading economists and academics from across the UK, all urging the government to halt austerity. Even the IMF has warned Osborne to ease-up on his austerity programme.
From what I can gather, informed opinion speaks with a single voice on this matter, and yet mainstream media (all owned by the 1% who will gain the most from these austerity measures) are more interested in whipping up mass hysteria about benefit fraud amongst Britian’s most needy and destitute than discussing these sound economic arguments. Fortunately the arts can offer an important corrective to such a media, something kennardphillipps have themselves acknowledged: ‘Art workers, artists, writers and musicians have the means through their work to rip through the onslaught of lies and be a part of the movement against this marching inhumanity’, and with Blue Murder they back these words up with deeds.
-Blue Murder runs from 27th April to 6th June 2013 at the Hang-Up Gallery, 56 Stoke Newington High Street, London N16 7PB
SOURCE:
http://flamingarmchair.co.uk/
Posted by Human Rights Alert (NGO) at 6:08 AM No comments: