Notice of Electronic Filing (NEF) of the United States Courts 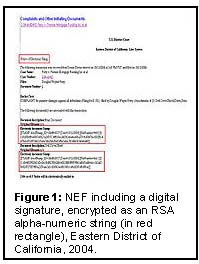 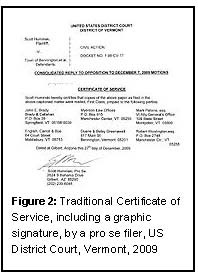 Posted by Human Rights Alert (NGO) at 9:48 PM No comments:

09-12-28 Texas is getting dangerously close - but they are still into kid's stuff - where LA County was a decade or two ago...


Idea on using seized items tops them all

Now, it seems, the alleged pirate wants to use some of the loot to defend herself against the lawsuit accusing her of stealing it in the first place.

Russell and several other officials in the Deep East Texas county are accused of using the state's asset forfeiture law to pillage everything from cash to Blackberrys to jewelry from dozens of out-of-town motorists, many of them black, in a moneymaking scam run under the guise of drug-fighting.

Like a well-oiled speed trap, the confiscations were apparently so commonplace that the plaintiffs' attorney reportedly discovered pre-notarized, pre-signed police affidavits complete with blanks for an officer to fill in the items being collected.

Officials in the map dot of Tenaha seized property from at least 140 motorists between 2006 and 2008, according to the 2008 civil lawsuit, but had filed criminal charges against fewer than half.

Tenaha officials have defended the practice. Russell didn't return my call for comment. Her private attorney, Tom Henson, maintains his client did nothing wrong and, with regards to the racial profiling allegations, wasn't among the officers choosing who to stop.

But both the local county commission and the state have refused to defend Russell in the lawsuit. The county argues Russell is a state employee and should be represented by the attorney general.

“I think it's a frivolous lawsuit,” said newly appointed Shelby County Judge Rick Campbell, but he added, “I think that the commissioners are concerned about ‘what if it goes bad,' and ‘what if it bankrupts this county.' ”

Meanwhile, the attorney general's office wrote Russell in November that “under the circumstances of this case, we are not able to extend representation to you.” The letter provided no details, and a spokesman wouldn't elaborate.

So, in August, Russell inquired with the attorney general about her options.

In the brief, Russell's assistant district attorney Kenneth Florence argues that either the county or the state should be required to defend her, but, if they don't, he asks if her use of asset forfeiture monies could be construed as an “official purpose” since the lawsuit arose out of acts she took while “fulfilling the scope of her duties.”

The audacity of the question is breathtaking. Russell's attorney fees in a civil lawsuit have nothing to do with crime-fighting, for which the Legislature intended such funds to be used.

And, considering the severity of the allegations Russell — that she personally coerced innocent people into handing over their valuables or else face felony charges such as money laundering — the idea of defending her alleged actions with forfeiture money would seem to represent the very antithesis of the crime-fighting purpose.

(It's even more disturbing than a certain former DA's habit of using forfeiture funds for things like margarita machines and gifts for political buddies.)

The American Civil Liberties Union last week filed a brief opposing the request, and argued that the government — either the county or the state — should pony up to “account for the misconduct of officials who operate in its name.”

David Guillory, a Nacogdoches attorney who represents eight plaintiffs in the lawsuit seeking class-action status, said the money in Shelby County's forfeiture fund belongs to the people it was stolen from: his clients.

“Imagine someone breaking into your home and doing a bunch of damage and they get prosecuted for it,” he said. “Then they go hire Racehorse Haynes and use your wedding ring that they pawned to defend themselves.”

Sen. John Whitmire, D-Houston, whose bill to tighten the law regarding how forfeiture funds can be seized and used failed last session, called Russell's request “nuts.”

“I'm not sure she's dealing with a full deck of cards,” Whitmire said. “Her practice was deplorable, illegal, unjust and abusive. For her now to think she can use ill-gotten gains to defend herself, it's horrible.”

Yet, there's some dispute about who came up with the idea to use forfeiture funds for Russell's defense. Florence, the ADA who wrote the AG request, said county commissioners asked him to include it. But the county judge said commissioners had nothing to do with it.

And he doubts it will fly with the AG: “Using common sense,” he said, “I would think not.”

Linked site:
http://www.chron.com/disp/story.mpl/metropolitan/falkenberg/6657701.html
Posted by Human Rights Alert (NGO) at 4:10 AM No comments: