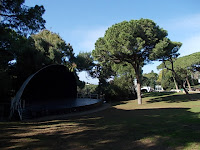 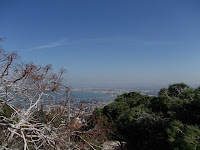 JZ SAID:
BH, I don't know about that. Mount Carmel it is a beautiful place, with one of the nicest beaches around the mediterranean, and I would like to promote it as an international party venue. In true medieval fashion, I believe that pilgrimages will become soon the last bastion of free assembly of the People. How about a 3 day party, each August, starting in Jerusalem, going on donkey backs to Mount Carmel, partying all the way, with a good rave concert on the last night?

BH SAID:
Yes, Elijah DID give Jezebel and Ahab a lot of trouble, exposing and
condemning their real estate fraud, snatching land.

But one of the coolest things about Elijah: he flashed off while both
Elisha and 50 seminary students looked on.

In that remarkable feat, for which he had prepared his followers, his
body disintegrated and his soul and personality achieved terrestrial
escape.

We might ponder what he did to accomplish that. Do you think he read a
bunch of sci-fi stuff, or used Kabala magic?

Or did he somehow accomplish self-mastery and devote himself so
irreversibly to doing he will of our Heavenly Father through obedience
to the leading of spirit who indwelt him that he ceased to have need for
mortal existence?

Obviously he accomplished the purpose of human life. That DOES seem
OBVIOUS to you right?

Just how did he go about that?