Despicable judicial corruption: Nili Maymon pretended to be a judge to abuse Joelle Ben Simon
Following considerable delays, finally Ministry of Justice provided its FOIA response regarding valid judicial appointment of Nili Maymon while she appeared as a judge in the Jerusalem Family Court and abused Joelle Ben Simon.  The response confirms what was clear all along: Nili Maymon was not a judge at all, only a pretender, when she abused Ben Simon.
The scandal exploded after Ben Simon started a sit in in front of Minister of Justice Ayelent Shaked's office.  In response, "Ministry of Justice" Attorney Yael Kotick "coordinated" compulsory psychiatric hospitalization of Ben Simon.
The entire affair shows collusion in criminality by a series of judges, Presiding Judge  and Office of the Clerk of the Jerusalem Family Court.  Others who colluded in the criminality are senior justice officers as well: Minister of Justice Ayelet Shaked, Ministry of Justice CEO Amy Palmer.  There is no way to describe the affair other than organized crime in the highest ranks of the justice system.  Obviously, the Israeli justice system cannot address its own corruption.
Until we jail some of the criminal judges, the corruption will not come to an end!
Read More: http://inproperinla.blogspot.co.il/2016/11/2016-11-23-despicable-judicial.html 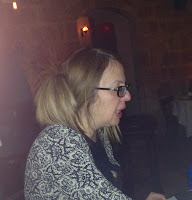 Figure 2:  Ministry of Justice central figures in the Ben Simon scandal - engaged in misprision of felonies and organized crime in the court, and engaged in harassment, retaliation, intimidation of a witness, informer, victim of the crimes: CEO Amy Palmer, Minister of Justice Ayelet Shaked, "Coordinator" of psychiatric compulsory hospitalization Attorney Yael Kotick.
___
OccupyTLV, November 21 -Following considerable delays, finally Ministry of Justice provided its FOIA response regarding the Joelle Ben Simon affair.  Joelle's case has gained wide publicity after she engaged in a sit-in in front of Minister of Justice Ayelet Shaked's office, and was then forced into psychiatric hospitalization, through "coordination" by the Ministry of Justice. [1-2]


A.  The Ministry of Justice FOIA response clarifies that Nili Maymon engaged in criminality in the Jerusalem Family Court - pretended to be a judge. 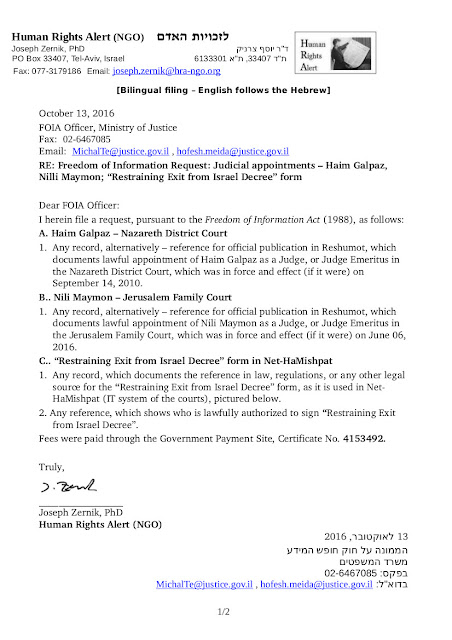 
Relative to the request for reference to publication in Reshumot [State register], your request is denied pursuant to Article 8(3) tot he Act.  Request, pertaining to valid appointments during the periods, which were stated in your request: Following investigation, we discovered notices of appointments, but none responsive on your request.

FOIA Article 8(3), which is referenced in the Ministry of Justice response, says:


8. A public agency is permitted to deny a FOIA request in one of the following instances: ...

(3) After undertaking reasonable measures, it was clarified that there is no way to locate the information, or that the information does not exist in the agency's possession. 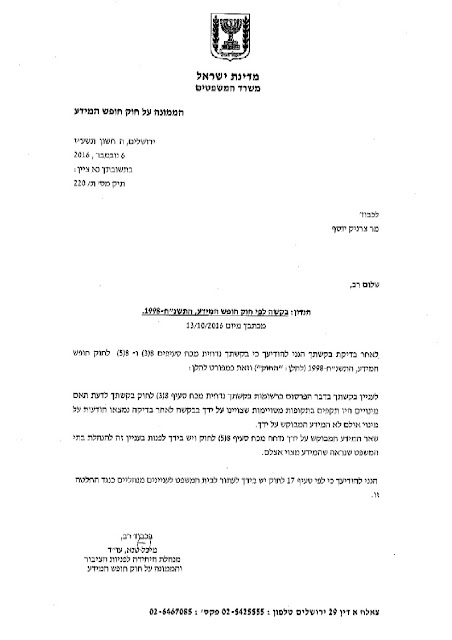 Response by the Ministry of Justice confirmed what was clear all along: Nili Maymon pretended to be a judge and abused Joelle Ben Simon in collusion with other judge in the Jerusalem Family Court. And senior Ministry of Justice officer retaliated against Ben Simon once she exposed the corruption.

B. It is impossible that the fraud by Nili Maymon was perpetrated wihtout the knowledge and collusion of the Presiding Judge of the Court.

Joelle Ben Simon is no legal scholar. However, she immediately detected the fraud in conduct of the pretender Nili Maymon, as documented in the fake "protocol", written by Nili Maymon herself. Immediatley in the opening lines Ben Simon warns Nili Maymon to stop her criminal conduct...

According to Ben Simon it was simple: Nili Maymon appeared with no judge's robe, with no court transcriptionist, and wrote by hand a patently invalid record (even the court file number was false), in order to generate a fake "Restraining Order" on Ben Simon.

Figure 5: Page 1 of purported June 06, 2016 "protocol" by pretender "Judge Emeritus" Nili Maymon handwriting - case number is false, the record fails to be titled "protocol", there is no date of the "protocol", no full names of the parties or those present.  The purported "protocol" opens by stating:

Respondent:.. "I aske the Hon Judge to immediately recuse herself.  I want to warn you Nili Maymon, and I want to prevent the Judge from taking part in crimes of other judges.  This protocol is under a false court file number...

The Respondent fails to answer on the Motion itself, regardless of repeat requests by the Court that she do so.  The Repondent expresses contempt and baltant language against judges... 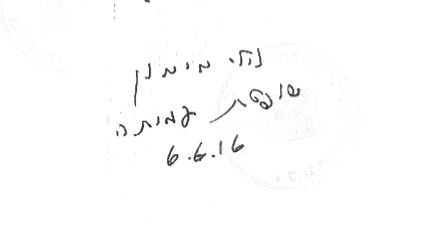 Figure 7: Forged signature box by pretender "Judge Emeritus" Nili Maymon on the June 06, 2016 purported "Decision" - purported "Restraining Order" - with no personal stamp of the judge.  According to Joelle, Nili Maymon appeared with no judge robe, no court transcriptionist...
____

C. Nili Maymon did not act alone - a group of judges and senior staff of the Office of the Clerk were fully aware of the organized crime and took part in it. 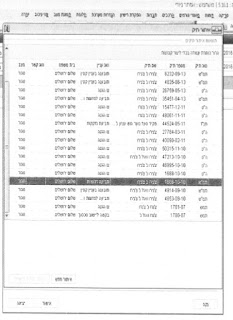 During the Septmber 2016 inspection of the court files, Deputy Chief Clerk Rafi Baruch asked senior staff member Maya to assist Joelle with the inspection.  However, Maya refused to print out even the dockets of the court files.  The reason stated by Maya: The dockets were false, including "drafts", which were not valid decisions. Therefore, Maya refused to print out false dockets from the system.

There is no doubt, that if a clerical staff member, looking for the first time in such court files, immediately understood that they were false, simulated court files, any judge who acted in these court files knew that he or she were engaging in fraud and corruption. 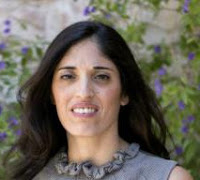 Figure 9: While Ben Simon was on her sit-in in front of Minister of Justice Ayelet  Shaked's office, Attorney Inbal Weil from the Ministry of Justice falsely, unlawfully appeared in Court in Joelle's name.  Joelle did not know Attorney Weil, never authorized her.  The list of "Certificates of Counsel" in this court file shows only one certificate - by Attorney Efraim Gavish.
___

In response on Ben Simon's sit-in, Attorney Inbal Weil (Director of of Personal Status office, Legal Aid Bureau, Jerusalem and Southern District, Ministry of Justice) was sent to the Jerusalem Family Court, purporting to represent Ben Simon, but without Ben Simon's knowledge (she did not even know her), without Ben Simon's authorization, and in violation of the law.

Attorney Weil's false appearance in Ben Simon's name was documented in yet another fraud - by Judge Menahem HaCohen.  Judge HaCohen issue a false and misleading "Draft" decision, which documented Attorney Weil's appearance before him on July 26, 2016, while Joelle was on her sit-in in front of Minister of Justice Ayelet Shaked's office.

The Ombudsman of the Judiciary 2012 Decision in the Judge Varda Alshech's "Fabricated Protocols" scandal explicitly states that recors that bear the watermark "Draft" are invalid, must not be certified "True Copy of the Original", must not be served on the parties, and must not be printed out by the Office of the Clerk. 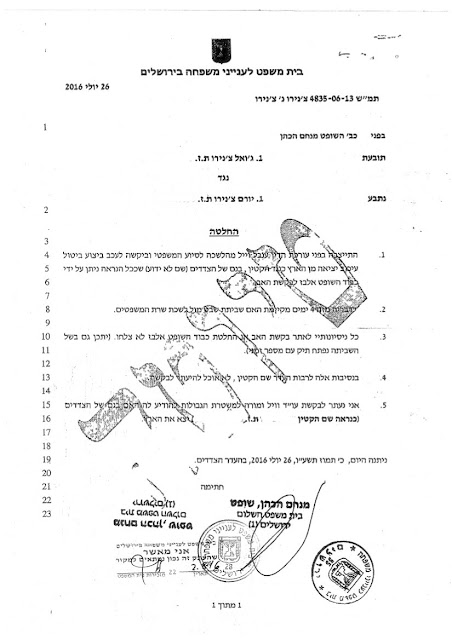 Figure 10:  Sham/simulated/"Draft" decision record by Judge Menahem HaCohen (dated July 26, 2016), which was purportedly served upon Ben Simon by mail after she was released from the psychiatric hospital.  The sham decision pertains to Exit of Israel Prohibition Decree on her minor son.  The attempt to abolish the decree in an ex parte hearing was the final cause for Ben Simon's desparate protest:

Attorney Inbal Weil from the Legal Aid Bureau appeared before me... All my attempts to locate the father's motion, or the Hon Judge Elbaz decision failed...

Figure 11: "Case Calendar" shows that no hearing was conducted on or about July 26, 2016. Only two hearing were purportedly conducted in this court file, both in 2014.  The purported court hearing, which was purportedly recorded in Judge Menahem HaCohen's sham/simulated "Decision" was a sham/simulated court hearing.
___
There is no doubt that in case Attorney Weil, Director of Personal Status Affairs in the legal Aid Office of the Ministry of Justice is half-way competent, she should have figured out through her appearance in the Jerusalem Family Court and access provided to her, the organized crime taking place there. Therefore, conduct of the Ministry of Justice senior officers, who were personally involved in the Joelle Ben Simon affair - Minister of Justice Ayelet Shaked and CEO Amy Palmer -  is most troubling.

The response of such officers to whistle-blowing by Ben Simon was "coordinating" by the Ministry of Justice compulsory psychiatric hospitalization, as documneted in the medical records, which were obtained in Ben Simon's case.

F. "Decline in Formalism and Increase in Values"? In fact - organized crime in the justice and law enforcement system.
A recent Globes report cited "senior legal scholars", who described conditions in the courts, following developments in Israeli law, which had been described as "Decline in Formalism and Increase in Values".  Such "senior legal scholars" reach the conclusion that in fact, conditions in the courts amount to "Total jungle in the courts - there is no justice there". [5]
However, describing the situation as "Total jungle" misrepresents the truth.  Conditions, which are documented in the Joelle Ben Simon affair and many others amount to organized crime by the judges, with misprision of felonies and/or collusion by the Ministry of Justice and the legal profession.