2017-02-06 Shin-Bet incriminates the Central Election Committee in serious computer fraud - and where have the Supreme Court justices been all along?

Shin-Bet incriminates the Central Election Committee in serious computer fraud - and where have the Supreme Court justices been all along?
Two consecutive State Ombudsman’s reports found that the Central Election Committee’s IT systems had no valid entry logs, and no valid supervision of entries to the system. Moreover, such serious failure was not corrected following the 2013 General Election report. Publications in the US and in Israel claim material computer fraud in the 2015 General Election.
Therefor, FOIA request was filed on the Central Election Committee (possibly the first ever), which sought documentation of specification, development, validation, operation and security of the Committee’s IT systems as required by law and by binding standards.
The Committee’s response, naming three senior attorneys, is perceived as fraud. In particular – its part, which says that the systems were examined and certified by the Shin-Bet (Re’em). Therefore, formal inquiry was made with Shin-Bet Head Nadav Argaman, to affirm or deny the Shin-Bet’s responsibility for the systems. The Shin-Bet’s response, which was received from the Prime Minister’s office, denied that the Shin-Bet (Re’em) examined and certified the Central Election Committee’s systems.
One is hard pressed to find a plausible explanation, except for serious fraud, for conduct of the three Committee’s office holding attorneys: Orly Adas – CEO, Elad Naveh – FOIA Officer, and Dean Livneh – Legal Advisor. Another state employee – Operations Manager Lazar Dudovich – is suspected as key figure in computer fraud in the Committee.
Computer fraud in the Central Election Committee pertains to the foundation of lawful regime, from appointment of the Chief of Staff, through control of the Treasury, lawful authority of the current Knesset and the current executive cabinet, to judicial appointments.
In view of severity of the matter, the series of Supreme Court justices, who served as Chairs of the Committee during the relevant period, should be deemed incompetent, corrupt and/or breaching loyalty.
However, the Supreme Court justices also routinely engage in similar conduct in IT systems of the Supreme Court itself, and senior judicial officers oversaw the development, implementation and operation of Net-HaMishpat – the new, fraudulent IT system of the district and magistrate courts. The Shin-Bet itself, in response on inquiry with previous Shin Bet Head Yoram Cohen stated that the Shin-Bet was not charged with security of IT systems of the courts… And Administration of the Courts, like the Central Election Committee, refuses to answer on FOIA request and disclose who was charged with their IT system security.
The case at hand is of particular interest, since it presents role reversals – Shin-Bet is acting to protect the Rule of Law and sounding an alarm regarding serious violations of the law by attorneys, the judiciary and others, which undermine the lawfulness of the regime. Such class breach of loyalty should surely be deemed “Treason”, according to Judge David Rosen…
The role reversals, or dispute between two such powerful groups in the Israeli regime – the secret security apparatus and the justice system – may be related to establishment of the “National Cyber Authority” and “National Cyber Council” by PM Netanyahu’, which undermined the Shin-Bet’s powers and authority. Netanyahu’s authority to implement such changes, and authority of those, who are now charged with security of vital state IT systems, is claimed to be ill-defined by law.
It is obvious that the law enforcement system would not duly investigate the plethora of serious violations of the law, which arise from such circumstances, even in their narrower scope – the alleged fraud by the Central Election Committee in administration of the 2015 General Election. It is doubly clear that no one would be held accountable, even if they should be. Attorney General Avichai Mandelblit, even more than his predecessor Yehuda Weinstein, routinely covers up criminality by senior state officers, particularly in the law enforcement and justice systems.
Iin short: A constitutional crisis in a nation with no constitution…
In view of the circumstances, the public should demand interim, focal corrective measures prior to the next general election: a) Paper administration of the general election, b) Invitation of professional international observers.

Figure: Attorney Orly Adas - CEO of the Central Election Committee. The FOIA response explicitly states that she was involved in formulating the response, which is deemed fraud. 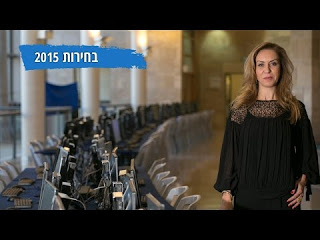 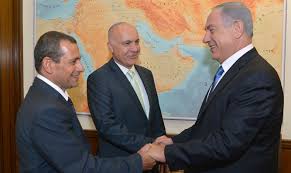 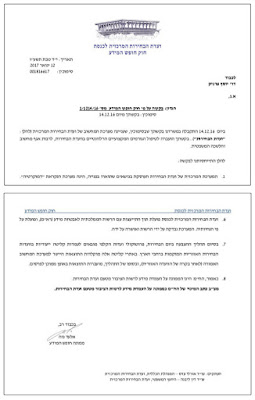 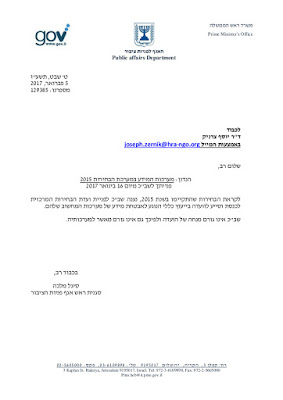 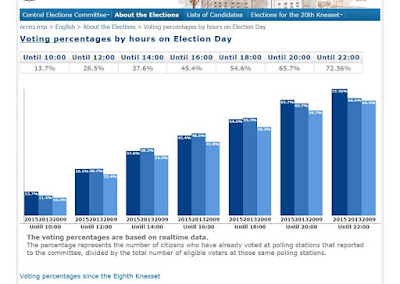 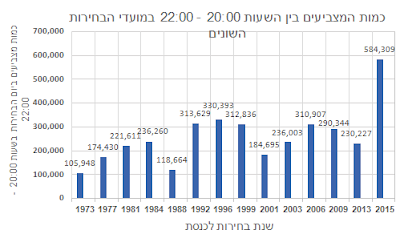 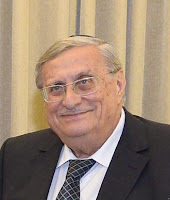 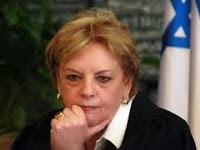 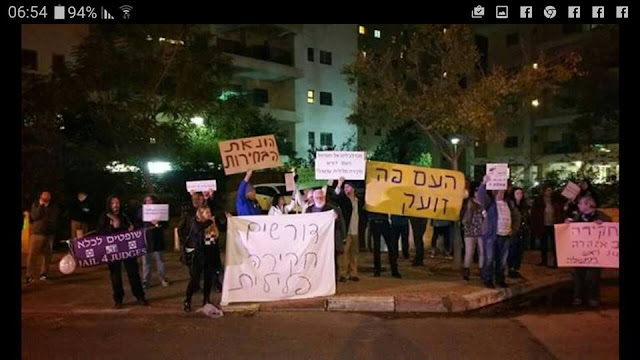 Posted by Human Rights Alert (NGO) at 8:38 AM No comments:

Suppression of IL anti-government corruption protest
My latest on OpEdNews.com


PM Netanyahu is under a string of criminal corruption investigations. His hand-picked Attorney General Avichai Mandelblit is actively undermining the investigations. Protest against the AG last Saturday night again ended in detentions This time the production was more elaborate...

Figure: Detention on January 28, near the home of Attorney General Avichai Mandelblit
READ MORE:  http://www.opednews.com/articles/ISRAEL--Video-Arrested-a-by-Joseph-Zernik-Corruption_Netanyahu-170204-843.html
Posted by Human Rights Alert (NGO) at 5:57 AM No comments:

Crooked Judge David Rosen cuts corners, and Data Security secures the corruption...
Judge David Rosen is quoted today by media: "I don't cut corners", and "corruption is malignancy "... In response, I posted to "Data Security" group documents of fraud by Judge David Rosen in the Holyland corruption case, which are basically computer fraud in Net-HaMishpat (case management system of the courts).  Within a few minutes, the records were deleted, and I was permanently blocked from the group.  We aren't talking here people who have no understanding... These are people who are in the field of data security, who try to block any publication of the large-scale fraud in e-government in Israel in general, and e-courts in particular. In short - they secure the corruption.
One time only opportunity:  NIS 10,000 in cash to anybody who finds and displays the authentic judgment records of Judge David Rosen, pertaining to former PM Ehud Olmert in the Holyland corruption case!
Until we jail some of the criminal judges, nothing will change!
Read the complete post:http://inproperinla.blogspot.co.il/2017/02/2017-0205-crooked-judge-david-rosen.html 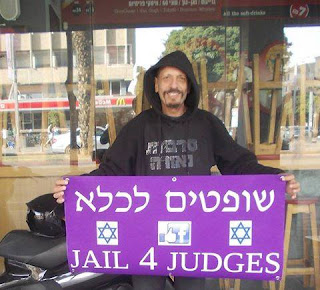 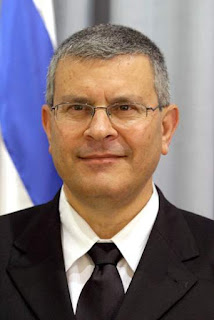 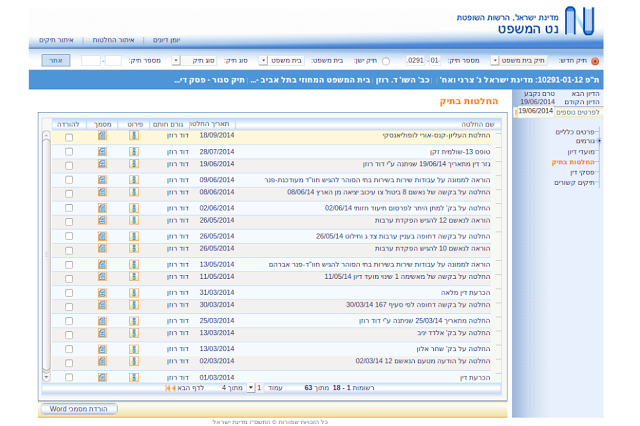 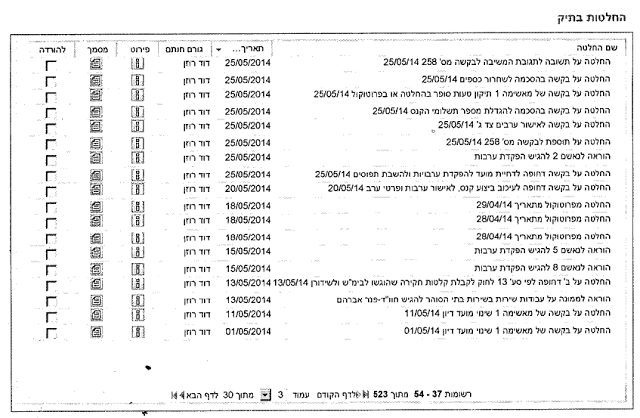 Posted by Human Rights Alert (NGO) at 5:50 AM No comments: