Ongoign abuse whistle-blower Rafi Rotem by the Justice system - Attorney Ofer Ashkenazi denied that he was appointed Rotem's Public Defender!
The evidence shows that Rotem is the victim of systemic corruption and serial fraud in the courts in the cases that originated in his whistle-blowing on the Tax Authority, staring from the Tel-Aviv Labor Court and ending in the Supreme Court.  The Rotem case has long ceased to be a case of curruption of the Tax Authority alone, and became a case of systemic corruption of the justice system! 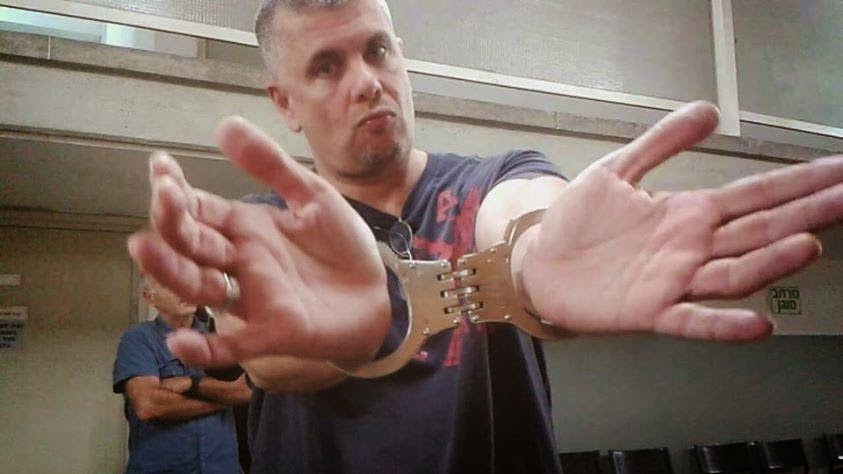 [pics] Rafi Rotem in one of the numerous false arrests, and Judge Yael Pradelsky - Tel-Aviv Magistrate Court.
____
OccupyTLV, Octoober 30 - the Tel-Aviv Magistrate Court has been conducting for the past year and a half criminal prosecution of the Tax Authority whistle-blower Rafi Rotem.  The purported causes of action are "Insulting Public Service Person", and "Abuse of Electronic Communication Lines". The prosecution in this case stands contrary to common sense and the fundamentals of justice.  Policemen and law enforcement officers, who abused Rotem (including his beating by police and numerous false arrests) and denied his fundamental rights have never been held accountable for their conduct.  But Rotem is now prosecute for insulting them.
In such court proceedings the evidence shows inexplicable conduct by a series of attorneys, who appeared as Rotem's purported Public Defenders, and similarly inexplicable conduct by the Pro-tem Tel-Aviv District Public Defender Elkana Leist and the the National Public Defender Yoav Sapir: 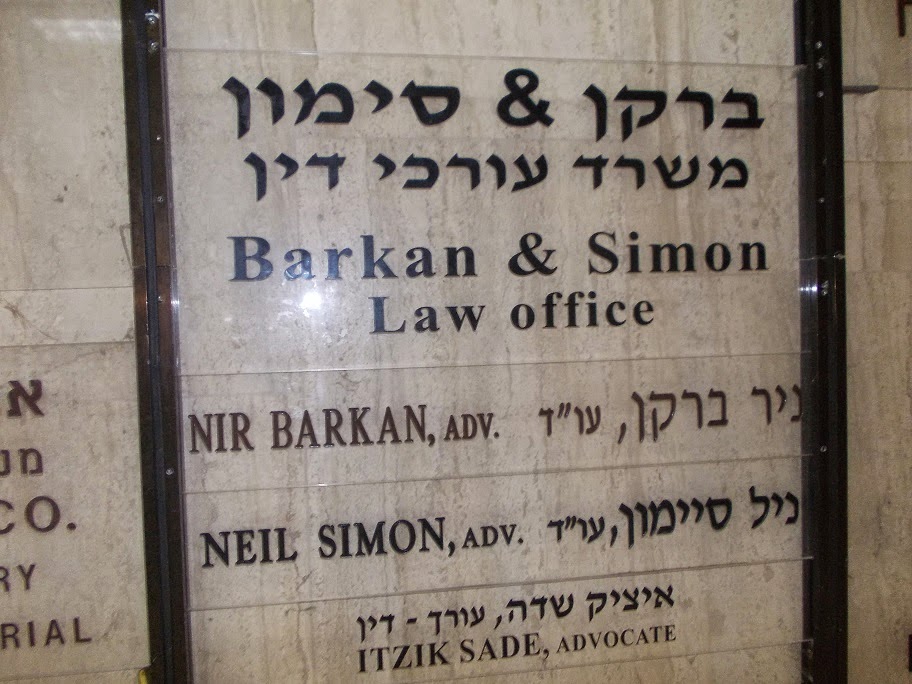 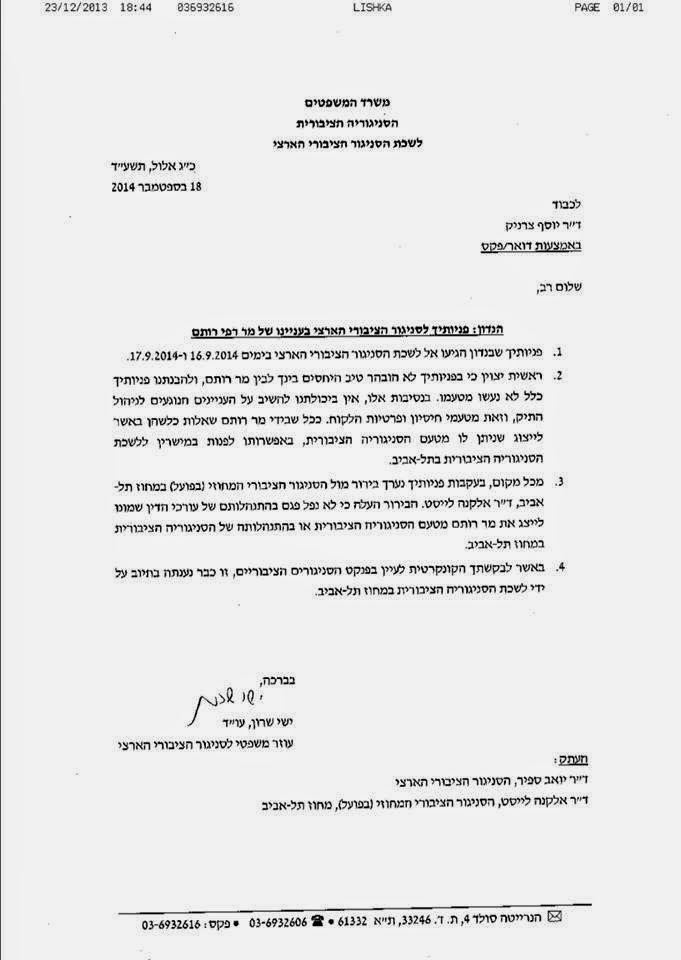 [pic] September 18, 2014 response letter from the office of National Public Defender Yoav Sapir, missing the coat of arms of the State of Israel, missing a reference number, and bearing an invalid fax header, dating the transmission to December 2013.  Attorney Yoav Sapir refuses to respond on repeat requests to confirm that such letter is an authentic communciation from his office.
____
Mr Rotem Shalom,

A criminal prosecution, where attorneys appear as purported Public Defenders with no due appointment and deny Defendant's access to the records in the court file in general, and to the evidence against him in particular, should be deemed serious violation of Human Rights!
The failure to comply with provisions of the law, pertaining to the appointment of a Public Defender a Defendant, by Judge Yael Pradelsky should be deemed inexcusable corruption.
Review of the court files in other cases involving Mr Rotem in the years since he blew the whistle raises serious concern that Rotem is the victim of systemic corruption and serial fraud upon the courts, starting from the Tel-Aviv Regional Labor Court and ending with the Supreme Court.
The conduct of Pro-tem Tel-Aviv District Public Defender Elkana Leist and National Public Defender Yoav Sapir must place fear in any reasonable person!