Many of the named Defendants in the case of Daniel Dydzak [1,2]  are well-known central figures in corruption of the Los Angeles and California legal community and the courts, e.g. Sandor Samuels, of Bet Tzedek, the Los Angeles "House of Justice".

Daniel Dydzak filed recently a Petition for Writ of Certiorari to the US Supreme Court after the Ninth Circuit and Central District of California federal courts illegally dismissed this meritorious case. The RICO case was originally filed in the district court of the District of Columbia, but unlawfully transferred to Judge Manuel Real even though he and all other judges of the Central District of California were disqualified from hearing the litigation. Judge Real, who was almost impeached as a judge and accused of stealing Marcos settlement funds, summarily dismissed the case.

The Ninth Circuit dismissed the case illegally and summarily. The Clerk of the 9TH Circuit Court illegally dismissed the case. The Dismissal Order did not have a proper three-judge quorum as required by Rule 26 of the federal appellate rules. Mr. Dydzak is accusing Charles Schwab of giving financial bribes to various judges, such as State Bar Judge Donald F. Miles and a Review Judge of the State Bar Court, Judith Epstein.
As well, Mr. Dydzak is accusing Scott Drexel, the former terminated Chief Trial Counsel, of getting bribes from Charles Schwab and others.

This valid RICO lawsuit includes claims against Sandor Samuels and Bet Tzedek, the House of Justice. Mr. Dydzak has asked for expedited hearing of the matter, and the US Supreme Court to appoint him counsel, such as Gerry Spence of Jackson Hole, Wyoming.

The Los Angeles Jewish Federation has been fully aware of the situation for years... [3,4]

Posted by Human Rights Alert (NGO) at 4:00 AM No comments:


One must wonder, how much tracking, snooping, eavesdropping would be considered sufficient, if only from cost/effectiveness perspective...  jz 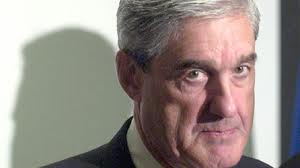 ____Proof the Feds Are Tracking Your CarBy Keegan Hamilton, SalonA Seattle prankster points out the absurdity of a little-known program that's following where you drive.

You Are Being Tracked

Read more about our findings and recommendations in our report, You Are Being Tracked.

"Limited Only by the Imagination": The Need for Legal Limits on License Plate Reader Use»

View all»
Posted by Human Rights Alert (NGO) at 3:25 AM No comments: