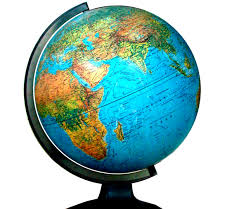 From the Right, a message that is eerily similar to that of Anonymous and Occupy... jz

National Call To Action — ‘The Fate Of The Country Is Now In Our Hands’ –Time For A Change of Government & Leadership To Save The Republic: Gen. Paul E. Vallely, Ret.

It is time for “Forced Resignations” initiated by our Citizens! Our leaders have failed us miserably. The following individuals of America’s leadership team must resign by the “Demand Resignation” process. A revised process will be created to replace these leaders prior to new elections.

We know the ‘Impeachment “process under the Constitution will not be successful because of partisan politics.

Central figure in corruption of the US courts, which underlies the financial crisis, creates himself the image of the knight on the white horse.//

A federal judge with a history of slamming the regulatory system issued scathing remarks against the Department of Justice on Tuesday for allowing Wall Street executives to escape criminal prosecutions. Speaking at an event hosted by the New York City Bar Association on Tuesday, U.S. District Judge Jed Rakoff of Manhattan said the DoJ's "unconvincing" excuses for not prosecuting individuals were "technically and morally suspect."

a call for a worldwide wave of action by #www
Editor's note: This new Anonymous call to action was originally posted to our social network in binary code and is quickly spreading around the internet. We are featuring it here to show our support for the proposed campaign.
com 1
The modern paradigm may still seem insurmountable "because it possesses an outward front, the work of a long past, but is in reality an edifice crumbling to ruin and destined to fall in at the first storm."
-- Gustave Le Bon, The Crowd: A Study of the Popular Mind
The decentralized movement toward freedom is raging across the world. It cannot be stopped. The tipping point is near. Despite the lack of coverage in the mainstream media, actions are springing up on an increasing basis. A wave of transformation is rising. The zeitgeist is shifting in our direction.
At this point, given all the nonviolent direct actions that are currently being planned, it makes strategic sense for us to organize them, in a decentralized way, in a way that the mainstream media cannot ignore. A slightly more coordinated approach is all it will take.
The Awakening Wave
The last time we all rallied together in a loosely knit collective fashion, the Occupy movement was born and the 99% meme brought the corruption of our political and economic system, along with the grotesque inequality of wealth, into mass consciousness in a profound and lasting way. It was the opening act, the awakening wave.
Since the Occupy camps were crushed by brutal police state force, the movement has splintered in many different directions. This is now proving to have been a blessing in disguise. It gave us time to learn from our mistakes, figure out what worked best and forced us back into the autonomous actions that built the movement in the first place. We have now experimented with different tactics and thought through longer-term strategies.
Meanwhile, the repressive conditions that inspired Occupy in the first place have become even more oppressive. Now more than ever, governments no longer have the consent of the governed. A critical mass has lost faith and trust in our existing institutions. The present paradigm has outlived its usefulness. It has been overrun with corruption and rendered obsolete. Our political, economic and legal systems are doing much more to limit our potential than enhance it.
It's Time For A Worldwide Wave of Transformation

occupy by #www
Let's pick a three-month span, perhaps throughout this coming spring, and unite our collective actions into an unprecedented Worldwide Wave that cannot be ignored by anyone.
Let's crowdsource a relentless global wave of action that protests the corrupt, while also rallying around and celebrating effective alternatives and solutions to the vast problems we are confronted by. Imagine thousands of nonviolent guerrilla armies swarming corrupt targets and rallying for viable solutions for a sustained three-month cycle. If we begin preparing now, a massive spring offensive can lead to a summer of transformation.
Staying true to the vital nature of the movement, you lead, in your own way. Pick whatever issues concern you most and run with them, knowing that likeminded people throughout the world will also be fighting in solidarity, in whatever way they can, at the same time you are.
Not Focused Enough?
In an attempt to dismiss and undermine us, status quo propagandists will once again criticize us by saying that our message of systemic change is not focused enough or lacks coherent goals. This feeble attempt to keep people from joining in with us will be overcome by our widespread and consistent actions, which will lead by example and inspire the cultural shift in mass consciousness that we urgently need. Our diverse crowdsourced actions will boldly demonstrate our will to expose, fight and overcome tyrannical systems. By rallying around viable solutions and protesting what we are against, the goals and freedoms that we aspire to will organically become self-evident to all.
Throughout history, when people have fought against tyranny and oppression, they didn't have one perfect utopian model outcome agreed upon beforehand. They just knew that the invading and old systems were detrimental to their wellbeing and had to go. We are now in that position.
Don't let the propagandists fool you. We do not need corrupt corporations or aristocratic government rulers anymore. They are obsolete. People throughout this interconnected technological world have already come up with much more effective systems to replace the tyrannical one that is currently dominating our lives. There are already many effective solutions to our problems, solutions that are held back by the entrenched forces of shortsighted greed. Once a small percentage of us withdraw our participation from corrupt entities and opt out of tyranny, the old and obsolete systems of rule will quickly fall away.
Extensive empirical evidence demonstrates that nonviolent movements toward freedom result in positive outcomes. Research has proven that it only takes approximately 3% of the population engaging in various forms of nonviolent action to create significant meaningful change, for the betterment of society. We now have the necessary critical mass of aware people who are ready, willing and capable.
Guerrilla Tactics
This time the police state will not be able to crush us. We will not have stationary targets. We will be everywhere, fluid and evasive. The movement will be an unstoppable crowdsourced, decentralized and autonomous revolutionary force.
We will engage in a diversity of nonviolent tactics, from large-scale mobilizations to small daily acts. Most of you already know the actions and tactics that are needed. Without revealing too much strategic information, here are a few basic actions to get a fire going in your mind:
-Mass gatherings, demonstrations;
-Marches, parades;
-Flash mobs, swarms;
-Shutdown harmful corporate and governmental operations;
-Worker Strikes;
-Hunger strikes;
-Sit-ins;
-Strategic defaults, debt strikes;
-Foreclosure prevention;
> Boycotting corrupt corporations;
> Move your money out of the big banks and the stock market;
-Use alternative currencies and economic systems;
-Cancel your cable television and support independent media;
-Use independent online tools that don't sell your info and protect your privacy;
-Online civil disobedience, Anonymous operations;
-Leak information on corruption;
-Use alternative energy;
-Build your own urban and hydroponic farms, or get your food from them;
-Support local businesses;
-Join local community organizations;
-Take part in food banks and help develop community support systems;
-Start or join intentional and autonomous communities;
-Experiment with new governing systems, Liquid Democracy;
-Host teach-ins;
-Organize socially conscious events;
-Make conscious media;
-Guerrilla postering, messages on money;
-Help inspiring groups and organizations spread their message;
-Random acts of kindness and compassion;
-Mass meditations, prayer sessions and spiritual actions.
The list goes on and on. You know what you can do to play a part. Do whatever you feel inspired to do. Amplify what you are already doing. Think about what you are willing to do to be the change that we urgently need to see in the world, and then do it.
Don't get bogged down in infighting and caught up in negativity. Ignore the saboteurs. Collaborate with people who inspire you. Keep moving forward with an indomitable will, a compassionate spirit and radiate a positive attitude. Moods are contagious. Be passionate and have fun!
Our ability to take part in civil disobedience is multiplied by our ability to easily record the actions on video and spread them throughout the Internet. By flooding social media with these inspiring videos, we will create a positive feedback loop that translates into more action on the ground.
Radical change is urgently needed, so let's make transforming the world the cool thing to do. Let's create a culture of transformation. Let's blaze a contagious nonviolent wave of action through mass consciousness, signaling the end of the old world, ushering in a new paradigm.
Now is the time.
~~*~~
Ride the Worldwide Wave of Transformation
001101000010111000110100001011100011000100110100
#www
Tweak this meme! This is a draft call to action, a work in progress. Feel free to make changes to it and spread it around however you see fit.
Source link
http://www.opednews.com/articles/2/A-Call-For-a-Crowdsourced-by-Press-Release-Action_Activism_Occupy-Wall-Street-OWS-131118-570.html
Posted by Human Rights Alert (NGO) at 1:07 PM No comments: 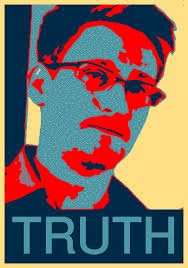 Secret courts, and US judges protecting our rights... what could you expect for an outcome??? JZ
___
RT

The documents released for the first time by the Obama administration include 2009 court records in which the NSA acknowledged it improperly collected data despite repeated assurances to the contrary. The NSA engaged in what John D. Bates, the presiding judge over the Foreign Intelligence Surveillance Act court, called "systemic overcollection."

NSA broke its own rules in 'virtually every' record, declassified documents show
rt.com
The National Security Agency systematically broke its own rules and collected information it wasn't supposed to, according to 1,000 pages of highly redacted classified files released for the first time by the Obama a