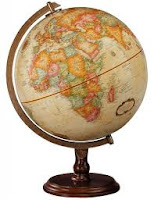 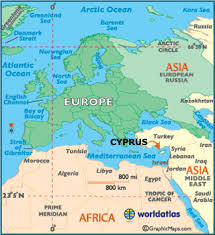 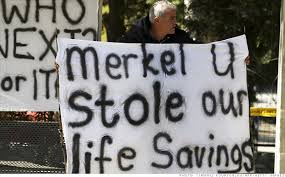 Cyprus Mob Cheers As Man Scales Embassy And Rips Down German Flag
Posted: 21 Mar 2013 12:53 AM PDT
Watch the lowering of the German flag in Cyprus. Raw video yesterday outside the German Embassy in Nicosia as angry protesters cheer spiderman as he climbs the scaffolding, disappears,...

Posted by Human Rights Alert (NGO) at 3:28 PM No comments:

13-03-21 US: Left right and center - the government-media complex routinely deceives the people

Ten years ago this week, the United States pre-emptively attacked Iraq in a war that would last for eight years claiming an estimated 189,000 lives, costing over $2 trillion and causing untold economic and emotional devastation for the Iraqi people.

In this 2007 documentary that originally aired on Bill Moyers Journal, Moyers investigates big media’s role as cheerleader in the clamor for war in the months preceding the March 19, 2003 invasion. How did the mainstream press get it so wrong in the run-up to the Iraq War?

The story of how high officials misled the country has been told. But they couldn’t have done it on their own; they needed a compliant press, to pass on their propaganda as news and cheer them on. How did the evidence disputing the existence of weapons of mass destruction and the link between Saddam Hussein to 9-11 go largely unreported? “What the conservative media did was easy to fathom; they had been cheerleaders for the White House from the beginning and were simply continuing to rally the public behind the President — no questions asked. How mainstream journalists suspended skepticism and scrutiny remains an issue of significance that the media has not satisfactorily explored,” says Moyers. “How the administration marketed the war to the American people has been well covered, but critical questions remain: How and why did the press buy it, and what does it say about the role of journalists in helping the public sort out fact from propaganda?”

In 2004, President Bush landed on the aircraft carrier USS Lincoln wearing a flight suit and delivered a speech in front of a giant “Mission Accomplished” banner. He was hailed by media stars as a “breathtaking” example of presidential leadership in toppling Saddam Hussein. Despite profound questions over the failure to locate weapons of mass destruction and the increasing violence in Baghdad, many in the press confirmed the White House’s claim that the war was won. MSNBC’s Chris Matthews declared, “We’re all neo-cons now;” NPR’s Bob Edwards said, “The war in Iraq is essentially over;” and Fortune magazine’s Jeff Birnbaum said, “It is amazing how thorough the victory in Iraq really was in the broadest context.”

“Buying the War” includes interviews with Dan Rather, formerly of CBS; Tim Russert of Meet the Press; Bob Simon of 60 Minutes; Walter Isaacson, former president of CNN; and John Walcott, Jonathan Landay and Warren Strobel of Knight Ridder newspapers, which was acquired by The McClatchy Company in 2006.

In “Buying the War” Bill Moyers and producer Kathleen Hughes document the reporting of Walcott, Landay and Strobel, the Knight Ridder team that burrowed deep into the intelligence agencies to try and determine whether there was any evidence for the Bush Administration’s case for war. “Many of the things that were said about Iraq didn’t make sense,” says Walcott. “And that really prompts you to ask, ‘Wait a minute. Is this true? Does everyone agree that this is true? Does anyone think this is not true?’”

In the run-up to war, skepticism was a rarity among journalists inside the Beltway. Journalist Bob Simon of 60 Minutes, who was based in the Middle East, questioned the reporting he was seeing and reading. “I mean we knew things or suspected things that perhaps the Washington press corps could not suspect. For example, the absurdity of putting up a connection between Saddam Hussein and Al Qaeda,” he tells Moyers. “Saddam…was a total control freak. To introduce a wild card like Al Qaeda in any sense was just something he would not do. So I just didn’t believe it for an instant.”

The program analyzes the stream of unchecked information from administration sources and Iraqi defectors to the mainstream print and broadcast press, which was then seized upon and amplified by an army of pundits. While almost all the claims would eventually prove to be false, the drumbeat of misinformation about WMDs went virtually unchallenged by the media. The New York Times reported on Iraq’s “worldwide hunt for materials to make an atomic bomb,” but according to Landay, claims by the administration about the possibility of nuclear weapons were highly questionable. Yet, his story citing the “lack of hard evidence of Iraqi weapons” got little play. In fact, throughout the media landscape, stories challenging the official view were often pushed aside while the administration’s claims were given prominence. “From August 2002 until the war was launched in March of 2003 there were about 140 front page pieces in the Washington Post making the administration’s case for war,” says Howard Kurtz, the Post’s media critic. “But there was only a handful of stories that ran on the front page that made the opposite case. Or, if not making the opposite case, raised questions.”

“Buying the War” examines the press coverage in the lead-up to the war as evidence of a paradigm shift in the role of journalists in democracy and asks, four years after the invasion, what’s changed? “More and more the media become, I think, common carriers of administration statements and critics of the administration,” says the Washington Post’s Walter Pincus. “We’ve sort of given up being independent on our own.”

A full transcript of the show below the fold...
Posted by Human Rights Alert (NGO) at 2:10 AM No comments: