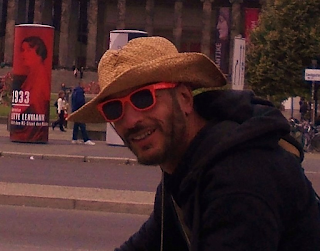 I know that you have a problem with my preoccupation with government computers, but let's get over it with the Holiday spirit... 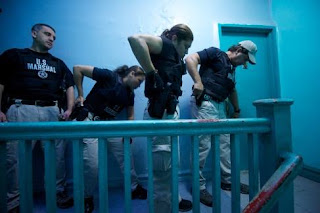 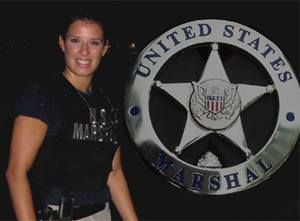 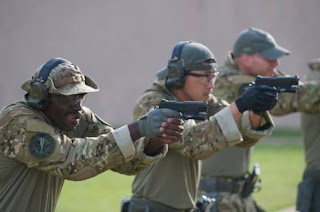 Pics: US Marshal Service in action...
____
Catching up with US Deputy Marshal Darcy Smith, who was charged with apprehending me in April 2010 in Los Angeles, California...  After I failed to appear for an "interview" by the "Threat Unit", she sent an armed gang to get me. Luckily I was out partying (it was Saturday night for heaven's sake!). When I returned on Sunday morning, the neighbors were scared. They said that the federal agents looked trigger happy, and asked me to turn myself in, before the gang returns, since they were concerned that they would get hurt in the shooting... In US gov parlance it's called "collateral damage" - unrelated persons, killed in the action. You don't bother to count them...
_____

Hi Darcy,
Happy Holidays!
How are you doing? How is your career going? I hope that the fact that you never got me didn't register as a negative evaluation in your file...
I've been doing great. This past year, 2015, in particular, has been uniquely productive for me:
* A book I brought to press with the largest publisher in Israel, "The Mill of Life" by Yitzhaq Shami (1888-1949), has just won the 2015 "Masterpiece" award by the Minister of Culture.
* My report on fraud in the US federal courts was received, reviewed and incorporated into the 2015 UN Human Rights Council report on Human Rights in the United States, with the note:
HRA NGO recommended restoring the integrity of the IT systems of the courts, under accountability to the Congress, with the goal of making such systems as transparent as possible to the public at large.”
It is my third report that is accepted. The first one, in 2010, was the one that irritated the US gov, then there was the 2013 report on Israel, and now the 2015 report on the US federal courts.
* Lectured in Zurich, Switzerland and in Portsmouth, UK in European conferences on e-government and fraud by government on the people in the courts and prisons...
* Just this past month I've received two other speaking requests from European conferences, but I decided not to travel for some time, stay home, focus, and write a book chapter for a textbook on e-government.
I know that you have a problem with my preoccupation with government computers, but let's get over it with the Holiday spirit... :)
Over the years since we parted, I have become kind of international expert on e-government and computer fraud in the courts. A textbook on "Machine Learning" found my application of data-mining to Human Rights research among "Notable uses", and summarized it as follows: [i]
Data mining of government records - particularly records of the justice system (i.e., courts, prisons) - enables the discovery of systemic human rights violations in connection to generation and publication of invalid or fraudulent legal records by various government agencies. [ii,iii]
I've also been writing on current affairs, often for OpEdNews.com. Separately, I wrote a few times on literature in the respectable Israeli Haaretz literary supplement...
In short, I am busier than ever... The armed gang you sent to get me in April 2010 was indeed a wake up call for me, that it was time to move my shop out of LA.
I must admit that the weather in Tel-Aviv can't compare with the weather in LA. The winters here are nice, I still swim my daily 2-3 km in the open-air olympic-size sea water pool on the beach in the middle of the winter. But the summers here is more like Florida, hot and muggy. Such is life, full of compromises... But overall, I am having fun...
Looking forward to hearing from you.  Any adventures that aren't classified and you may share from land of the free and home of the brave?
Don't overwork yourself, and remember to save some time for fun...
Best wishes for 2016! And keep in touch!
Love,
Joe

Joseph Zernik Dear Coleen: I've been writing to my friend Darcy on a regular basis, telling her all about my life, my computer hobbies, and my feelings. Two years ago, she wrote to me "fool me once...", and since then she wouldn't answer my emails. What should I do? Swimmer in TLV Coleen Rowley

Coleen Rowley It's always nice to send annual updates and keep the lines of communication open with people you encounter on life's journey! And kudos on all your varied efforts at educating and informing others!

Posted by Human Rights Alert (NGO) at 6:55 AM No comments:

December 6 - Bet Tzedek - "The Los Angeles House of Justice" - an affiliate of the Greater Los Angeles Jewish Federation, will honor Eric Holder - former US Attorney General in its annual dinner party.
Under former Presidents Sandor Samuels (then Countrywide Chief Legal Officer and later Bank of America Associate Chief Legal Counsel) and David Pasternak (today President of the California Bar Association) Bet Tzedek effectively was the headquarters of the Los Angeles organized crime gang of banksters, lawyers and judges.
Eric Holder is notorious for his brainchild,  "Too big to fail, too big to jail" - permitting criminality of the banks with no law enforcement.
Bet Tzedek honors Eric Holder! Cheers!
OpEdNews Op Eds 5/20/2014 at 10:22:47

Posted by Human Rights Alert (NGO) at 4:45 AM No comments: