Former PM Ehud Olmert and suspected fraud by Judge Avital Chen of the Jerusalem Court
In the context of correspondence, which Attorney Feldman proposed to publish in the site named “The Hottest Place in Hell”, the current letter deals with perversion of court records by the Court in former PM Ehud Olmert's perversion of court process trial, with Presiding Judge Avital Chen of the Jerusalem Magistrate Court, and Net-HaMishpat – IT system of the Court. Attorney Feldman, a legendary criminal defense attorney, and one who knows Israeli judges well, is asked to provide his opinion and propose explanations for the circumstances, including explanations involving ghosts and gremlins, as he did in the past... Arrests with no judgment records and no arrest warrants are typical of dictatorial regimes. If former PM Olmert is arrested on February 14, 2016, based on a trial with no judgment records and no arrest warrant, one should take it to be a declaration of regime change, which so far was undeclared...
http://inproperinla.blogspot.

Figure 1: The February 10, 2016 hearing, which was widely reported by media was entered in the Court Calendar: “Reading of Sentencing” by Presiding Judge Avital Chen.
____

Figure 2: Two hearings are entered under the Case Calendar – on February 2, 2016 (Arraignment) and on February 10, 2016 (Reading of Sentencing), and for both the existence of protocols is indicated.
____

Figure 3: The “Decisions Docket” lists only one decision by Judge Avital Chen, dated January 19, 2016. The Decision says: “I schedule arraignment and presentation of the plea bargain deal for February 2, 2016, at 12:00 noon. The Office of the Clerk shall summon the parties.“ The two protocols, listed in the Case Calendar fail to be entered in the “Decisions Docket”.
____

Figure 4: The “Judgment Docket” says: “No details were found”.
____
Today, I plan on filing a “Pro Forma” Request to Inspect in State of Israel v Ehud Olmert (38168-01-16) in the Jerusalem Magistrate Court, similar to requests that I have recently filed in other cases. In such requests I ask that the Court correct the missing entries, purportedly human errors, pertaining to the registration of duly made protocols, verdict, sentencing, and arrest warrant under the publicly accessible “Decisions Docket” and the “Judgment Docket” in Net-HaMishpat.
As one who knows well the hearts of Israeli judges, I wonder what you expect Judge Avital Chen's response would be.
In my opinion, if former PM Ehud Olmert is imprisoned, while Judge Avital Chen and the the Jerusalem Magistrate Court continue to deny public access to judgments and arrest warrant, the matter should be deemed internationally newsworthy, given Olmert's station in life as former prime minister... One should consider it some kind of declaration of regime change in Israel, which so far was unannounced...
I would be glad to read your response!
Truly,
Joseph Zernik
OccupyTLV
Human Rights Alert – NGO
LINKS: Below 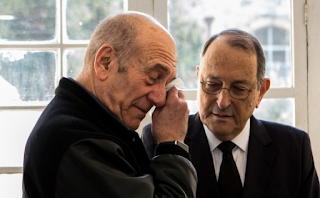 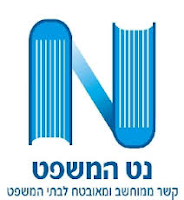 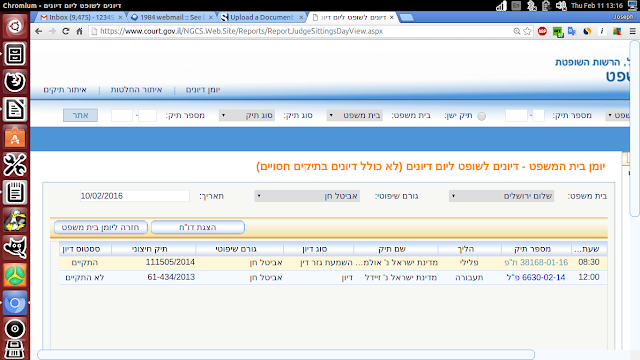 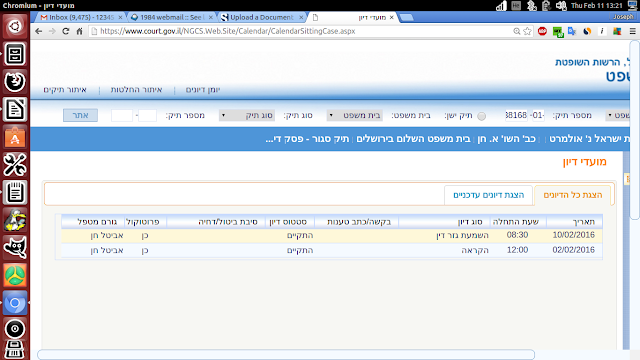 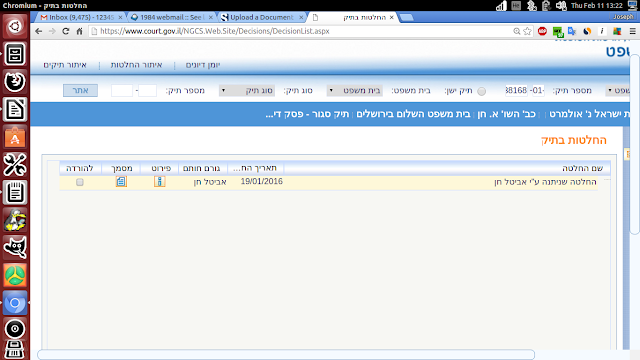 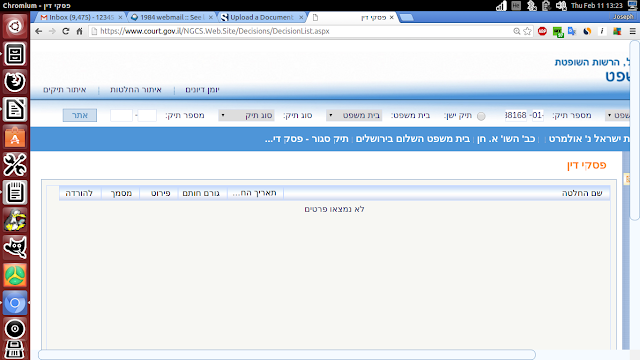 Posted by Human Rights Alert (NGO) at 6:49 AM No comments: