Petition Filed in U.S. Court, Washington DC "To Compel a U.S. Officer to Perform His Duties..." 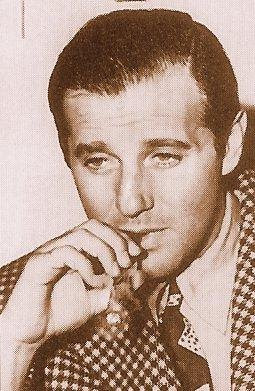 Washington DC, Friday, May 1, 2009 - petition filed in U.S. District Court for a writ of mandamus - "to compel a U.S. Officer to Perform His Duties" (Zernik v Melson et al 1:09-cv-00805).  The officers in question are Director of U.S. Department of Justice, Kenneth Melson, and Assistant Director of FBI, Kenneth Kaiser, who provided  false and deliberately misleading responses to inquiries from Congress in this case - by Senator Dianne Feinstein and Congresswoman Diane Watson (August-September 2008).

The petition alleges that the U.S. Dept of Justice and FBI tolerate conditions in LA County, California, that are contrary to civil rights guaranteed in the Amendments and also contrary to the Universal Declaration of Human Rights.

Drug sales for profit by law enforcement agencies - fuel the engine of corruption
The petition alleges that such treatment of this county by federal agencies goes back at least to the early 80's and drug sales for profit by CIA in Los Angeles, as part of Iran-Contra.  That scandal, fully documented in  USDOJ report from December 1987, inevitably involved corruption of the justice system in LA County, both state and local branches of federal agencies.

The petition alleges that such corruption continued through the Rampart scandal investigation, which in fact was cover-up of further drug sales for profit by various law enforcement agencies.  The petition calls for investigation of the conduct of Judge Jacqueline Connor in the First Rampart Trial and elsewhere.

The petition alleges that such corruption, involving drug sales for profit by law enforcement agencies in LA continues even today, as evidenced by the refusal of LAPD narcotics officers to comply with provision of the Consent Decree that required annual financial disclosures, and also by the fact that the LAPD Chief today supports the refusal of the narcotic officers to comply with the Consent Decree.
The petition alleges that the Overseer for civil rights that was appointed during the Bush administration in response to the collapse of the Rampart investigation, was just a fig leaf, as was the case of the Overseer in Guantanamo Bay.

Fraudulent case management systems, and denial of access to public records at the courts - the enabling tools of the rackets
The petition alleges that the case management systems introduced in the civil and criminal courts in LA around 1985, at a time that Ronald George - today Chief Justice of the California Supereme Court, was in leadership positions in the LA Superior Court, and which were produced by Sustain, controlled by the Daily Journal - the largest legal newspaper in California,  are massive fraud on the people.

The petition alleges that the elimination of the Books of Court and the denial of public access to court records that accompanied the introduction of the case management systems, as well as the "local custom" of  "waiving" service and notice by the court of its minute orders, combined - set the court system here some hundreds of years behind standards that are guaranteed in other regions of the U.S.

Real estate frauds - specialty of the LA Judiciary Racket
The petition alleges that judges of the LA Superior court engage in real estate frauds as a racket, through the Enterprise Track - cases that in fact are not part of the Superior Court of California, but appear to naive parties to be so.  Examples are provided from my case, Samaan v Zernik, and from another case, Galdjie v Darwish.  These cases share so many traits, that a reasonable person would conclude that the underlying disputes themselves ("oral modifications of real estate contracts") were entirely fabricated at the invitation of LA Superior court judges, to be looted in the court.  In both cases, the Clerk of the Court today refuses to confirm that the cases were valid cases of the Superior Court, that the judges were duly assigned (none had assignment orders), and that judgments were valid effectual judgments of the Superior Court of California.  Both cases involved  the taking of real property by some of the same judges - e.g. John Segal, and both involved Att David Pasternak, former president of LA County Bar Association as "Receiver" for real properties.  The Grant Deed issued by Pasternak in my case was opined by veteran FBI agent decorated by FBI Director, by U.S> Congress, and by the U.S. attorney general to be ".. frauds being committed...".

The Petition alleges that search at the LA County Registrar/Recorder office revealed numerous similar grant deeds by Pasternak there, and conditions at that office, which allowed filing of such Grant Deeds, facilitated real estate frauds.

Lawlessness in LA County facilitated the growth of corrupt legal practices at Countrywide
The petition alleges that LA County was established per FBI reports as the "epicenter of an epidemic of real estate and mortgage frauds" well before the sub-prime heist was identified, and that conditions of the justice system in LA County were quintessential for the development of Countrywide into a corrupt organization.  The focus of corruption was the conduct of the Legal Department, which was headed at that time by Sandor Samuels.  Such corrupt legal practices were evidenced in January 2008 in the Pittsburgh Pennsylvania Court, where Countrywide filed "recreated letters" as evidence.  Such corrupt legal practices were evidenced in March 2008 Memorandum Opinion of the Hon Judge Bohm in Houston Texas, relative to deceitful employment of outside counsel.   The petition alleges that both of these deceit techniques, unveiled in 2008 in Pennsylvania and Texas, are still utilized today, in 2009 in LA Superior Court in my case, under control of Bank of America.

Cover-up of the criminal conduct at Countrywide, and corruption of Bank of America through the Bailout, are harbinger of greater dangers to the U.S. economy
The petition alleges that the failure of FBI to find anything in its investigation, while issuing public statements of an intensive investigation of Countrywide - if deceit on the public and on elected officials.

The petition alleges that the merger-bailout of Countrywide with Bank of America, where Bank of America is allowed to grow beyond limits previously set, and where Bank of America agreed to take over a corrupt organization, must have been accompanied by some secret promises or understandings.  Such promises, legally valid or not, by Bush administration officials, which amounted to de facto immunities for Bank of America from criminal liabilities are expressed today in the failure of the FBI investigation of the sub-prime heist, and in refusal of FBI and SEC to investigate obvious material violations of the law by Countrywide in my case.

The petition alleges that the false and deliberately misleading responses by Assistant Director Kaiser, FBI, and Director Melson, USDOJ to the Hon Congresswoman Watson and Senator Feinstein were part of such cover-up by FBI and USDOJ.

The petition alleges that Att Richard Fine, former U.S. Attorney, is falsely indefinitely imprisoned for contempt since early March 2009, after leading the fight to expose the payment to LA Superior Court judges that were "not permitted".

Following is the abstract appearing on the face page of my filing in the U.S. Court in Washington DC on May 1, 2009:

PETITION FOR WRIT OF MANDAMUS
PLAINTIFF ALLEGES SEVERE ABUSE OF HIS CIVIL RIGHTS, AND REFUSAL OF U.S. OFFICERS TO PERFORM THEIR DUTIES. PLAINTIFF WAS FORCED OUT OF HIS HOME UNDER THE THREAT OF FORCE AND HAD HIS PROPERTY TAKEN FOR PRIVATE USE WITH NO COMPENSATION AT ALL UNDER THE COLOR OF LAW. VETERAN FBI AGENT. DECORATED BY U.S. CONGRESS. BY FBI DIRECTOR, AND BY US. ATTORNEY GENERAL OPINED: "..FRAUDS BEING COMMITTED.. ,," PLAINTIFF ALSO HAD THREE (3) GAG ORDERS IMPOSED, THROUGH EX PARTE PROCEDURES TO BENEFIT LARGE CORPORATIONS, AND ALLEGEDLY FRAUDULENT JUDGMENTS OF CONTEMPT AND SERIOUS SANCTIONS EXCEEDING $30,000 IMPOSED,
PLAINTIFF WAS ALSO FALSELY THREATENED WITH JAIL, IN LOS ANGELES COUNTY, CA. WHERE  MANY ARE FALSELY IMPRISONED: THE RAMPART-FIPS - ESTIMATED AT 10,000 OR MORE PER PBS 'FRONTLINE' BROADCAST (2001), MOSTLY BLACK AND LATINO. THEY WERE LEFT FALSELY IMPRISONED A DECADE AFTER THE MASSIVE RAMPART CORRUPTION INVESTIGATION (1998-2000) ENDED ALBEIT - WITH NO REPORT EVER BEING WRITTEN... ATTORNEY RICHARD FINE - A FORMER U.S. ATTORNEY LED THE FIGHT AGAINST PAYMENTS TO ALL LA SUPERIOR COURT JUDGES AT $45,000 PER YEAR, PER JUDGE. THAT WOULD BE NAMED BY A LAYPERS0N "BRIBES," AND WERE RULED IN OCTOBER 2008 "NOT PERMITTED," HE IS NOW INDEFINITELY JAILED FOR CONTEMPT, UNDER CONDITIONS THAT ARE REPORTED TO BE UNREASONABLE.
FOR TWO YEARS FBI AND USDOJ REFUSE TO PERFORM THEIR DUTIES AND GUARANTEE PL1YS EQUAL PROTECTION AGAINST SEVERE ABUSE OF HIS CIVIL RIGHTS UNDER THE COLOR OF LAW.  MOREOVER, WITH OVERWHELMING EVIDENCE OF LONG-TERM, WIDESPREAD CORRUPTION. USDOJ SECTION OF PUBLIC INTEGRITY SHOWS NO INDICTMENTS AND NO PROSECUTIONS IN LA IN THE PAST 25 YEARS!
UNDERLYING MA MATTER IS ALLEGED RICO AND FALSE CLAIMS AGAINST U.S. GOVERNMENT BY COUNTRYWIDE. NOW WHOLLY OWNED BY BAC. FRAUDS ALLEGED IN MY CASE BY COUNTRYWIDE ARE REPEATS OF THOSE REBUKED BY THE HON. U.S. JUDGE BOHM IN TEXAS MARCH 2008. AND IN PITTSBURGH PENN COURT IN JAN 2008.
IN RESPONSE TO INQUIRIES BY THE HONORABLE SENATOR FEINSTEIN & CONGRESSWOMAN WATSON IN MY CASE, FBI & USDOJ PROVIDED FALSE AND DELIBERATELY MISLEADING RESPONSES TO U.S. CONGRESS.
DAMAGES SOUGHT IN SUM TO BE DETERMINED, AND ALSO AWARD PER CIVIL RICO AND FALSE CLAIMS ACT.