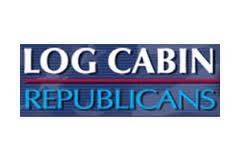 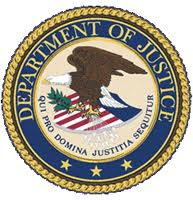 RE: Log Cabin Republicans v United States of America et al (2:04-cv-08425) - Notice to Counsel in re: Request for investigation, impeachment proceedings where appropriate, in re: TERRY NAFISI, Clerk of the US District Court, Central District of California

Please take notice of Request for Investigation, Impeachment Proceedings where Appropriate, in re: TERRY NAFISI, Clerk of the US Court, Central District of California (attached below), filed this date with the United States Congress, pertaining to matters including, but not limited to Log Cabin Republicans v United States of America et al (2:04-cv-08425) - alleged as pretense litigation and Fraud on the Courts.

The evidence in the matter shows that both judgments published in the case, one in favor of the United States - dismissing the petition for injunction, and the other in favor of the Log Cabin Republicans - granting a permanent injunction, were issued by judges acting with no due Assignment Orders, and with no authority at all.

Moreover, the litigation records, as a whole, show litigation that has been conducted iin a manner that is inexplicable relative to provisions of the Federal Rules of Civil Procedure and the Civil Litigation Management Manual, published by the Judicial Conference of the United States. [1]

Your attention to this matter is urgently requested.

Request for investigation, impeachment proceedings where appropriate, in re: TERRY NAFISI Clerk of the Court, US District Court, Central District of California
See: http://www.scribd.com/doc/44818903/
Posted by Human Rights Alert (NGO) at 11:19 AM No comments:

Posted by Human Rights Alert (NGO) at 7:35 AM No comments:

Posted by Human Rights Alert (NGO) at 2:45 AM No comments:

Terry Nafisi, Clerk of the US Court
Central District of Caifornia

The request alleged that conduct of Clerk TERRY NAFISI constituted violations of her Oath of Office, including, but not limited to: denial of access to the courts, deprivation of rights under the color of law, and/or misprision of felonies; therefore - impeachable offences.

The request listed three specific cases, which should be considered of the highest public policy significance, because of the nature of underlying matters:

1. Fine v Sheriff (2:09-cv-01914)
It was alleged that Clerk TERRY NAFISI colluded with Judge JOHN WALTER and Magistrate CARLA WOEHRLE in the conduct of pretense litigation under Fine v Sheriff, intended to cover-up alleged criminality by Judge DAVID YAFFE of the Superior Court of California, County of Los Angeles and Sheriff LEROY BACA, County of Los Angeles, pertaining to alleged false imprisonment of former US prosecutor Richard Fine with no valid arrest and/or booking records.

2. Zernik v Connor et al (2:08-cv-01550)
It was alleged that Clerk TERRY NAFISI colluded with Judge VIRGINIA PHILLIPS and Magistrate CARLA WOEHRLE in the conduct of pretense litigation under Zernik v Connor et al, intended to cover-up criminality by BANK OF AMERICA CORPORATION (and COUNTRYWIDE FINANICIAL CORPORATION) and its most senior officers, and also alleged criminality by Judges of the Superior Court of California, County of Los Angeles, all named Defendants in the caption.

The request alleged that conduct of Clerk TERRY NAFISI undermined the Human, Constitutional, and Civil rights of all who came to the US District Court, Central District of California for protection of rights. Furthermore, conduct of Clerk NAFISI undermined Banking Regulation in the United States. It was noted that the Central District of California was one of the most populous in the United States.

The request further noted that conduct of Clerk TERRY NAFISI also reflected structural deficiencies in the integrity of the United States courts:

1. Lack of accountability of the Clerks of the Courts for the integrity of the electronic court records.

2. Lack of validity and integrity of PACER and CM/ECF as electronic court administration systems.

The request also outlined proposed corrective measures by US Congress relative to such deficiencies:

1. Restoring provisions of the Salary Act of 1919 - placing the clerks under the authority of the US Attorney General.

2. Enacting federal rules for the electronic administration of the courts.