Posted by Human Rights Alert (NGO) at 7:02 PM No comments:

Following a year of violent crackdowns on peaceful protests around the country, the United States fell 27 places on the Reporters Without Borders tenth annual Press Freedom Index of 2011 to 47th overall, more than doubling its 2010 standing at 20th.

(Reuters) - U.S. Attorney General Eric Holder and Lanny Breuer, head of the Justice Department's criminal division, were partners for years at a Washington law firm that represented a Who's Who of big banks and other companies at the center of alleged foreclosure fraud, a Reuters inquiry shows.

By Craig Andresen on January 26, 2012 at 9:25 am
http://www.thenationalpatriot.com/?p=4138#more-4138
Given the testimony from today's court case in Georgia, Obama has a lot of explaining to do. His attorney, Jablonski, was a NO SHOW as of course, was Obama.

The following is a nutshell account of the proceedings.

Promptly at 9am  EST, all attorneys involved in the Obama Georgia eligibility case were called to the Judge's chambers. This was indeed a very interesting beginning to this long awaited and important case.

The case revolved around the Natural Born clause of the Constitution and whether or not Obama qualifies under it to serve. More to the point, if found ineligible, Obama's name would not appear on the 2012 ballot in Georgia.

With the small courtroom crowded, several in attendance could be seen fanning themselves with pamphlets as they waited for the return of the attorneys and the appearance of the judge.
Obama himself, who had been subpoenaed to appear, of course was nowhere near Georgia. Instead, Obama was on a campaign swing appearing in Las Vegas and in Colorado ignoring the court in Georgia.
Over the last several weeks, Obama’s attorney, Michael Jablonski, had attempted several tactics to keep this case from moving forward. He first tried to have it dismissed, then argued that it was irrelevant to Obama. After that, Jablonski argued that a state could not, under the law, determine who would or would not be on a ballot and later, that Obama was simply too busy with the duties of office to appear.
After all these arguments were dispatched by the Georgia Court, Jablonski, in desperation, wrote to the Georgia Secretary of State attempting to place Obama above the law and declared that the case was not to he heard and neither he nor his client would participate.

Secretary of State, Brian Kemp, fired back a letter hours later telling Jablonski he was free to abandon the case and not participate but that he would do so at his and his clients peril.

Game on.
5 minutes.
10 minutes.
15 minutes with the attorneys in the judge's chambers.
20 minutes.

It appears Jablonski is not in attendance as the attorneys return, all go to the plaintiff table 24 minutes after meeting in the judge's chambers.
Has Obama's attorney made good on his stated threat not to participate? Is he directly ignoring the court's subpoena? Is he placing Obama above the law? It seems so. Were you or I subpoenaed to appear in court, would we or our attorney be allowed such action or, non action?
Certainly not.

Court is called to order.
Obama's birth certificate is entered into evidence.
Obama's father's place of birth, Kenya East Africa is entered into evidence.
Pages 214 and 215 from Obama's book, 'Dreams from My Father' entered into evidence. Highlighted. This is where Obama indicates that, in 1966 or 1967 that his father's history is mentioned. It states that his father’s passport had been revoked and he was unable to leave Kenya.
Immigration Services documents entered into evidence regarding Obama Sr.
June 27th, 1962, is the date on those documents. Obama’s father’s status shown as a non citizen of the United States. Documents were gotten through the Freedom of Information Act.
Testimony regarding the definition of Natural Born Citizen is given citing Minor vs Happersett opinion from a Supreme Court written opinion from 1875. The attorney points out the difference between “citizen” and “Natural Born Citizen” using charts and copies of the Minor vs Happersett opinion.
It is also pointed out that the 14th Amendment does not alter the definition or supersede the meaning of Natural Born. It is pointed out that lower court rulings do not conflict with the Supreme Court opinion nor do they over rule the Supreme Court Minor vs Happersett opinion.
The point is, to be a natural born citizen, one must have 2 parents who, at the time of the birth in question, be citizens of the United States. As Obama’s father was not a citizen, the argument is that Obama, constitutionally, is ineligible to serve as President.

Judge notes that as Obama nor his attorney is present, action will be taken accordingly.

Carl Swinson takes the stand.
Testimony is presented that the SOS has agreed to hear this case, laws applicable, and that the DNC of Georgia will be on the ballot and the challenge to it by Swinson.

Mr. Allen from Tuscon AZ sworn in.
Disc received from Immigration and Naturalization Service entered into evidence. This disc contains information regarding the status of Obama’s father received through the Freedom of Information Act.
This information states clearly that Obama's father was NEVER a U.S. Citizen.

At this point, the judge takes a recess.

David Farrar takes the stand.
Evidence showing Obama's book of records listing his nationality as Indoneasan. Deemed not relevant by the judge.

Orly Taitz calls 2nd witness. Mr. Strump.
Enters into evidence a portion of letter received from attorney showing a renewal form from Obama's mother for her passport listing Obama's last name something other than Obama.


State Licensed PI takes the stand. She was hired to look into Obama's background and found a Social Security number for him from 1977. Professional opinion given that this number was fraudulent. The number used or attached to Obama in 1977, shows that Obama was born in the 1890. This shows that the number was originally assigned to someone else who was indeed born in 1890 and should never have been used by Obama.
Same SS number came up with addresses in IL, D.C. and MA.

Next witness takes the stand.
This witness is an expert in information technology and photo shop. He testifies that the birth certificate Obama provided to the public is layered, multiple layered. This, he testifies, indicates that different parts of the certificate have been lifted from more than one original document.

Linda Jordan takes the stand.
Document entered regarding SS number assigned to Obama. SS number is not verified under E Verify. It comes back as suspected fraudulent. This is the system by which the Government verifies ones citizenship.

Next witness - Mr. Gogt.
Expert in document imaging and scanners for 18 years.
Mr. Gogt testifies that the birth certificate, posted online by Obama, is suspicious. States white lines around all the type face is caused by “unsharp mask” in Photoshop. Testifies that any document showing this, is considered to be a fraud.
States this is a product of layering.
Mr. Gogt testifies that a straight scan of an original document would not show such layering.
Also testifies that the date stamps shown on Obama documents should not be in exact same place on various documents as they are hand stamped. Obama’s documents are all even, straight and exactly the same indicating they were NOT hand stamped by layered into the document by computer.

Next witness, Mr. Sampson
A former police officer and former immigration officer specializing in immigration fraud.
Ran Obama's SS number through database and found that the number was issued to Obama in 1977 in the state of Connecticut . Obama never resided in that state. At the time of issue, Obama was living in Hawaii.
Serial number on birth certificate is out of sequence with others issued at that hospital. Also certification is different than others and different than twins born 24 hours ahead of Obama.
Mr. Sampson also states that portion of documents regarding Mr. Sotoroe, who adopted Obama have been redacted which is highly unusual with regards to immigration records.
Suggests all records from Social Security, Immigration, Hawaii birth records be made available to see if there are criminal charges to be filed or not. Without them, nothing can be ruled out.
Mr. Sampson indicates if Obama is shown not to be a citizen, he should be arrested and deported and until all records are released nobody can know for sure if he is or is not a U.S. Citizen.

Taitz shows records for Barry Sotoro aka Barack Obama, showing he resides in Hawaii and in Indonesia at the same time.

Taitz takes the stand herself.
Testifies that records indicate Obama records have been altered and he is hiding his identity and citizenship.

Taitz leave the stand to make her closing arguments.
Taitz states that Obama should be found, because of the evidence presented, ineligible to serve as President.

And with that, the judge closes the hearing. 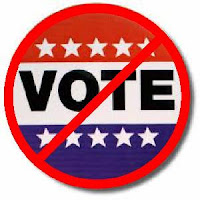 Boycott the vote! It only legitimizes the illegitimate...
11-12-10 Where Should #Occupy Go Next? Civil Disobedience in the Footsteps of Thoreau and Gandhi!
http://www.scribd.com/doc/75348301/ 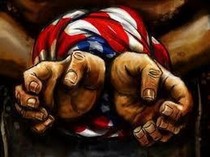 Updated 1/23, 10:00 a.m.
The "occupy" movement took its campaign against corporate domination to the federal judiciary on Friday, storming the U.S. Supreme Court building and demonstrating at other federal courthouses nationwide to protest the high court’s 2010 "Citizens United" decision.
"Corporations are not persons, and money is not political speech!" proclaimed "Occupy the Courts" leader David Cobb in front of several hundred people at a grassy area on U.S. Capitol grounds across the street from the Supreme Court.
READ:
http://legaltimes.typepad.com/blt/2012/01/occupy-the-courts-protests-hit-supreme-court-and-federal-courthouses-nationwide-.html
Posted by Human Rights Alert (NGO) at 1:48 AM No comments: