“Not every regime succumbs to Corona, but Israel’s is in the high-risk group”
A dramatic day, including a black flag car convoy to the the Knesset (parliament) in Jerusalem battling with police and a Supreme Court hearing regarding new big brother electronic policing… in the background - closing of the courts, inexplicable extension of Netanyahu’s criminal arraignment hearing, refusal to permit the newly Knesset to convene – all part of interim PM Netanyahu’s refusal to cease power following his loss in the early March election.

Tel-Aviv, March 19 – this week the Israeli regime has experienced an unprecedented crisis. Late on Saturday night, interim Justice Minister Amir Ohana (Netanyahu’s Likud party) announced almost total closure of the courts. The unlawful purported Corona emergency regulation was to be in effect only for 24 hours. However, the Jerusalem District Court judges, of their own initiative, immediately followed by rendering a decision, extending by two months Netanyahu’s arraignment hearing on charges of bribes, deceit, and breach of trust, which was scheduled for Tuesday, following long delays.
In parallel, Health Minister Yaakov Litzman, a follower of the Ger Hasidic dynasty (United Torah Judaism party) and Netanyahu’s faithful partner, tried to prevent the newly elected Knesset (parliament) from convening under unlawful emergency Corona health regulations. When that failed, Knesset Chairman Yuli Edelstein (Likud party) prevented convening of the Knesset, under his authority to set the agenda. The newly elected narrow majority demanded that the agenda for the first Knesset seating include election of a new Chair and election of new permanent committees, as required by the Base Law (a quasi-constitution). Additionally, the new majority demanded the passage of laws that prohibit a defendant in a criminal matter from being appointed prime minister and limit the prime minster to two terms in office. Combined, such measures could mean that Netanyahu and his supporters lose their power, and no matter what, Netanyahu would have no possible effective protection against his pending criminal prosecution.
The March 02, 2020 election was the third within a year. In all three elections Netanyahu failed to win a majority to secure his ongoing tenure as prime minister. However, during these three election cycles Netanyahu has remained in office as interim prime minister.
On Monday, Netanyahu issued emergency regulations, permitting electronic policing of the entire public by the Shin-Bet and the Israel Police under the guise of fighting the epidemic… [i] Israel is known for its electronic surveillance capabilities, second to none, routinely abused to suppress the Palestinians. [ii] Cyber espionage, related to Netanyahu, has also been suspected during the recent election cycles… [iii] Now, the same capabilities were to be openly applied on the public at large. The new regulations required Knesset approval. However, given the failure of the Knesset to convene, Netanyahu’s government issued such regulations, unapproved, under the pretext of Corona emergency. Netanyahu’s government refused to disclose the new “Top Secret” classified Shin-Bet policing regulations even to interim Chair of the Knesset’s Foreign and Security Affairs Committee, retired IDF Chief of Staff Gabi Ashkenazi (Blue and White party) - now one of the opposition’s leaders.
“For the First Time Ever, Israeli Democracy Has Been Shut Down”, ran a title in Haaretz daily. [iv]
On such background, this morning a convoy, numbering hundreds of cars, flying black flags, got on its way from Tel-Aviv to Jerusalem to protest against Knesset Chairman Edelstein’s refusal to convene the newly elected Knesset. The Israel Police tried to stop the convoy’s arrival in Jerusalem in clear disregard of the law. Regardless, the convoy managed to arrive at the Knesset. In the following clashes with police, 9 protesters were detained. 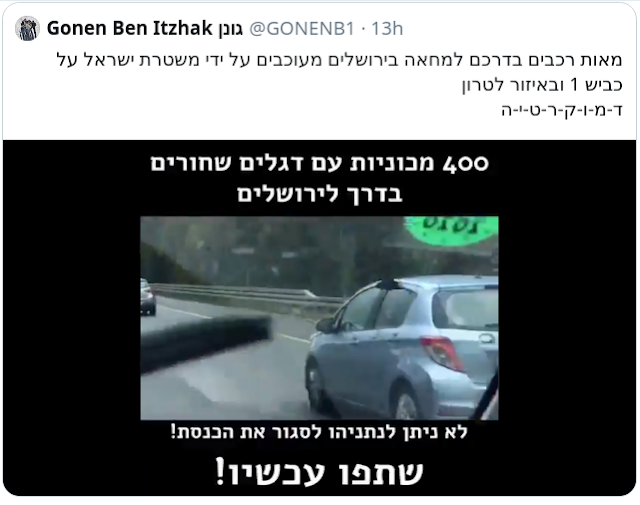 Figure1. Protest activist, former Shin-Bet agent Gonen Ben-Itzhak:
Hundreds of cars, flying black flags, on their way to protest in Jerusalem, are held by police on the highway.
Democracy!
We shall not let Netanyahu lock down the Knesset!
Share now!
Video: https://twitter.com/Joseph_Zernik/status/1240587713528631298?s=20 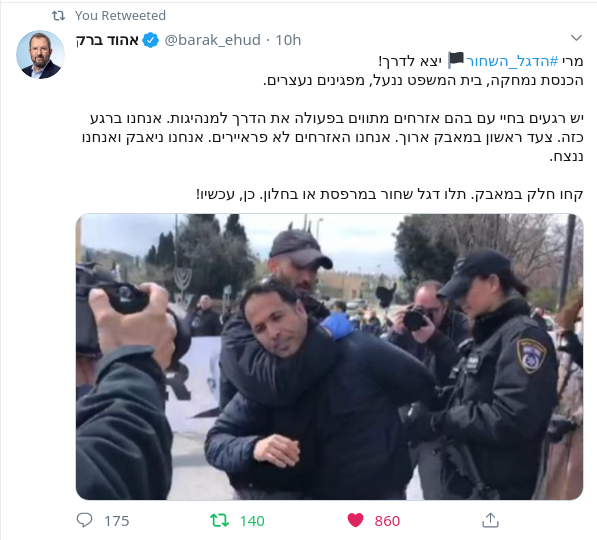 Figure2. Opposition figure, retired IDF Chief of Staff, retired PM Ehud Barak:
#Black_Flag resistance has been launched!
The Knesset was wiped out, the courts are locked, protesters are detained. There are moments in the life of a nation, when citizens’ action pave the way for the leadership. We are in such a moment. First step in a long struggle. We the citizens are not to be trampled. We shall fight and we shall win. Take a part in the struggle. Hang a black flag on your balcony or your window. Yes, now!
https://twitter.com/barak_ehud/status/1240615776706494470?s=20 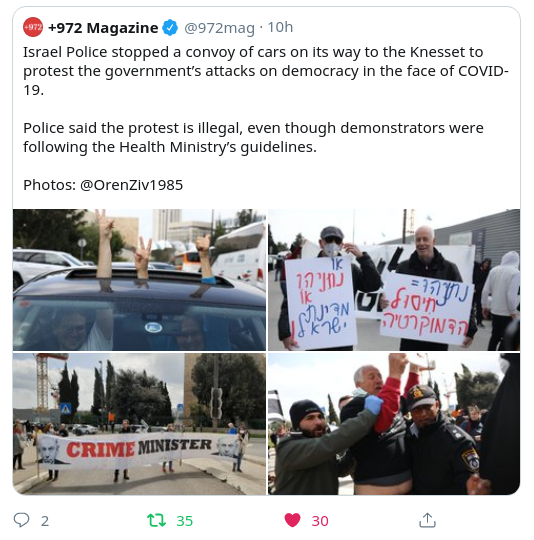 Figure4. Senior opposition leader, former IDF Chief of Staff Bogie Yaalon (Blue and White party) to Interim Israel Police Commander Moti Cohen: “Make it clear to your troops that they are policemen of the Israel Police, not of the Netanyahu Police”.
https://twitter.com/GLZRadio/status/1240618816335499264?s=20
--- 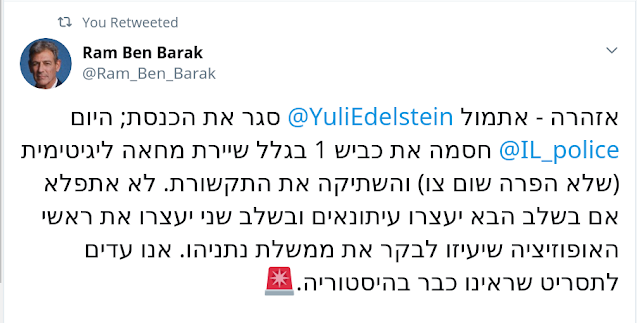 Figure5. Opposition figure (Blue and White party), retired Mossad Deputy Chief:
Warning – yesterday Yuli Edelstein locked down the Knesset; today, the Israel Police blocked the highway to Jerusalem because of a legitimate protest convoy... and silenced the media. I wouldn’t be surprised if the next step would be detention of journalists and after that detention of opposition leaders, who dare to criticize Netanyahu. We are watching a script that was previously acted in history.
https://twitter.com/Ram_Ben_Barak/status/1240595121025974273?s=20
–-

Figure6. Strategic analyst Lior Chorev:
Edelstein is behaving like a fifth column. The Knesset has never been locked down like this, either during emergency, or during war. The man should be held accountable.
https://twitter.com/liorchorev/status/1240221503385407488?s=20
---
By midday, while the clashes between police and protesters were taking place in front of the Knesset, the Supreme Court, a few hundred yards away, was hearing petitions against the emergency electronic policing regulations.
By the end of the day, the Supreme Court issued an interim decree, which immediately prohibited electronic policing by the Israel Police and provided until midday next Tuesday for the Knesset to elect a new permanent Foreign and Security Affairs Committee and approve the Shin-Bet electronic policing regulations. Otherwise, Shin-Bet policing had to stop as well. Such decision also placed pressure on Edelstein and Netanyahu to permit the convening of the new Knesset...
As for the Corona epidemic itself – as of today there are close to 700 confirmed cases in Israel, but not a single death yet. However, the epidemic has revealed the incompetence of the public health system – shortage of protective gear for medical teams, shortage of test kits, etc.
This morning started with a bizarre Corona-Mossad episode: Media reported that last night the Mossad obtained Corona test kits through a top secret operation in hostile nations. The publication of the Mossad in such a manner appeared appeared to violate standard procedures and meant to bolster Netanyahu’s image. However, a couple of hours later it was reported that the Mossad operation was botched – the Mossad obtained the wrong supplies… 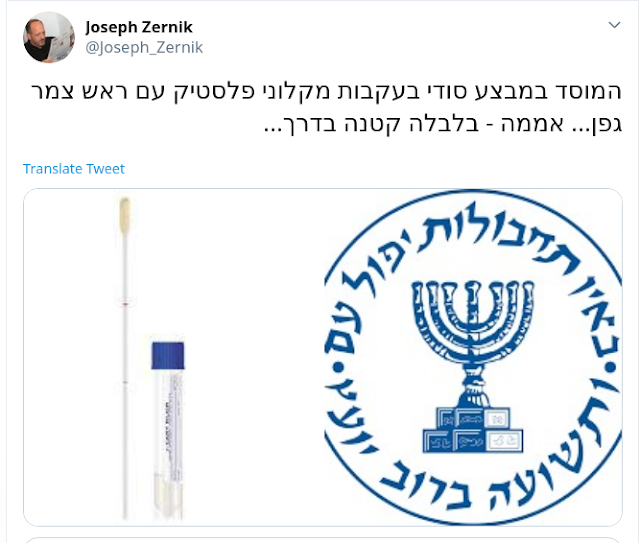 Figure8. Kann national public broadcasting:
Corona crisis | Tonight the Mossad has transported to Israel 100,000 Corona test kits in a secret operation… The source says that the test kits are “from an excellent source”.
https://twitter.com/kann_news/status/1240549689528922114?s=20

Figure9. Journalist Barak Ravid:
Senior Ministry of Health officers: The Mossad procured the wrong supplies. Not what we needed for the Corona tests.
https://twitter.com/BarakRavid/status/1240542016485941250?s=20
---
Ever since the epidemic started, Netanyahu seems to perceive it as his last chance to stay in power and avoid prosecution and a prison sentence, even if it comes at the cost of breaking down all semblance of a legitimate regime.

Figure10. Journalist Noa Landau:
Key sentence in Netanyahu’s appearance today: “While I am running the campaign against the Corona epidemic and am struggling to save Israel’s citizens, they are only scheming how to topple a prime minister who stands guard”. They = representatives of the Knesset majority, who were elected by the citizens of Israel, to topple = to replace in a democratic election.
https://twitter.com/noa_landau/status/1240346564142477314?s=20
---
Every night this week Netanyahu has appeared on prime-time TV in purported press conferences, where he has taken no questions, only has made dramatic, self-aggrandizing announcements.
One recent night he announced that the testing crisis was over, and that a free, drive-in testing center was to be opened in Tel-Aviv the next morning for anyone wishing to be tested. The next morning it turned out to be fake news. The testing center couldn’t be opened for lack of test kits.
Another night, he produced a bizarre prime-time TV live performance, demonstrating how to correctly use a tissue napkin… purportedly a key issue in fighting the epidemic... 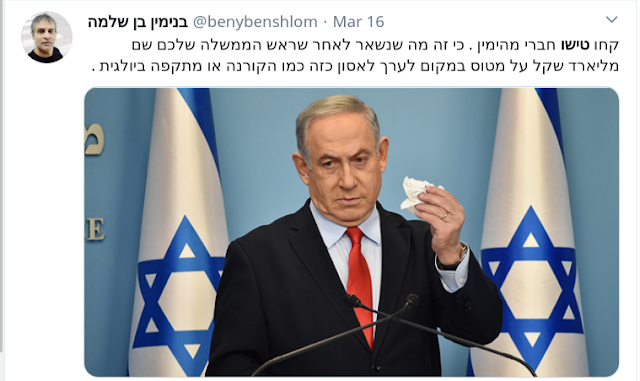 Figure11. Live on prime-time TV – Netanyahu demonstrated how to use a tissue napkin.
https://twitter.com/benybenshlom/status/1239527137385775104?s=20
---
All of this is taking place on the background of rampant corruption of all branches of government – the executive, the legislative and the judiciary. [v]
What is abundantly clear – combined, the Corona epidemic and the end of Netanyahu’s 11 year tenure as prime minister mark a critical point in the history of the state of Israel. Which direction the regime would follow in the aftermath remains unknown.
It should be noted that the Trump administration’s repeat meddling in the Israeli elections in favor of Netanyahu over the past year should be deemed a serious corrupting effect on Israeli politics and the Israeli regime. Israel under the Netanyahu-Trump duo has reached the status of a corrupt client state, not very different from that of the Ukraine or Latin American US-propped regimes.