The facts simply don't add up.  And fraud by the Israeli and US governments in matters related to anti-missile systems is nothing new either... 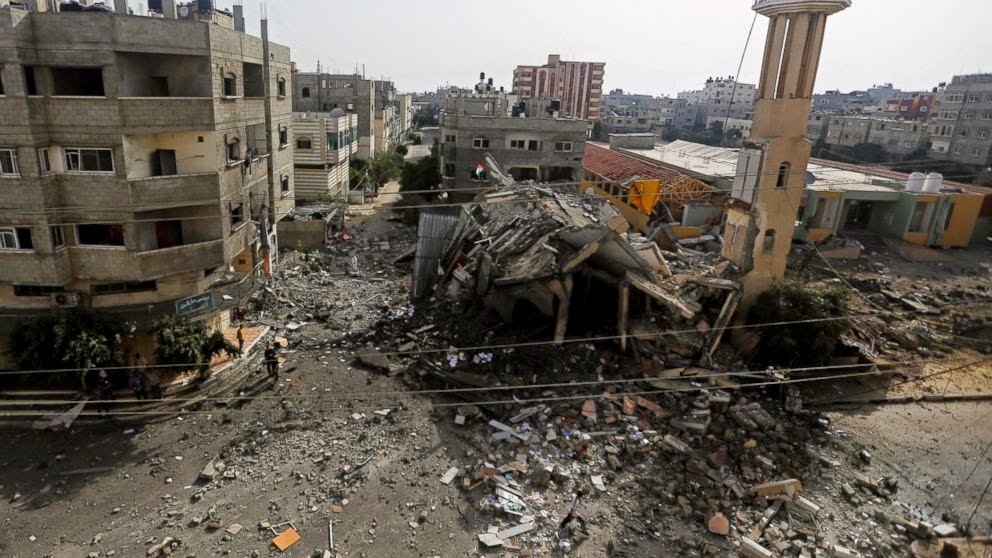 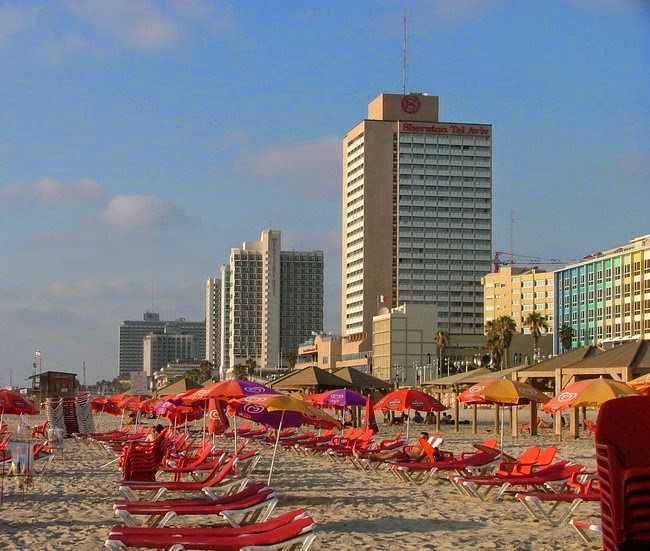 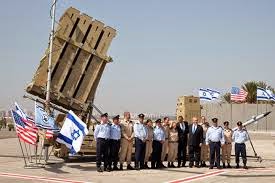 3) June 2013 photo op of Omaba and Netanyahu in front of the Iron Dome anti-missile system. 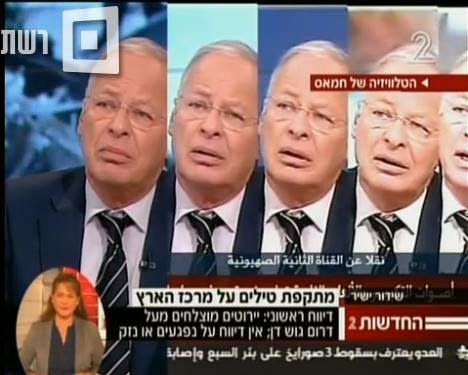 4) Israeli media continue their panicky round-the-clock reports "Israel under Fire", with emphasis on missile attacks on the greater Tel Aviv area.
___
OccupyTLV, July 13 - through the recent reported missile attacks from Gaza on Tel Aviv, I have continued to go to the beach every morning at dawn, take my intensive hour-long swim. Twice during the past week, missile attack alarms were heard while I was far out at sea. I did not care. I was not alone either. Even Israeli media noted that the people of Tel Aviv continue their summer leisure at the beach uninterrupted, perhaps with a good reason....

The claimed missile attacks from Gaza on Tel Aviv would represent doubling or tripling of the range of the Gazan makeshift rockets. That, after Israel kidnapped in 2011 the Gazan engineer, who was the mastermind of the development and production of these rockets. [1]

In unofficial Internet sites in Hebrew, people report on the minute the sounding of missile attack alarms in various cities of the greater Tel Aviv area (Gush Dan). Dozens of alarms were sounded since the current violence started. In the center of Tel Aviv, where I live, such alarms are heard several time a day.

With it, Israeli media routinely report that the incoming missiles were successfully intercepted by the Israeli-developed Iron Dome anti-ballistic missile system.

In the past, IDF claimed the ridiculously accurate success rate of 84% for the Iron Dome system. In contract, world-renowned, MIT expert, Prof Ted Postol published reports, based on actual data from the previous round of violence - Pillar of Defence -, that the actual success rate is more likely 5-10%. Postol used similar criteria to those used by IDF for calculating success - intercepts only of rockets that would hit inhabited areas. [2]

Over the past week, IDF upped its claimed success rate of the Iron Dome system to 90%.

However, even with such fabulous success rate, if all or most missile attack alarms were real, one would have expected some hits in the greater Tel Aviv area. But there were none.

Moreover, even if the intercepts were real, one would have expected some official or unofficial reports of debris that fell in the greater Tel Aviv area. Such reports are hard to find, if any exist.

In constrast, Israeli papers report that in the areas closer to Gaza, 400 claims for property damages have been filed since the beginning of the current cycle of violence. And pictures, which document the hits are easy to find. Such data seems to contradict the 90% intercept success rate of the Iron Dome system. [4]

Likewise, one is hard pressed to find any video clips of the successful Iron Dome intercepts over the greater Tel Aviv area, or elsewhere in Israel. One should recall that such video clips of claimed intercepts were the raw data, which was used by Prof Postol to refute the claims of astounding success of the US-made Patriot anti-missile defense system during the First Gulf War. [3]

In the meanwhile, Israeli media continue its round-the-clock panicky broadcasts by Israeli military analysts under the title "Israel under Fire". And in parallel, Israel uses the claims of missile attacks on Israel's population center as the justification for the IDF heavy bombardment of civilians in Gaza.

In Gaza, the dead, the wounded, and the ruins are fully documented..

In short: The claimed missile attacks on the greater Tel Aviv area, successfully intercepted by the Iron Dome system, are likely to be largely or entirely an Orwellian beating of the drums of war. Likewise, the IDF data of 90% intercept success rate of the Iron Dome system are lilely to be vastly exaggerated. The false claims of ongoing missile attacks on Tel Aviv serve to justify war crimes against the people of Gaza in the eyes of the public both in Israel and abroad, while the false claims of 90% intercept success rate of the Iron Dome serves for numbing the public and greasing the Israeli military-industrial complex.

Today, the Israeli newspaper Globes reports that Israeli National Security Prize winner, aeronautics and ballistics experts,  Dr Moti Shefer, said in a radio interview the other day that the Iron Dome system is "a bluff". [1]
By reasonable estimate, several hundred senior people must be part of the fraud, relative to the inoperational Iron Dome system:  In the Ministry of Defense, in the IDF, in the military industries and in academia...
The implication of this hoax is not only hundreds of millions spent, or more, but also deception of civilian authorities, relative to decisions on matters such as war with Iran...
Following is translation of the quoted radio interview from the Globes report:
There is no missile in the world that can intercept missiles or rockets.  The Iron Dome is an audio-visual show, which intercepts only the Israeli public opinion, and itself, of course. All the blasts that are seen in the sky are self-destruction.  No Iron Dome missile ever made contact with any rocket.  "Open spaces" is a myth, which was created in order to increase the success rates of Iron Dome.  Rockets that are declared intercepted by Iron Dome, and don't hit the ground are virtual rockets, which were conceived and died only in the Iron Dome computerized control system.  To this date, no one say an intercepted rocket that fell to the ground.
Everything that is launched also falls here.  The debris that we see on the ground originates in the Iron Dome itself.  We are shooting ourselves, mostly virtually.  The virtual rocket was invented in order to increase the ambiguity, regarding the Iron Dome performance.  Let assume that a real rocket arrived, what does the control system do?  It produces another nine virtual rockets, and transfers their trajectories to the operators.  The operators see ten rockets, they launch ten Iron Dome missiles, the public hears ten booms, but only one rocket goes through.  Therefore, we have 90% success rates...
According to Dr Shefer, there are numerous people involved in the hoax, headed by the military industry and Prime Minister Netanyahu.

Posted by Human Rights Alert (NGO) at 5:33 AM No comments:

Yesterday
===2014-07-11 EFF (Elctronic Frontier Foundation) released image of NSA Data Center===
The image below is just a preview—click through for the full high-resolution version.
This picture makes clear the scope and scale of the NSA's facilitie... See More

Posted by Human Rights Alert (NGO) at 5:31 AM No comments:

2014-07-11 GAZA: Mourning our grandma's deathm, while bombs are falling outside

===2014-07-11 GAZA: Mourning our grandma's deathm, while bombs are falling outside===
We could not build the traditional mourning tent; since bombs fall every minute. Now IDF announced that my entire neighborhood is a target. My whole family escaped to the center of the refugee camp, while I stayed home alone to post from my computers, which is connected to a car battery...

ABC airs Gaza bombing devastation images - says it's in Israel
rt.com
In the latest case of Western mainstream media confusing the geographical location of warzones, an ABC News anchor described footage of Gaza homes shortly after their destruction...
Posted by Human Rights Alert (NGO) at 5:31 AM No comments:

5 hours ago
===2014-07-12 UK: US lackies, gave up Freedom of the Press===
The destruction of the Snowden files by the Guradian, under threats of the US authorities, was through coordination with US authorities. Now the evidence is exposed.
The Guardian Editor came under fire from media colleagues in the UK, for yielding to the threats and destroying the files.
One should recall that the New York Times had announced already in 2010 that it would not publish any longer news and documents, exposing criminality at Bank of America, following the US banks coordinated, unlawfull actions against Wikileaks and Julian Assange - freezing all bank accoutns - in the same matter.

​US knew about Snowden file destruction at UK newspaper
rt.com
​The White House were given the heads up that UK authorities were to force The Guardian newspaper to destroy hard drives containing top secret NSA documents.
Posted by Human Rights Alert (NGO) at 5:30 AM No comments:

3 hours ago
===2014-07-12 Physicians for Human Rights-Israel (רופאים לזכויות אדם - ישראל)accuses Israel for a deepening humanitarian crisis in Gaza===
In a live TV confrontation, a member of Knesset (parliament) for the ruling party, said the appearan... See More

2014-07-12 NAPLES: Wolrdwide demonstrations against the bombing in Gaza

3 hours ago
From Napoli for Palestine.

Posted by Human Rights Alert (NGO) at 5:28 AM No comments:

Posted by Human Rights Alert (NGO) at 5:27 AM No comments:

UN must urgently investigate war crimes in Israeli-Gaza conflict – Amnesty
rt.com
Amnesty International (AI) has urged the UN to urgently mandate an independent international investigation into Israeli airstrikes on Gaza as well as Palestine’s indiscriminate shelling of Israel,...
Posted by Human Rights Alert (NGO) at 5:27 AM No comments:

Like the US, Greece, Spain, Ukraine, and more...
===2014-07-12 Argentina taken by the banksters!!!===
Argentina not negotiating multimillion debt, say holdout creditors
http://rt.com/business/172196-argentina-not-negotiating-holdout-creditor/?utm_source=browser&utm_medium=aplication_chrome&utm_campaign=chrome

Argentina not negotiating multimillion debt, say holdout creditors
rt.com
A key holdout creditor in dispute with Argentina over a massive, decade-old sovereign debt dispute said the country is not committed to negotiating following five hours of meetings in...
Posted by Human Rights Alert (NGO) at 5:26 AM No comments: