(Paul Joseph Watson) -- The revelation that Rolling Stone journalist Michael Hastings was working on a story about the CIA before his death and had contacted a Wikileaks lawyer about being under investigation by the FBI hours before his car exploded into flames has bolstered increasingly valid claims that the 33-year-old was assassinated.

Hastings died early Tuesday morning in Hollywood when his car allegedly hit a tree at high speed. The Los Angeles Coroner’s office has not yet been able to officially identify the body as Hastings because it is so badly burned.

Skeptics of the official narrative have highlighted eyewitness accounts which state that Hastings’ Mercedes “exploded”.

Images of the vehicle appear to show more damage to the rear, around the area of the fuel tank, than the front, leading to speculation that a car bomb which ignited the fuel could have been responsible for the incident.

“No matter how you slice this particular pie, a Mercedes is not just going to explode into flames without a little assistance,” writes freelance journalist Jim Stone. “Car fires in new cars happen for three main reasons — running the engine out of oil, or running the engine out of coolant, or after an absolutely huge car mangling accident, having the hot side of the battery short out against the frame before it reaches the fuse panel. And for all 3 of those normal reasons, which account for virtually all car fires in modern cars, the fire would have started in the engine compartment, progressed slowly, and scorched the hell out of the paint before ever reaching the gas tank. That clean paint is the be all tell all, Michael Hastings was murdered, and the rest is detail.”

Stone also questions why a white sheet has been draped over the vehicle in the image below.

The questions surrounding the precise nature of the “accident” that killed Hastings are given more weight by the fact that the journalist had made enemies within both the FBI and the CIA.

Hastings “had the Central Intelligence Agency in his sights” and was set to release an article exposing the agency, according to L.A. Weekly.

The Obama administration and the Justice Department have openly claimed the authority to assassinate American citizens anywhere in the world if they are deemed a national security threat. A number of American citizens have already been killed as a result of this policy. Is it really that crazy to suggest that Michael Hastings was merely the latest victim of this doctrine?
The New York Daily News highlights the fact that Hastings had received multiple death threats before his demise.

Following his role in bringing down Gen. Stanley A. McChrystal, Hastings was told by a McChrystal staffer, “We’ll hunt you down and kill you if we don’t like what you write.”

“Whenever I’d been reporting around groups of dudes whose job it was to kill people, one of them would usually mention that they were going to kill me,” said Hastings.

Hastings was renowned for being “only interested in writing stories someone didn’t want him to write — often his subjects,” according to Buzzflash editor Ben Smith, adding, “He knew that there are certain truths that nobody has an interest in speaking, ones that will make you both your subjects and their enemies uncomfortable. They’re stories that don’t get told because nobody in power has much of an interest in telling them.”

The fact that Hastings had made a plethora of enemies as a result of his hard-hitting investigative journalism has prompted a deluge of online comment speculating that the writer’s “car crash” was no accident.

“Hastings’ wreck might make sense on the freeway, but I doubt he’d be dumb enough to go 100 mph on Highland. He’s not some dumb college kid,” said one commenter on a local news site.

“A warning to other journalists to not dig too deep,” another Reddit user wrote. “Stick with the party line if you want a long, happy life.”

If this was an isolated incident then there wouldn’t be so many questions swirling about Hastings’ death. However, he’s certainly not the first individual to go up against the military-industrial complex and wind up in a coffin.

Other journalists who have proven to be a thorn in the side of the establishment have met the same fate, from Andrew Breitbart who was about to release damaging pre-election information about Barack Obama before he collapsed and died in strange circumstances, to Gary Webb, the Pullitzer prize-winning author who exposed the CIA’s involvement in the drug trade and subsequently committed “suicide” after apparently shooting himself in the head – twice.

More recently, Ibragim Todashev, friend of accused Boston bomber Tamerlan Tsarnev, was shot in the head six times by the FBI, who initially claimed Todashev was armed but later had to admit this was a lie. Speculation has raged that Todashev was assassinated because he had knowledge about the Boston bombings which the feds didn’t want to see the light of public scrutiny.

Despite his actions, the murder of Christopher Dorner, who was burned to death by LAPD officers while hiding inside a cabin, shows that authorities will not hesitate to resort to such methods.

It’s virtually inevitable that the true cause of Michael Hastings death will never be known and that the mainstream media will demonize anyone who questions the official narrative as a conspiracy theorist. Meanwhile, journalists and others who pose a threat to the military-industrial complex will continue to die in bizarre “accidents” that stink of foul play. Read more via Infowars...
http://redflagnews.com/headlines/alert-evidence-indicates-michael-hastings-was-assassinated
--------------------------

At some point it is like beating a dead horse - not a pretty sight.  Forget about the puppet in the White House, what about the Omnipotents at FBI, NSA? jz
____

By Paul Craig Roberts
Stasi In The White House

Obama has turned America into a surveillance state that has far more in common with Stasi East Germany than with the America of the Kennedy and Reagan eras. Strange, isn't it, that freedom was gained in East Germany and lost in America.

http://org2.salsalabs.com/dia/track.jsp?v=2&c=6x8aJKM7Qe4bor5YizJz23zPjrNZ68zG
Posted by Human Rights Alert (NGO) at 8:11 AM No comments:

The revolution on weed, not a bad idea. Surely better than most of the alternatives... jz 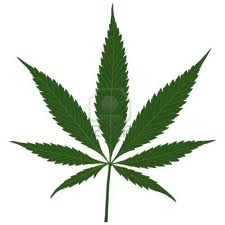 By Roger CoppleWhy a New Constitution is our Best Hope and Marijuana/Hemp Legalization is our SecondThis article has 2 parts that are self-explanatory and linked together in the end.

Part 1: Why a New Constitution is Our Best Hope
Having the longest-lasting constitution that is the hardest to change is a negative, not a positive.  Personally I advocate radical egalitarianism, democratic world government, and nuclear disarmament.  The constitutional-convention process that I propose maximizes democracy, and it will completely level the playing field by removing the influence of money.  But what can people like me do if the American people under a new constitution desire laissez-faire capitalism, a flat tax, and a neo-conservative foreign policy?  We can try a new approach in popularizing our preferences, but our plight will be less dismal than it is now because future constitutions will  be easier to amend and easier to abolish.

Posted by Human Rights Alert (NGO) at 8:05 AM No comments: