#OccupyTLV: Thursday, May 22, 2014, 10:30am - presentation by Bezalel Art School, Dept of Architecture, of new toilets, bathing facilities for the camp

2014-05-18 PALESTINE: Over 100 detainees in Israeli prisons on hunger strike for over three weeks

===2014-05-18 PALESTINE: Over 100 detainees in Israeli prisons on hunger strike for over three weeks===
Protesting extended detentions with no trial. Palestinian news agencies report harsh punitive measures by the Israeli authorities against the hunger strikers. [From the Israeli site: Local Talk]

====2014-05-19 The Greater Depression arrives in Israel===
Since the beginning of the year, sales in shopping malls dropped 5%. Coffee shop chains report a drop of 5-8%. A slowdown is being felt. Real wages are not growing, while household expenses on housing and current accounts continue to grow. Less is left for consumption. From TheMarker business newspaper.
___
Note: The collapse of IDB, one of the largest financial corporations in Israel, and corrupt proceedings in the Tel Aviv District Court in that matter, can be considered the true onset of the Greater Depression in Israel. The combination of corruption of financial institutions and the courts is the hallmark of the Greater Depression also in the United States. 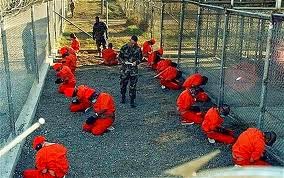 2014-05-19 The Key Man Behind the May 2nd Odessa Ukraine Trade Unions Building Massacre: His Many Connections to the White House 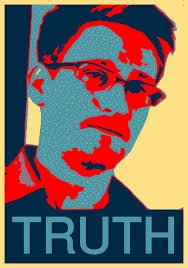 ADL, which advertises itself as a champion of civil rights, has refused for several years to address mounting evidence of racketeering by senior officers of Bet Tzedek, the Los Angeles "House of Justice", an affiliate of the Greater Los Angeles Jewish Federation.  Bet Tzedek is headed by Sandor Samuels, former Chief Legal Officer of Countrywide Financial Corporation and former Associate General Counsel of Bank of America Corporation.

i 2011-12-28 Supplemental Declaration of Joseph Zernik in RE: Racketeering by COUNTRYWIDE, BANK OF AMERICA, BET TZEDEK, California and US Judges and Clerks, and cover up by FBI and US Department of Justice

vi 2011-05-05 Addendum to request for opinion by ADL’s Abraham Foxman in re: Corruption/Racketeering in the Los Angeles Jewish/Legal community

x 2007-06-22 Samaan v Zernik (SC087400) Letter Hand Delivered to Sandor Samuels in his capacity as President of Bet Tzedek, on the premises of Bet Tzedek