13-09-17 FATCA: a Tool of the Electronic Surveillance State

Most here probably don't even know what FATCA is. (read below).  It was the pretex under which all my money in bank accounts in Israel was seized on January 1, 2013, purportedly on behalf of the US government, after I refused to sign "Waiver of Privacy" to the US government on all my banking transactions.

There were only a couple of problems:
1) It was done with no legal process at all, either in Israel or in the United States.  The Israeli Bank HaPoalim refused to issue any paper on it either.  They only told me by phone of their actions.
2) At the time (and also now) FATCA was not in effect, either in the US or Israel -- it had never been promulgated, and thererfore was not enforceable in the US, and there was no international agreement between the US and Israel regarding its effect in Israel.

Eventually, I got my money back after seeking protection by the German Consul in Israel.

The case documented:
a) The role of Stanley Fischer as an agent of the US government and the banking cartel at their worst in Israel, in establishing the banks above the law, just as his student Bernanke did in the US.
b) Conditions in Israel as a corporatist province of the US - an Israeli bank was permitted to make up the law, adjudicate it, and enforce it as it wills.
c) The strange transformation since WWII, where Germany now is a center of liberty, whereas the US is a center of oppression.

Those familiar with the U.S. “Foreign Account Tax Compliance Act” (FATCA) – and in the United States, that’s not many people – think of it as either a as sledgehammer attempt to curb “offshore tax evasion” or (more accurately) as a costly, counterproductive, and indiscriminate burden on the global economic system; a compliance nightmare that only benefits tax lawyers, accountants, and software firms; a job-killing disincentive for foreign investment in the United States; a crude extraterritorial overreach in violation of every principle of sovereign legality; an abuse of the U.S. Senate’s constitutional treaty authority; a blatant violation of WTO and other trade commitments; and a financial “drone strike” against Americans living abroad.

FATCA is all that and much, much more.  But in light of sweeping revelations about the email, telephone, and internet surveillance activities of the U.S. National Security Agency (NSA), it’s time to take a look at FATCA’s implications for personal electronic privacy and the growing power of U.S. intelligence agencies’ global “surveillance state.”
READ MORE:
http://www.repealfatca.com/index.asp?idmenu=4&title=News&idsubmenu=135
Posted by Human Rights Alert (NGO) at 10:37 PM No comments:

Because there is nothing more effective than random acts of violence to keep the People terrorized and subued! jz
____

Because there is nothing more effective than random acts of violence to keep the People terrorized and subued! jz
____

The police brutality victim's attorney said a lawsuit would go after the police for the incident.

And the news, regarding issues that are critical to the People of the US, again, is coming from RT!  It looks like the US gov wants to do nothing, and therefore the issue is blocked out. jz 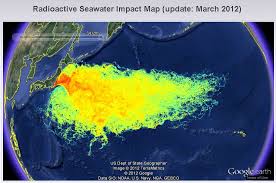 Scientific estimates predict that the radioactive plume travelling east across the Pacific will likely hit the shores of Oregon, Washington State and Canada early next year. California will probably be impacted later that year. Because the ongoing flow of water from the reactor site will be virtually impossible to stop, a radioactive plume will continue to migrate across the Pacific for many decades.
http://org2.salsalabs.com/dia/track.jsp?v=2&c=EGD4zqyTn7tlURpOa3z47MBlvPQvr%2B2R

Posted by Human Rights Alert (NGO) at 1:34 PM No comments:

There is nothing more effective than random acts of violence to terrorize the People and keep them subdued.  jz
_____

Here's a recipe for disaster: Take a young man (or woman), raise him on a diet of violence, hype him up on the power of the gun in his holster and the superiority of his uniform, render him woefully ignorant of how to handle a situation without resorting to violence, train him well in military tactics but allow him to be illiterate about the Constitution, and never stress to him that he is to be a peacemaker and a peacekeeper,
http://www.opednews.com/articles/Licensed-to-Kill-The-Grow-by-John-Whitehead-Police-Abuse-Of-Power_Police-Brutality_Police-State-130916-302.html
Posted by Human Rights Alert (NGO) at 1:20 PM No comments:

The Other American Gulag: Bagram Prison's Legal Black Hole Locks Detainees in Nightmarish Limbo
By Samira Shackle, AlterNet
Is Bagram Prison about to become the next Guantanamo?
READ MORE»
http://act.alternet.org/go/37765?t=15&akid=10936.1117888.uBmKF4

Posted by Human Rights Alert (NGO) at 7:37 AM No comments:

Posted by Human Rights Alert (NGO) at 7:31 AM No comments:

I remember when I lived in Farmington, CT, a small village, meeting for the first time those, who called themselves "Depression Babies".  For example, the village plumber was a supersmart guy.  I asked him once how he ended up being a plumber.  He said he grew up during the Great Depression, and he ended up dropping out of high school to help provide for the family...  It is likely to be the case again.  A whole geeneration, or more, of lost opportunities.  And by the time the US would emerge from the 21st centuiry Greater Depression, it is likely to be a second tier nation at best... Furthermore, historians hold the Great Depression as one of the main causes of WW II, therefore, the 21st century Greater Depression poses high risks of a global disaster... jz
____

We've Got a Billionaire Bailout Society—And the 99% May Never Recover From It In Our Lifetimes
Les Leopold, AlterNet
Our financial system is sucking up the wealth of the nation and using it to cover its losses. READ MORE»
http://act.alternet.org/go/37760?t=5&akid=10936.1117888.uBmKF4
Posted by Human Rights Alert (NGO) at 7:14 AM No comments:

Fischer with his newly acquired Israeli ID in 2005
Stanley Fischer, PhD advisor to Bernanke in U of Chicago, left Citigroup before its collapse, and took the job of Governor of the Bank of Israel, which he held from 2005-2013.
It appears that his legacy is a real estate bubble and a looking banking crisis in Israel.

All of this took place in parallel to other government policies, which impoverished the majority of people in Israel, and concentrated control of the economy by a handful of "Tycoons".  A recent OEDC report says that income and asset distribution in Israel is inconsistent with nations under democratice regimes.

In parallel, in a recent sutdy 70% of Israeli adults reported that they would not be able to handle an unexpected expense of about $1,000.

And on the side, Fischer permitted to Israeli banks to enage in criminality, and placed them above the law. [2]

One is only left to wonder: Did the student Bernanke learn it from his teacher Fischer, or did Fischer leanrt it from Bernanke.

Posted by Human Rights Alert (NGO) at 5:54 AM No comments: 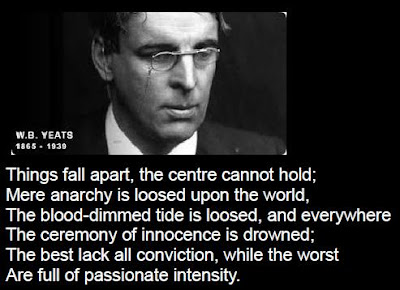