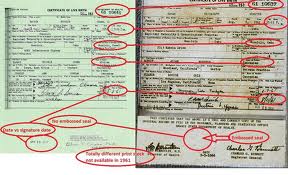 Judge England case: Emergency relief of the Temporary restraining order was not granted but the case goes on. Some of the statements by the judge are shocking, he de facto says that if one can steal a property with forged IDs and was not caught because nobody wanted to hear the case on the merits, then he can keep the stolen property scotts free forever!!!

US bank to pay $11.6bn settlement
is.gd
Bank of America agrees to pay US government mortgage agency Fannie Mae a total of $11.6bn to settle claims over home loans.
Posted by Human Rights Alert (NGO) at 11:00 PM No comments:

You may recall some years ago, there were newspapers ads for qualified individuals to be hired by the US gov as part of its "nation building" efforts, to reconstruct the Iraqi justice system.  One of the first shows under the new system was Saddam Hussein's trial.  Now a later report. It looks like secret unlawful detention was one of the US legaices in Iraq.  jz

By Felicity ArbuthnotJanuary 07, 2013 "Information Clearing House"
The Foreign Secretary,
The Rt. Hon., William Hague, M.P.,
And: To Whom it May Concern,
Foreign and Commonwealth Office,
London SW1.
Greetings,
In the light of the fact that it transpires that twenty seven Foreign Office lawyers concluded unanimously that the invasion of Iraq was illegal  I write to draw your attention to just a few of the the chilling events currently taking place in Iraq under the US-UK’s despotic, imposed, puppet Prime Minister.
Firstly, here is a list of prisons, detention facilities, interrogation centres and numbers of those held in each, as far as can be ascertained in the circumstances. As you will surely know people are routinely arbitrarily detained for weeks, months, even years, often without trial, and with one, usually under a totally inadequate or corrupt legal system.
READ MORE:
http://www.informationclearinghouse.info/article33553.htm
Posted by Human Rights Alert (NGO) at 10:34 PM No comments:

The resport gained popularity on various sites, including Chinese, Japanese, Korean, Arabic, and other Asian language sites.  Someone apparently also posted it to CNN iReport, where it was censored (for violating "community guidelines")...  Below are links to sample web sites. jz

The complaint asks the release of $250,000, unlawfully seized from "US Person" by the Israeli Bank HaPoalim, BM.  The conduct has no foundation in either the law of the State of Israel, or the law of the United States, but appears to have been induced by Bank of Israel's Stanley Fischer unparalleled, unconditional submission to the United States FACTA. Petition, previously filed with the Israeli High Court of Justice claimed that Fischer exchanged his loyalty to the State of Israel and its law with loyalty to another nation and its law, and/or loyalty to financial institutions and their interests. The case captures the financial crisis in a nutshell – criminality by financial institution is patronized by national banking regulators and the national highest courts.  In this case – under the guise of compliance with United States law by Israeli banks. Eventually, the territory of "FACTA-compliance" is likely to coincide with the territory of the financial crisis, through corruption of banking regulation of other nations, under United States coercion.

Stanley Fischer, Governor of the Bank of Israel - Israel’s Banking Regulator and Bilderberg Member, showing off his newly acquired Israeli ID in 2005; Supreme Court of the State of Israel, FATCA.

This iReport is not available

This iReport has been removed because it was flagged by the community and found to be in violation of the iReport Community Guidelines andTerms of Use.

Posted by Human Rights Alert (NGO) at 6:08 AM No comments: