12-12-27 PRESS RELEASE – FATCA, Stanley Fischer, and "Chief Clerk" Sarah Lifschitz in the High Court of Justice of the State of Israel


A letter by "Chief Clerk" Sarah Lifschitz is rejected by Petitioner, since a) it fails to refer to the law of the State of Israel in pertinent matters, and b) Sarah Lifschitz signs as "Chief Clerk", but has no appointment record as such.  Zernik v Fischer, Petition to Compel the Governor of the State of Israel to perform his duties regarding banking regulation, documents again the tight link between corruption of the courts and failing banking regulation.  The courts of the State of Israel have experienced unprecedented corruption over the past decade under the tenure of Presiding Justice Aharon Barak and Dorit Beinisch.

[pics]
Stanley Fischer, Governor of the Bank of Israel - Israel's Banking Regulator and Bilderberg Member, showing off his newly acquired Israeli ID in 2005; Supreme Court of the State of Israel, FATCA.
View as PDF: http://www.scribd.com/doc/118152545/
View as blog post: http://inproperinla.blogspot.co.il/2012/12/12-12-27-press-release-fatca-stanley.html

Jerusalem, December 27 – a December 20, 2012 letter by "Chief Clerk" Sarah Lifschitz of the Supreme Court was rejected by Petitioner Joseph Zernik, PhD, of Human Rights Alert (NGO).  Ms Lifschtiz's letter pertains to Dr Zernik's "Notice of Withdrawal from Incompetent Process" in Zernik v Fischer in the Supreme Court of the State of Israel, a petition to compel Governor of the Bank of Israel Stanley Fischer to perform his duties in banking regulation.
Today's rejection letter in part says:
The Undersigned cannot accept the letter as one, which was written in good faith:
1. "In response to your claims, no defect fell in the process" – such statement is meaningless, it fails to refer at all to the integrity, or lack thereof, of registration in this court file, relative to the law of the State of Israel in general, and the Regulations of Procedure of the High Court of Justice (1984).
2. The letter is signed by, "Sarah Lifschitz, Chief Clerk", but both Ms Sarah Lifschitz and the office of Administration of Courts continue in their refusal to produce the appointment record of Ms Sarah Lifschitz as "Chief Clerk" of the Supreme Court of the State of Israel.  Therefore, it remains at least unclear, what authority Ms Sarah Lifschitz holds to issue such letter and sign it as she did.
The evidence as a whole shows that Ms Sarah Lifschitz has occupied the office of the Chief Clerk since 2002, for over a decade, with no lawful appointment record. [5]

Ms Lifschitz's December 20, 2012 letter, which followed Dr Zernik's notice of withdrawal from incompetent process, in part says:
On November 15, 2012, the Petitioner delivered to Chief Clerk Sarah Lifschitz a letter regarding competence of the registration of records in this case.  In his letter, the Petitioner wrote:
The listings in the online public access system of the Court under the file name and number, referenced above, increasingly appear confusing, if not false and misleading: [1,2]
·         On October 23, 2012, only the filing of one paper is listed under "Events"; Petitioner filed two papers on that date.
·         On November 05, 2012 the filing on an "Appeal" is listed under "Events"; Petitioner filed no appeal in this case, where it remains unclear where an appeal could have originated in.
·         On November 07, 2012, the filing of a "document" is listed under "Events" with no name of Filer or any further details regarding the nature of the paper; Petitioner filed no paper, neither was he noticed of the filing of any paper by the Court or any other party on that date.
Therefore, the Petitioner writes to request that the Chief Clerk provide a certified docket – a list of the papers that were entered into registration [התקבלו לרישום] in the above referenced case by the office of the Clerk of the Court… With it, the Petitioner requests that the Chief Clerk of the Supreme Court provide a copy of her due Appointment Record.
Given the refusal of the Chief Clerk to respond on this matter and to initiate the necessary corrective actions, the listings, now appearing under this case file in the online public access system, should be deemed false and deliberately misleading.
Therefore, the Petitioner finds any further filing of records under the above referenced caption unworthy, and he provides herein notice to the Court regarding withdrawal from the process, as a letter to the Chief Clerk.  With it, the Undersigned will continue his efforts to materialize the rights for Fair Hearings and Competent National Courts for Protection of Rights.

The 2013 Human Rights Alert's submission to the Human Rights Council of the United Nations documents unprecedented corruption of the electronic records of the Supreme Court of the State of Israel, starting in 2002, under Presiding Justice Aharon Barak.  Numerous falsified decision records were discovered, which appear certified by the late Chief Clerk Shmaryahu Cohen up to five (5) years after his death in 2002.  Ms Sarah Lifschitz has been occupying the office of Chief Clerk of the Supreme Court ever since.  However, in 2012 the office of Administration of Courts denied a request, pursuant to the Freedom of Information Act, for the Appointment Record of Sarah Lifschitz, claiming exemption for "records of internal deliberations".
Effectively, conditions, which have been established in the Supreme Court through implementation of the current electronic record system and undermining the integrity of the Office of the Clerk, amount to denial of access to the Court.
The Human Rights Alert's 2013 submission is titled, "integrity, or lack thereof, of the electronic record systems of the courts of the State of Israel", and subtitled, "a court, which refuses to certify its own records, is certified corrupt".
The conduct of Bank of Israel under Governor Stanley Fischer, detailed in the underlying petition, permitted Israeli banks to fabricate their own banking regulations in the State of Israel in response to the US FATCA, and then permitted the same banks to extort compliance of their "US Persons" customers with such fabricated banking regulations.
The petition alleges that conduct of Governor of Bank of Israel Stanley Fischer in this matter, "undermines the sovereignty…  the rule of law in the State of Israel…" and amounts to, "replacement of his loyalty to the State of Israel and its laws with loyalty to the laws of another nation and/or with the interests of financial institutions."
Conditions, both in banking regulation and in the Supreme Court of the State of Israel, documented in the petition and its processing, should raise concern regarding integrity and stability of the Israeli financial system.
Collusion between the courts and financial institution has been increasingly recognized as central to the criminality underlying the current financial and socio-economic crisis in the United States.

And the biggest lie of 2012 is… Obama, news media fingered for misleading tales 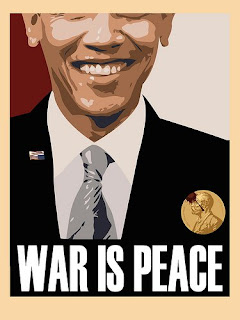