מברנס עד זדורוב - דבר לא השתנה: הודעה על שיבוש הכתבים, בקשה לצעדים מתקנים, ובקשה לעיון חוזר בבקשה לעיון בכתבי בית המשפט העליון.
[עברית להלן]
Paper, filed with the Supreme Court, document perversion of records and the inspection process in the Baranes case, originating from the false murder conviction of Amos Baranes. The proceedings in Amos Baranes v State of Israel - Request for a New Trial - were conducted around 2002 and the death of Supreme Court Chief Clerk Shmaryahu Cohen, a critical period in undermining the integrity of the Supreme Court's records.  Inspection of the paper court file in this case discovered multiple missing decision records in the paper court file, with suspected forgery of the corresponding records in the electronic system.  Notice and request for initiating corrective actions was filed with Supreme Court Presiding Justice Miriam Naor. The widespread perversion of records may be related to the underlying conduct of police and the prosecution in this case, which should be deemed as organized crime.  Moreover, even today, the Supreme Court attempted to patronize such conduct through unlawful denial of access to records.  In all these aspects, the Baranes case shows striking similarity with the Zadorov case, currently pending before the Supreme Court.  The Baranes case again demonstrates that there is no substitute for public inspection of court records in the safeguard of integrity of the courts and the judges. It also again demonstrates the disregard of the law and the right to inspect court records by Israeli judges today. 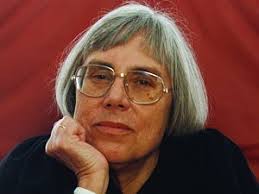 Pics: Amos Baranes upon his exoneration.Late Public Defender David Weiner exposed conduct of police and prosecution, which should be deemed organized crime in the courts. Attorney General Elyakim Rubinstein stood till the end at the top of what Weiner described as "a fortified wall"... "to hide the truth", Judge Dalia Dorner brought the saga to an end by granting the "Request for a New Trial".

Supreme Court Magistrate Gildead Lubinsky ruled on a recent request to inspect the Baranes court file.  In papers filed this week, his decision was described as lacking a  foundation in the law, offensive, and attempting to patronize criminality of police and prosecution, even 15 years after the case was closed.  Presiding Justice of the Supreme Court Miriam Naor was asked to initiate corrective measures regarding integrity of the records and offices of the clerks in the Israeli courts.
_____
OccupyTLV, October 9 - two requests were filed this week in Amos Baranes v State of Israel  (3032/99) - Request for a New Trial - following partial inspection in the Supreme Court's file, recently permitted by Magistrate Gilead Lubinsky.
1) Notice to Presiding Justice Miriam Naor regarding serious perversions of the decision records in the Baranes court file, and a request for a declarative judgment regarding such record, and for initiating corrective measures. [1]
In the Supreme Court, the paper records are the valid, binding records, while the electronic records are just a display.  The Notice and Request details the findings from inspection of the paper court file decision records, and their comparison with the records in the electronic system:
a. Ten (10) decision records are missing from the paper court file, and the corresponding records in the electronic systems are invalid, and suspected forgeries.  Most of the missing decision records say today only one word in the electronic system: "As requested".  However, there is no way to ascertain what their original contents was.
b. Two (2) of the decision records, which were discovered in the paper court file are also suspected as forgeries.
Supreme Court Presiding Justice Naor was asked to render a declarative judgment regarding the nature of the decision records in this court file, and to delete from the electronic system the decision records with no paper counterparts.
The Notice and Request describes the perversion of records in this court file in relationship to its conduct around the time of the death of Supreme Court Chief Clerk Shmaryahu Cohen - a critical period in undermining the integrity of the Supreme Court records.
In addition, Supreme Court Presiding Justice Naor was asked to initiate corrective measures relative to integrity of the records and the offices of the clerks in the Israeli courts.
The request says in part:


C. Request for initiating corrective measures by Presiding Justice Naor regarding integrity of the offices of the clerks and the records in the courts of the State of Israel.


a) January 31, 2000 Request for a New Trial, and
b) August 31, 2000 Response (opposition) by Attorney General Elyakim Rubinstein (today Supreme Court Justice).
However, in both records, Magistrate Lubinsky's decision ordered that certain pages be removed from the record, and access to such pages be denied.
1 Regarding the dubious nature of a court decision, which has not been duly served, see: Supreme Court Presiding Justice Yoel Susman, "Civil Court Procedures"; Chapter: "Service of Records".
2 2000-01-31 Amos Baranes v State of Israel (3032/99) in the Supreme Court – Request for a new trial – as found in the Public Defender's site on August 28, 2015 //
ברנס נ מדינת ישראל (3032/99) בבית המשפט העליון - בקשה למשפט חוזר, כפי שנמצאה באתר הסנגוריה הציבורית ביום 28 לאוגוסט, 2015
https://www.scribd.com/doc/276675431/
http://index.justice.gov.il/Units/SanegoriaZiborit/Odot/MishpatimChozrim/%D7%91%D7%A8%D7%A0%D7%A1.pdf
3 Information that was removed from the Request for a New Trial in Magistrate Lubinsky's decision, is detailed in the link below:
פירוט המידע שהוסר מן הבקשה למשפט חוזר בהחלטתו של הרשם לובניסקי בקישור להלן:
https://www.scribd.com/doc/277378921/

Posted by Human Rights Alert (NGO) at 5:10 PM No comments: