Bank of America Corporation Continues with Its Alleged Deceit in re: Outside Counsel...

Below is recent correspondence with Phil Wertz, senior counsel at Bank of America Corporation Legal Department in North Carolina.  There is a large body of credible evidence indicating deceit by BAC in relationship to employment of  Bryan Cave, LLP as an outside Counsel in this case.

Countrywide, now Bank of America, has been appearing at the LA Superior Court for the past two years in the courts of Jacqueline Connor, John Segal, and Terry Friedman under the self designation of "Non Party", while the LA Superior Court designated it interchangeably "Defendant", "Plaintiff", "Cross Defendant", "Intervenor", "Real Parties in Interest" - all with no legal foundation at all.
In such actions Countrywide had Bryan Cave, LLP appear in court as if it were authorized to represent Countrywide, later Bank of America. However, later, BAC claimed that Bryan Cave, LLP was NEVER authorized to appear in court.  At present, Bryan Cave, LLP refuses to answer any questions regarding the identity of its clients and the nature of its engagements, relative to putative "no communications with Countrywide clauses" and failure to define "attorney in charge".  It is likely that upon discovery and review, it would be deemed that what is taking place is deceit that is repeat of a deceitful scheme relative to employment of outside counsel, used by Countrywide in a Texas Court, rebuked by the Hon Jeff Bohm U.S. Judge in his March 8, 2008 72-page Memorandum Opinion (Borrower: William Parsley; Case # 05-903-74).
Of interest, an opinion was published May 1, 2008 by Prof Erwin Chemerinsky in the LA Times regarding counsel attempting to conceal the identity of his clients.  In his May 1, 2008, opinion, Prof Chemerinsky stated:

In fact, the law of professional responsibility is clear that the identity of a client is generally not deemed confidential.  The law requires that a lawyer keep secret the content of communications with a client, but the identity of a
client is not regarded as confidential except in the rare case in which disclosing it would inevitably reveal the content of a secret communication. There is nothing in the California Rules of Professional Responsibility, the California Business and Professional Code or the ABA's Model Rules that require that a lawyer keep secret the identity of past or current clients.

Bank of America Corporation is the recipient of privileges that are worth many billions of dollars as part of the Bailout program.  It is difficult to estimate the scope of the benefits to BAC, since they are likely to involve confidential provisions by Bush administration officers that were never disclosed to the public or to U.S. Congress.  Whether such provisions were legally valid or not is immaterial, as long as government officers, even under the Obama administration, are treating such provisions as effectual.

It is likely that the schemes described above, regarding appearance as "Non Party"  and regarding engagement or lack thereof of outside counsel, are related to circumventing regulations - most likely - SEC and Office of Federal Trade Commission regulations.  Of note, these two offices have refused for the past two years to review my complaints regarding Countrywide/BAC.  Not that they claimed that my complaints were false or invalid, they refused to review them in the first place.  Some evidence suggests also false records related to my complaints, at least at Federal Trade Commission, but possibly also at SEC.
The underlying matter involves alleged very large scale fraud and deceit against the U.S. Government in relationship to uniform residential loan application (1003) underwriting.  Neither Countrywide, Angelo  Mozilo, Sandor Samuels, BAC, Kenneth Lewis, Timothy Mayopoulos, nor BAC Audit Committee would answer any questions for the past 2 years regarding the 1003 below and its double "Date Received" stamps.  The one from early October 2004 was defaced, and a second one dated October 12, 2004 was impressed.
The person who is the most knowledgeable witness on this matter, Diane Frazier, former senior Countrywide underwriter in the San Rafael Branch, is intimidated into believing that she is prohibited from discussing the matter.  After I located her in March 2007, and after she willingly provided me with the information explaining the detailed events that led to these double date-received stamps, I received a death threat from a person who explained that Countrywide prohibited me from communicating with Frazier, and that "If you call this number again, I will come down to LA and gun you down."
Subsequently, Bryan Cave, LLP appeared in the court of Judge Jacqueline Connor on July 6, 2007, when the court was dark, off the record, off the calendar, with no clerk present, for a "protective order", which requested to prohibit me from communicating with Diane Frazier, among others.  In their court papers they explained that after I located Diane Frazier, they had to handle me "firmly".

Diane Frazier is available at:

The matter as a whole must be deemed directly related to [redacted], particularly since it is likely to unveil material deceit by U.S. Officers against U.S. Congress, and specific deficiencies in regulatory agencies that led to the sub-prime heist as we see it today. 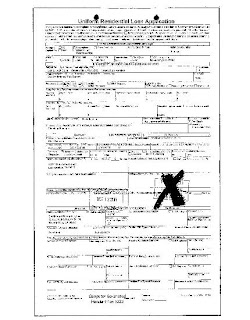 By Joseph Zernik
Dated: May 04, 2009
Widespread corruption of the justice system in Los Angeles, California is alleged, which has been tolerated by FBI and DOJ for at least three decades, resulting in thousands falsely imprisoned for years, and contributing to corruption at Countrywide.

Washington DC -- petition filed in U.S. District Court - "to compel a U.S. Officer to Perform His Duties" (Zernik v Melson et al 1:09-cv-00805), against Director USDOJ - Kenneth Melson, and FBI Assistant Director - Kenneth Kaiser, who are alleged to have provided false and deliberately misleading responses to inquiries by Congress -
Senator Dianne Feinstein and Congresswoman Diane Watson regarding the case of Samaan v Zernik. The petition alleges that the USDOJ and FBI tolerate conditions in LA County, California, that are contrary to civil rights guaranteed in the Amendments and the Universal Declaration of Human Rights.
Drug sales by law enforcement agencies: The petition alleges that such treatment of this county goes back at least to the early 80's and drug sales for profit by CIA in Los Angeles, as part of Iran-Contra. The petition alleges that such corruption continued through the Rampart scandal investigation - cover-up of further drug sales for profit by various law enforcement agencies. The petition calls for investigation of the conduct of Judge Jacqueline Connor in the First Rampart Trial and elsewhere. The petition alleges that such corruption, continues today, as evidenced by the refusal of LAPD narcotics officers to comply with provision of the Consent Decree (2001) that required annual financial disclosures, and support by LAPD Chief of the refusal of the narcotic officers to comply with U.S. Court orders.
Fraudulent case management systems (CMS): The petition alleges that CMSs introduced in LA courts around 1985, at a time that Ronald George, California Chief Justice, was in leadership positions in LA Superior Court, produced by Sustain, a corporation controlled by the Daily Journal - the largest legal newspaper in California - are massive fraud on the people.
The petition alleges that the elimination of the Books of Court and the denial of public access to court records that accompanied these CMSs, as well as the "local custom" of "waiving" service and notice of court orders, combined - set the court system in LA hundreds of years backwards.
Real estate frauds: The petition alleges judges of the LA Superior court engage in real estate frauds as a racket, through the Enterprise Track - cases that in fact are not part of the Superior Court of California, but appear so to naive parties. In both Samaan v Zernik, and Galdjie v Darwish the Clerk of the Court now refuses to certify that the cases were valid cases of the Superior Court, that the judges were duly assigned(none had assignment orders), and that judgments were valid effectual judgments of the Superior Court of California. Both cases involved Judge John Segal and Att David Pasternak, former president of LA County Bar Association as "Receiver" for real properties. The Grant Deed issued by Pasternak in Samaan v Zernik was opined by veteran FBI agent decorated by FBI Director, by U.S. Congress, and by the U.S. attorney general to be ".. frauds being committed...". The petition alleges that search at the LA County Registrar/Recorder office revealed numerous similar grant deeds by Pasternak there, and conditions at that office, which allowed filing of such Grant Deeds, facilitated real estate frauds.
Countrywide: The petition alleges that LA County was noted by FBI as the "epicenter of an epidemic of real estate and mortgage frauds" well before the sub-prime heist was noticed, and that conditions of the justice system in LA County were quintessential for the development of Countrywide into a corrupt organization. The focus of corruption was the conduct of the Legal Department, which was headed at that time by Sandor Samuels. Corrupt legal practices were rebuked in January 2008 in the Pittsburgh Pennsylvania Court, where Countrywide filed "recreated letters" as evidence, and in March 2008 by the Hon Jeff Bohm, U.S. Judge, Houston Texas, relative to deceitful employment of outside counsel. The petition alleges that both of these deceitful techniques are still utilized today, in LA Superior Court, under control of Bank of America.
Bank of America and the Bailout-Merger: The petition alleges that the failure of FBI to find anything in its investigation, while issuing public statements of an intensive investigation of Countrywide - is deceit on the public and on elected officials. The petition alleges that the merger-bailout of Countrywide with Bank of America, where Bank of America is allowed to grow beyond limits previously set, and where Bank of America agreed to take over a corrupt organization, must have been accompanied by some secret promises or understandings. Such promises, legally valid or not, by Bush administration officials, which amounted to de facto immunities for Bank of America from criminal liabilities are the harbinger of much greater danger to the U.S. economy.
All LA Superior Court judges took payments that were "not permitted": The petition alleges payments of about $45,000 per judge per year, to ALL LA Superior Court judges, which were ruled "not permitted" in October 2008, would be called "Bribes" by a lay-person. The petition alleges that such payments were signed by the California Governor in January 2009 into law that is unconstitutional on its face.
False imprisonments: The petition alleges that false imprisonments continue today of 10,000 or more Rampart-FIPs (Falsely Imprisoned Persons), mostly black and Latinos, who were left imprisoned after the massive Rampart-corruption scandal investigation. The petition alleges that Att Richard Fine, former U.S.
Attorney, is falsely and indefinitely imprisoned for contempt since early March 2009, after leading the fight to expose the payment to LA Superior Court judges that were "not permitted". The petition alleges these are disgraces of historic proportions!
###
Email Click to email author
Phone 310 435 9107
Fax 801 998 0916
Address PO Box 526, LV CA 91750
Posted by Human Rights Alert (NGO) at 11:23 PM No comments: