In the US the movement is "Occupy", in Europe, the occupiers are "Indignados".

In Israel it is simply "Social Protest".

Over the past couple of months, the Tel Aviv encampment has considerably grown. The people, who were not sure that they would be able to pass the winter, managed to reinforce and water proof their tents. The structures are more solid now.

With the warming up of the weather, everybody is drying up.

The Social Protest movement has severed as the jumping board for a group of young members of Knesset in the recent election. According to a knowledgeable resident, none of them visited the encampment in the period leading to the election, or afterwards. One new political faction tried to identify itself with the encampment, but was asked to leave.

In general, the gaps in income and asset distribution in Israel have considerably grown over the past couple of decades. However, Israel lags behind the US and Europe, in the sense that the financial crisis has not yet hit it hard. No bank bailouts yet... The housing bubble, according to many experts, is already here, but not burst yet.

However, given the slowdown in the economy and large government deficit, austerity measures are planned in the near future. the most draconian proposal - 50% cut in child welfare allowance, which will harm mostly poor families.

The evidence is abundant of the central role of the courts and the legal profession in opening the wide socio-economic gap. The most notorious examples are probably the lack of accountability of judges, who were caught falsifying and/or fabricating court records (e,g, Judge Vardah AlSheikh - Tel Aviv, Judge Hilah Cohen - Haifa. It is a common practice by judges, according to the Inspector General of the Judiciary most recent report. It followed the implementation of the latest electronic record systems in the courts over the past decade, with involved invalid implementation of electronic signatures and undermining of the authority and accountability of the clerks of the courts.

Anyway, this is all just a pastoral prelude... 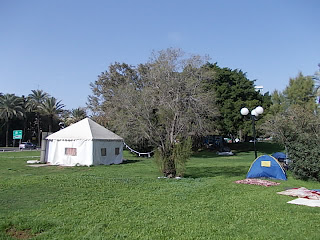 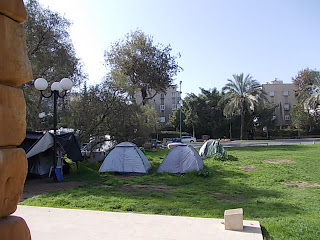 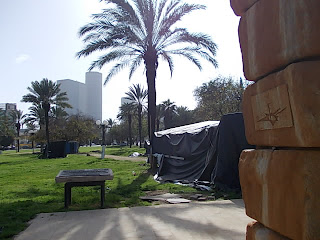 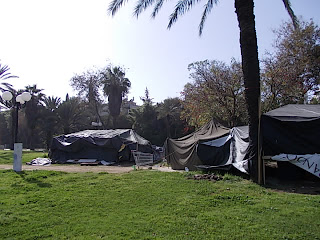 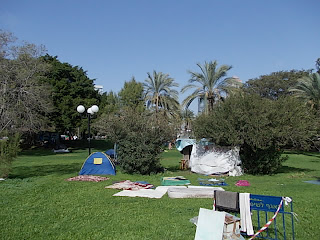 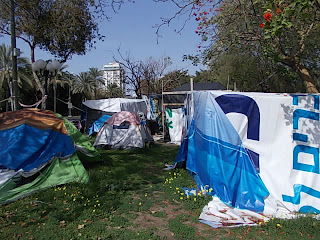 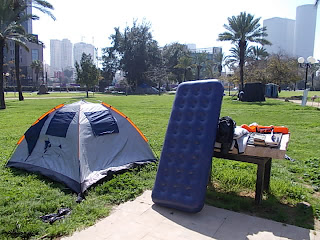 Drying up at the Arlozorov Social Protest encampment in Tel Aviv 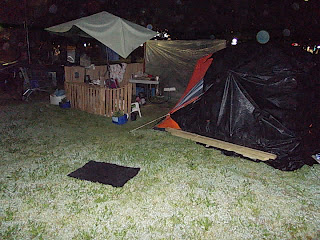 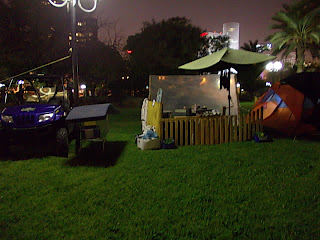 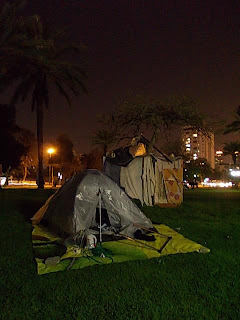 The view from the public hall/dining room.

Posted by Human Rights Alert (NGO) at 9:48 AM No comments: