Here is one of Jerry Brown earliest initiatives... No surprise... closing down the state office of inspector general... with rampant corruption, who needs an inspector general?
Laura Chick's state post eliminated
Kevin Roderick • December 20 2010 3:18 PM
Former city Controller Laura Chick sent an email release announcing that Governor-elect Jerry Brown's transition team has let her know they will be shutting off funds for her state office of inspector general. No hard feelings, Chick writes: "The Governor-elect faces an extremely difficult job in grappling with the severity of the state budget crisis. He received an overwhelming mandate by the voters to make tough decisions, and I wish him the very best during the months ahead." Her statement is after the jump.
Posted by Human Rights Alert (NGO) at 6:03 PM No comments: 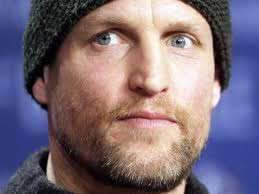 In the late 1990s, the Los Angeles Police Department’s Rampart division was caught up in the worst corruption scandal in the department’s history.
It didn’t take long for Hollywood to mine the subject matter. The scandal, in which dozens of officers in Rampart’s anti-gang unit were accused of serious misconduct, including perjury and evidence tampering, heavily influenced the FX series “The Shield” and the 2001 movie “Training Day,” starring Denzel Washington and Ethan Hawke.
Now comes “Rampart,” a film from director Oren Moverman (“The Messenger”) and film noir writer James Ellroy (“L.A. Confidential” and “Black Dahlia”). Starring Woody Harrelson, the movie recently began filming in Boyle Heights and other local neighborhoods.
“Rampart,” which doesn’t yet have a distributor but is expected to be released next year, tells the story of a veteran police officer played by Harrelson who gets caught up in the events of Rampart in the late 1990s. He is joined by an all-star cast that includes Sigourney Weaver, Robin Wright, Ice Cube and Steve Buscemi.
The independently produced movie is being shot over 35 days in various communities served by the Rampart precinct, including Echo Park and MacArthur Park. The crew filmed last week at the former Rampart station on 3rd Street (the precinct has since moved to a new location on West 6th Street).
“We can truly say the city is a character in this film,"said Lawrence Inglee, president of Lightstream Pictures, which is producing “Rampart.”
Filmmakers are taking pains to use actual L.A. locations that are in the script, such as City Hall, the Parker Center and a number of well-known eateries, including Tommy’s burger joint at Beverly and Rampart boulevards, Johnny’s Shrimp Boat and the historic Pacific Dining Car in downtown Los Angeles, a favorite of Ellroy’s.
“I love the place," Ellroy said. “It’s dark and cavernous and I got married there.”
Although it's an L.A.-based story, there was no guarantee the movie would be shot locally.
“It was challenge for us to find a [financial] partner who was willing to support the idea of filming in Los Angeles,” Inglee said, alluding to the fact that many other states offer more favorable tax breaks to filmmakers. "Rampart," which had been on a waiting list to receive a California film tax credit, eventually received approval for a credit. The film, budgeted at less than than $20 million, is being bankrolled by Las Vegas-based Amalgam Features.
Ellroy, who shares a writing credit with Moverman and is an unabashed supporter of the LAPD, said he was inspired to write the script because he wanted to “set the record straight" about the scandal. He said media coverage of the story, which was broken by the Los Angeles Times, was “overblown” and unfairly tarnished the department's reputation.
“This is a radically different take on what happened in 1999,”  Ellroy said. “This is a good portrayal of a clean, hard-charging police department with the requisite number of bad cops to flesh out any Ellroy story.”
However, Inglee stressed that movie is not an attempt to present an actual account what happened at Rampart or take a position on the LAPD.
“It plays against the backdrop of the Rampart scandal, but it’s a fictional story,” Inglee said. “It’s an exploration of what it means to be a police officer in a troubled urban environment.”
-- Richard Verrier
Posted by Human Rights Alert (NGO) at 5:54 PM No comments: