RE: Request for full refund of any moneys paid to you for legal services in Samaan v Zernik (SC087400) within 10 days.

In reviewing Samaan v Zernik, I must come to the conclusion that Atty Cummings, was aware all along that the whole litigation was fraud and none of the records were valid and effectual. However, even after I raised such concerns with him, in December 2006, he led me to believe that there was no substance to my concerns. Surely, he never warned me that my concerns were true and valid, and never filed cross complaints for Fraud and Deceit.

In December 2006 - January 2007 I also raised my concerns with Mr Workman and others in your law-firm.

I therefore request that you review your books, and send me within 10 days, a full refund for any funds that were paid for legal services related to samaan v zernik. My mailing address: PO Box 526, La Verne, Ca 91750.

After reviewing the matter with a number of Los Angeles attorneys, and with fraud experts. I would also like to know if Mr Cummings would be willing to provide an affidavit regarding his experience in this case. The matter was of the highest public policy significance today, with the ongoing false imprisonment of Atty Richard Fine, since March 4, 2009, in solitary confinement, using the same fraud methods in Marina v LA County (BS109420) that were used in Samaan v Zernik, Similarly, ongoing litigation in Sturgeon v LA County, (BC351286), where the prospect of any integrity in the justice system in LA County was on the line, showed use of the same fraud methods as well.

Conduct of such fraud litigations in the LA County Justice system was deemed a direct extension of the Rampart Scandal (1998-2000), with Jacqueline Connor - the central figure in corruption of both civil and criminal courts. It was also likely to be deemed as severe violation of the Human Rights, pursuant to ratified International Law, of all 10 million residents of LA County, upon review by competent International Human Rights Courts of Jurisdiction..

09-11-25 - Holding Richard Fine in a hospital jail, in solitary confinement for seven month - identical to methods used in soviet Russia .... 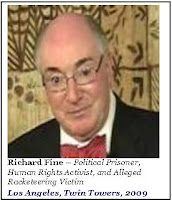 To:
From: joseph zernik 09-11-25 - Holding Richard Fine in a hospital jail, in solitary confinement for seven month - identical to methods used in soviet Russia ....

I am sending you this notice, hoping that you be of help in generating action by medical societies to initiate investigation into the illegal holding of Richard Fine in solitary confinement in a jail hospital for seven months. My understanding is that some medical professional had to sign on some papers to allow this to happen.

As you know I am no lawyer, in contrast with many in the groups involved. However, I tend to see the situation more along legal lines - as violations of ratified International Law. Current corruption prevalent among the U.S. judiciary (by that I mean the class, including both state and federal judges) is something of medieval proportions - and with that severe abuse of the Human Rights of the American People by it own government. The same government would like to rescue the rest of the world from abusers of Human Rights.

FIRST - you have to realize how many of the Human Rights in the Universal Declaration pertain to establishment and maintenance of a fair and honest tribunals [1]
SECOND - you have to realize that the Universal Declaration, passed at the efforts of Elenor Roosevelt and others in 1948, is today Ratified International Law.
THIRD - You have to realize that certain courts in various countries hold that any court has jurisdiction on Human Rights anywhere.
Even if a result could be an issuance of international warrant on any of these individuals, limiting their ability to travel internationally, it would be a major step towards release of Richard Fine.
FOURTH - Please notice that Richard Fine is held in the jail hospital all of this time - since he is not on the Count List of the jail, since he was never booked, since none of the papers is held valid by the justice system itself. It is exactly the equivalent of the Soviet Union holding dissidents in mental hospitals.

The evidence is all there [2] [3]. I am ready/able/willing to go tomorrow, but I am seeking like minded persons, ideally with legal background, who speak several languages, to join me in a group.

Consider it a winter vacation... :)

"This case should demonstrate that the FBI will pursue all allegations of judicial corruption vigorously, as public corruption violations are among the most serious of all criminal conduct and can tear at the fabric of a democratic society," said John F. Pikus, special agent in charge of the Albany division, in a prepared statement.
Posted by Human Rights Alert (NGO) at 10:01 PM No comments: 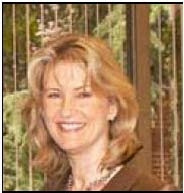 Racketeering in perfect harmony!
On August 30, 2007 judge Jacquelin Connor was presiding in a Case Conference... or maybe it was a Motion Hearing? Although it was listed as a Case Conference, she was routinely referring to it as a Motion. As I already knew her routine deceptions, I routinely interrupted her anytime that she said "Motion". The transcript was edited, so only some of these remained on the transcript.
Jacqueline Connor was pretending to assign an Escrow Referree to execute an invalid, ineffectual August 9, 2007 Judgment. Since I was by then familiar with her routine deceptions, I can be found on the transcript, stating:
"Your Honor, please be diligent and issue an Order in compliance with the law". To which the reponded on the record: "I have no intention of doing so". I then added, that I provided her with an ADR form, all that she needed to do, was check some boxes. However, Jacqueline Connor was set in her way, she was determined to engage in willful criminality.
The August 30, 2007, invalid, ineffectual minute order, that atty Mohammad Keshavaarzi and retired judge Gregory O'Brien tried to use to coerce my participation read as follows:
Status Conference Regarding Referee Appointment
Matter is called for a hearing.
The Court appoint Honorable Greg O'Brien, Retired Judge
as Referee. The Court will prepare the Order to appointing
Discovery Referee.
...
Notice is waived.
On October 11, 2007 I received a fax indicating that Retired Judge O’Brien, who was pretending to be a Referee in Samaan v Zernik SC087400, resigned. Until that day, he and Mohammad Keshavarzi attempted to coerce me to meet them, in what later, on October 11, 2007, on the record, Mohammad Keshavarzi described as "execution of an entered oral judgment".
That letter states:
“..certain circumstances have arisen that make it imprudent for me to remain as the referee” and “Please also consider this letter to be on behalf of ADR Services, Inc., which shall decline any further reference as to this case.”
ADR and retired judge Gregory O'Brien decided that it was imprudent to continue racketeering... not so judge Jacqueline Connor and Mohammad Keshavarzi... no way that these two would stop...
Judge Jacqueline Connor, retired judge Gregory O'Brien, and ADR were among defendants in Zernik v Connor et al (2:08-cv-01550). at the U.S. District Court, LA. That litigation was corrupted by Magistrate Carla Woehrle, best remembered for doing the same job on the Habeas Corpus petition of Atty Richard Fine.
Linked Records:
1) August 30, 2007 Transcript
http://inproperinla.com/00-00-00-la-sup-ct-samaan-v-zernik-transcripts-07-08-30-status-conference-and-purported-appointment-of-obrien-referee-s.pdf
2) August 30, 2007 invalid Minute Order
http://inproperinla.com/00-00-00-la-sup-ct-samaan-v-zernik-court-filing_07-08-30-mo-from%20paper=court0file-escrow-referee.pdf
3) September 7, 2007 Fax from ADR and Gregory O'Brien, showing the papers that formed the foundation for his conduct, which were stated to have been received from Mohammad Keshavarzi (in one of the documented ex parte communication)
http://inproperinla.com/07-09-07-obrien-s-papers-s.pdf
4) A copy of the October 11, 2007 letter can be viewed at:
http://home.earthlink.net/~jz12345/COUNTRYWIDE/07-10-11_obrien&adr_resign.pdf
5) October 11, 2007 Transcript.
http://inproperinla.com/00-00-00-la-sup-ct-samaan-v-zernik-transcripts-07-10-11-jude-segal-kesharzi-on-entered-oral-judgment-s.pdf

"This case should demonstrate that the FBI will pursue all allegations of judicial corruption vigorously, as public corruption violations are among the most serious of all criminal conduct and can tear at the fabric of a democratic society," said John F. Pikus, special agent in charge of the Albany division, in a prepared statement.
Posted by Human Rights Alert (NGO) at 10:13 AM No comments: