2017-10-03 The bloggers and vengeful judges affair: Appeal in the Israeli Supreme Court re: faking and hiding of e-signatures

The bloggers and vengeful judges affair: Appeal in the Israeli Supreme Court re: faking and hiding of e-signatures
The routine - judges issue in Net-HaMishpat (case management system of the courts) fake decisions and judgments, which are not lawfully signed with an e-signature. According to the judges, such documents are "drafts", lack finality and acceptance of responsibility.  Under such circumstances, judges permit themselves to issue deceptive decisions with no accountability.  The best documented example is the Judge Varda Alshech "fabricated protocols" scandal. The most despicable example are the judgment records against Roman Zadorov in the Nazareth District Court...  In order to enable such conduct, the judge have to also hide the e-signatures.  Such conduct is considered by experts "Shell Game Fraud".  The Appeal raises the question: "Is a court permitted, in a criminal process, to serve a person documents with the intention that the recipient accept their authority as valid court decisions and judgments, and at the same time hold the authenticity of the same records as valid court records a riddle?" The circumstances that are documented in the Appeal pose clear and present danger to Liberty and fundamental Human Rights of all residents of the State of Israel.  The appeal originates in the criminal prosecution of Israeli bloggers Lori Shem-Tov and Moti Leybel, protest activists against corruption of the family courts, who have been detained over the past 7 months under unprecedented harsh and abusive conditions. Their treatment has documented a series of serious Human Rights abuses by the justice and law enforcement system in Israel. A recent submission to the UN Human Rights Council for the 4-year Universal Periodic Review, documents such circumstances in Israel, alleging, "incompetence and/or corruption of the courts and the legal profession, and discrimination by law enforcement in Israel".
Read more: http://inproperinla.blogspot.co.il/2017/10/the-bloggers-and-vengeful-judges-affair.html 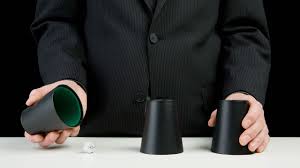 Figure: "Shell Game Fraud", or "Confidence Trick" is an attempt to defraud a person or group after first gaining their confidence, used in the classical sense of trust. 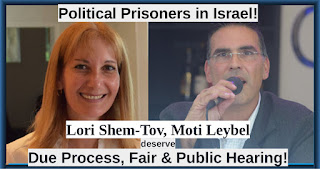 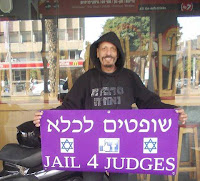 Figures. Abuse of Lori Shem-Tov and Moti Leybel - bloggers and protest activists against corruption of the family courts - continues, and generates in itself unique documentation of corruption of the courts and serious abuse of Human Rights.  Judge Abraham Heiman is holding the Defendants in detention for the past 7 months, while perverting court records and court process. In particular - generating fake court hearing protocols and refusing to permit inspection of their lawful e-signatures.
____ 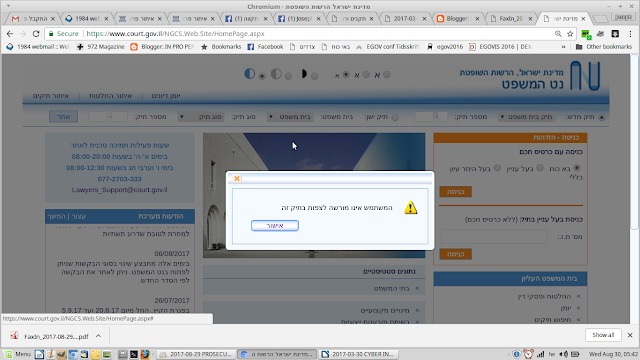 Therefore, the fundamental question underlying instant Appeal pertains to the right of a person, who was delivered purported service of an electronic document, which appears as a court record in a criminal process, to inspect the electronic signature of the same document, in order to verify its authenticity as a valid judicial decision record. Otherwise stated: Is a court permitted, in a criminal process, to serve a person documents with the intention that the recipient accept their authority as valid court decisions and judgments, and at the same time hold the authenticity of the same records as valid court records a riddle?

Figure.  Zernik v State of Israel et al (7631/17) - criminal appeal - in the Supreme Court: Public access to the entire court file is denied. The case was designated "Sealed" upon filing.
____

At the time of filing, the Appeal was immediately listed as "Sealed" with no due reasoning. Therefore, Request for Unsealing was immediately filed. The Request for Unsealing claims that there is no lawful reason for sealing in this case, and the Office of the Clerk's designation of the case "Sealed" was in error. [2]
Public access to the Tel-Aviv District court file is denied, but Judge Heiman has failed to decide so far on a request to produce a lawfully made sealing, or gag order - which apparently does not exist in this case.  Hearing are routinely conducted in open court, but are falsely watermarked on the protocol records "Closed Doors".  The State Attorney Office wrote that the the case is "Open to the Public", but on of the Defendants' counsel wrote that there are "publication restrictions"...  Such vague and ambiguous conditions, pertaining to the Tel-Aviv District court file are probably the reason that Israeli media fail to report on this important case.
The Appeal and all its attachments were filed as bi-lingual records - Hebrew and English, since the underlying matter pertains to competence and integrity of the Israeli courts, and it documents clear and present danger to Liberty and fundamental Human Rights of all residents of the State of Israel. A recent submission to the UN Human Rights Council for the 4-year Universal Periodic Review, documents such circumstances in Israel, alleging, "incompetence and/or corruption of the courts and the legal profession, and discrimination by law enforcement in Israel".
Since the original detention of the Shem-Tov and Leybel in late February 2017, Israel protest activists have been showing up in court and carefully monitoring the case, which is one of a series of cases, where the Israeli courts are acting to repress social protest and persecute whistle-blowers. [3]
Lori Shem-Tov and Moti Leybel are leaders of protest against corruption of the family courts and the welfare system, particularly the taking of children from their biological parents and placing them with surrogate families of institutions, in other cases - giving them for adoption.  The majority of affected families are poor, and the system produced a small industry around handling such children.  Shem-Tov and Leybel are charged with demonstration against involved judges and welfare staff, and online publications, which defame judges, attorneys and welfare staff.
The case has produced unique documentation of abuse by the Israeli justice and law enforcement system: 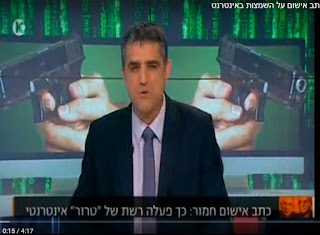 Figure. "Serious indictment: This is how the Internet Terror group operated". Israeli TV Channel 10 evening news broadcast, with drawn guns in the background, portraying Shem-Tov and Leybel as violent criminals.
____

Figure.  Chief Legal Counsel of the Administration of Courts, Attorney Barak Laser was initially detained and interrogated, since it turned out that he leaked to the bloggers some of the documents that they published online. 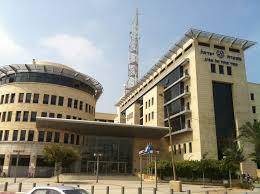 Figure. In court hearings it was exposed that Moti Leybel was held for 10 days in solitary confinement an illegal detention facility - "Black Hole" - in the basement of the Israel Police new headquarters in the center of Tel-Aviv. Leybel was held there under conditions that should be deemed torture and interrogated in an effort to obtain confession.
_____

Figure. "Consent by pro-tem Attorney General for the filing of indictment": One of the notable differences between the authentic Indictment, filed in the court file, and the fake indictment record, which was served on the detained Defendants, was omission of the consent of State Attorney Shay Nitzan, on behalf of Attorney General Avichai Mandelblit for the filing of indictment under extreme articles of the Penal Code.

____
Numerous petitions by the Detainees to the Israeli Supreme Court, challenging their treatment by the Tel-Aviv District Court and Israel Prison Service have been denied.

It appears that the extreme treatment of bloggers and protest activists Lori Shem-Tov and Moti Leybel is related to their protest against judicial corruption, which the system is unwilling to tolerate.  Protest against the corruption of the justice system has marked the Israeli protest movement in recent years, and the system appears corrupt to the point of "collapse".  Demonstrations near the home of Attorney Avichai Mandelblit have been conducted every Saturday night since last November, protesting the failure to prosecute corruption of senior State officers, while persecuting whistle-blowers and protest activists. Some of these peaceful demonstrations were marked by inexplicable violence by police. [4]

A recent submission to the UN Human Rights Council for the 4-year Universal Periodic Review, documents such circumstances in Israel, alleging, "incompetence and/or corruption of the courts and the legal profession, and discrimination by law enforcement in Israel". [5]

Posted by Human Rights Alert (NGO) at 6:26 AM No comments: