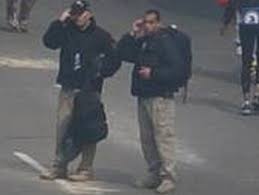 Events, surrounding the death in 2002 of Shmaryahu Cohen, Chief Clerk of the Supreme Court of the State of Israel, are worthy of investigation. 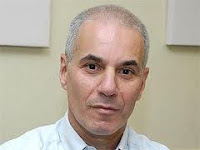 The late Chief Clerk Shmaryahu Cohen; former Presiding Justice Aharon Barak; former Magistrate of the Supreme Court Boaz Okon.
As previously detailed, [1,2] research, based on techniques that are called data mining (and involve no legal analysis of the adjudication), reveals profound, unprecedented changes in the electronic decision records of the Supreme Court of the State of Israel in March 2002. The changes, which were introduced, should indicate the voiding and nullification, in advance, of any decision record as a valid public legal record. For example, all decisions are today served and published unsigned, unauthenticated, and bearing the disclaimer "subject to editing and phrasing changes".

The research also showed the concomitant disappearance of the former Supreme Court Chief Clerk Shmaryahu Cohen from the records (except for many dozens of Supreme Court decisions, which continued to be certified under his name over the next five years...).

Google of his name revealed that on March 7, 2002, he died from cardiac arrest in a retirement party of a staff member in the Office of the Clerk of the Supreme Court, after offering a toast. It also revealed that days later, a family member or friend filed with the police a report, suspecting murder, but could not provide a reasonable motive.

Data mining reveals instability in the certification patterns of Supreme Court decisions already a few months earlier, which can be interpreted as reflection of ongoing negotiations on changes in the normative certification statement "True Copy of the Original".

Later, in 2010, the State Ombudsman Report 60b, which reviewed the new computerized systems, which were introduced in Israeli courts over the past decade, concludes that the system were developed and implemented (by IBM and EDS) in violation of the law of the State of Israel in various ways. One of the violations is that in the process, the servers for all court records in Israel were removed from the courts and the custody of the clerks to the custody of one of the corporations (the Ombudsman does not specify the name of the current corporate custodian of Israeli court records...).

The latest Supreme Court decisions from March 2002, certified by Shmaryahu Cohen are the latest evidence that we have of custody of the Supreme Court records by a lawful Chief Clerk.

Events in 200 took lace under the tenure of Aharon Bark as Presiding Justice. Data mining also showed profound changes in the activity of Boaz Okon, then Magistrate of the Supreme Court around the same period.

The matter above was part of the evidence in the Human Rights Alert (NGO) submission to the UN Human Rights Council (HRC), which was probably the first-ever such submission, which was based on data-mining reseach of government electronic records. [3] The submission was incorporated in the HRC Periodic Review of the State of Israel - Professional Staff Report (2013), with a note referring to "lack of integrity in the electronic records of the Supreme Court, the district courts, and the detainees courts in Israel".

The Human Rights Alert submission recommended investigation of events in the Supreme Court around the time of the death of the late Shmaryahu Cohen, former Chief Clerk of the Supreme Court of the State of Israel.

Ronald George (California), Alex Kozinski (9th Circuit), Aharon Barak (Israel) - what is common to the three?
These are three most senior judges in their respective jurisdictions, who oversaw unprecedented corruption of the courts under their terms.

Do they share any other ideological bends, except for highest level corruption?

Ronald George - got his claim to fame as tough on crime, staunch advocate of the death penalty.
Alex Kozinski - Reagan appointee, who is advertised as a brilliant judicial mind and First Amendment champion.
Aharon Barak - built himself the persona of a mini-Moses, by authoring academic articles in which he claimed that he was leading a "Constitutional Revolution" in Israel, where there is no constitution...  He was also famous/infamous for saying "everything is adjudicable" - the practice of that theory meant micromanagement of the executive by the Israeli Supreme Court.  Internationally he was noted for a ruling that banned torture by the security forces in Israel.

What does it really mean:
The main contribution of these three great justices is in unprecedented deprivation of the rights of the respective people.  The "Bench Persona" that each of them chose for PR purposes is irrelevant.
Posted by Human Rights Alert (NGO) at 5:33 AM No comments:

Usually I don't do UFOs and martians, so I was holding it in my belly  for a few days...

Martians at the Boston Marathon

Last Friday, early morning, around 3:00am, on the corners of Ibn-Gabirol and Marmorek, two main avenues in Tel Aviv, I sighted a couple of martians.

The area is mostly coffee-shops and restaurants, and this being summer, there were people, mostly young, walking leisurely around, dressed casually, or in summer party outfits..

On that background, the two martians stood out, walking briskly.  They were dressed in perfectly matching uniform and gear.  Military style olive pants, grey t-shirts, olive caps, military style walking shoes, military style matching small backpacks.  No logos, national, corporate name or ID on the uniform or gear.  Both had bright orange necklaces holding name-tags, and both name-tags were concealed in the t-shirt pockets.

The location - 5 min walking distance from IDF command and control center, and the future site of 5 story underground US bunker...

For a second I thought of taking a photo.  Had it been Israeli police or military, I would not hesitate.  But martians can respond with lethal violence to being photographed...

Israelis are not informed, since media here is relatively silent on the abuse of the civilians of other nations, where the US government operates private security forces.  Such people are considered by themselves and by the US as operating above any law.

PLEASE HELP FIND OUT IF I AM DELUSIONAL OR NOT...IF YOU HAVE SEEN ANY PERSON OF SIMILAR DESCRIPTION ANYWHERE IN ISRAEL, PLEASE EMAIL ME at 123456xyz@gmail.com

If you can safely produce a photograph,that would be super.

JZ
Posted by Human Rights Alert (NGO) at 4:33 AM No comments:

You are mixing up fiction and reality. That's called delusion. In tyrannical regimes, it is often difficult to chart the power diagram. Relative to the former Soviet Union there was a special breed of specialists - Kremlinologists - who were dedicated to the study of such issues. Relative to the US today, I offer the chart below. jz

Schematic Diagram of the current US Regime 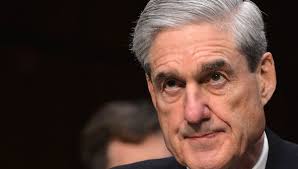 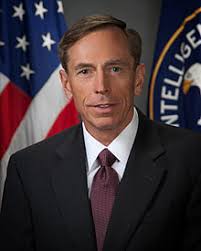 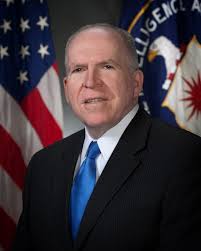 CIA Director - At the discretion of the Omnipotent
...
... 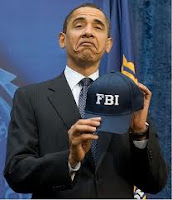 Obama, or whoever he is

President - At the mercy of the Omnipotent; teleprompter-fed, performs on cue.

2) On Friday, May 24, 2013 11:13:28 PM UTC+3, John Wolfgram wrote:
While this is something to keep in mind, JZ, keep also in mind that the CIA, unlike NSA, is the president's own. That is why the president selects the head of the CIA each term. There is no loyalty anywhere like the loyalty of the CIA to the president. If he says "fall on the sword" they fall on the sword. While I'm not suggesting that it is so, it is possible that the whole scandal around Petraeus leading to his resignation was created to cover-up what really happened re Benghazi. He will take the blame as a good soldier should, and his resignation was set up to give him credibility when he does take the blame.
I'm not saying that is what happened. I'm saying that such manipulations of fact are within the traditional relationship of the CIA to the President, any president; like Johnson in the Gulf of Tonkin, like Nixon in Laos and Cambodia; like Bush II and WMDs; like Bush I, the former head of the CIA and Nixon and then Reagan. (Not withstanding his background, Bush II is the only president since Dwight who actually as president, put the good of the Nation before his own political interests.)
Wolf

Finally, some commonsense in this story... It was not an "embassy", it was not a "consulate", it was not a "diplomatic mission".  it was a CIA outpost, and therefore, a legitimate military target. The fact that the attackers managed to trap there a senior US officer - an ambassador - probably means that they had uniquely effective field information and ability to act at the required time.  jz

The C.I.A.’s Part in Benghazi

By THE EDITORIAL BOARD

The C.I.A.’s role needs to be examined to understand what happened and how to better protect Americans.Throughout months of Republican “investigation” into the tragedy in Benghazi, Libya, on Sept. 11 last year, the Central Intelligence Agency has escaped the scrutiny and partisan bashing aimed at the State Department and the White House. But we now know that the C.I.A., and not the State Department or the White House, originated the talking points that Republicans (wrongly) insisted were proof of a scandal. It was more central to the American presence in Benghazi than the State Department, and more responsible for security there.
SOURCE:
http://www.nytimes.com/interactive/opinion/editorialboard.html