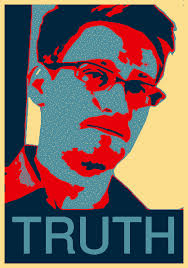 Snowden Is A Whistleblower . . . Just Not In The United States

These are certain things that you will not easily find in U.S. media like Jimmy Carter declaring that we no longer have a functioning democracy in this country. Another is reading about Snowden as a whistleblower. The White House has been highly successful in telling media not to refer to Snowden as a whistleblower and enlisting various media allies to attack him as a clown and a traitor or mocking his fear of returning home. This week you had to read Moscow Times or other foreign sites (or a link on Reddit) to learn that Snowden has won this year’s Whistleblower Award established by German human rights organizations.
MORE: http://jonathanturley.org/2013/07/24/snowden-is-a-whistleblower-just-not-in-the-united-states/#more-67485
Posted by Human Rights Alert (NGO) at 12:44 PM No comments:

BANK BREAKS INTO OHIO WOMAN’S HOME, REPOSSESSES HER BELONGINGS – BUT THAT’S NOT THE MOST SHOCKING PART OF THE STORY

READ MORE:
http://www.theblaze.com/stories/2013/07/24/bank-breaks-into-ohio-womans-home-repossesses-her-belongings-but-thats-not-the-most-shocking-part-of-the-story/
__________
It's the corrupt banksters-judiciary complex - racketeering galore - and key factor in the current Greater Depression.  Corruption of the corporate-judiciary complex was likewise a key factor in the 20th century Great Depression.  And reform of the US courts in the early 20th century was key to emergence from the Great Depression.

That was one of the two focus areas (the other was large-scale false imprisonment) of my report on LA County to the United Nations in 2010, which was summed up by the UN as "corruption of the courts and the legal profession, and discrimination by law enforcement in California."

The issue is NOT big bucks for legal defense.  The issue is corruption of the courts.  In fact, once you start reviewing the papers filed by the banks in court, you wonder why their attorneys bothered to go to fancy law schools in the first place.  Their main attribute is fraud, and that you can learn on your own with a little bit of natural inclination.

Below [1] is one of my most popular published reports, which is a list of court papers filed by Bank of America, and related legal correspondence from senior management -  evidence of racketeering.

In the LA Superior Court I documented numerous cases of Fraud on the Court in cases involving Bank of America. [see 4 for example]  I claim that the key figure in such conduct was Sandor Samuels, Chief Legal Officer of Countrywide and "close personal friend" (according to the recusal statement of one LA Superior Court judge) of many of the judges.  Later Samuels served as Associate General Counsel at Bank of America, and for over a decade - President of Bet Tzedek (the Los Angeles "House of Justice").  In his latter capacity, he obtained an exclusive contract from LA County to examine consumer complaints regarding real estate and mortgage fraud... How convenient...

And if you wish to explain to the genral public the tight relationship between corruption of the courts by the banks and the current financial crisis, I also produced the animation video...  ("Blocked in some countries") [4]

You should also note that 2 California judges ( Terry Friedman and Peter Meeka) and 2 US judges (Virginia Philips and Carla Woehrle) refused to answer in cases involving Bank of America on requests for a statement on the record, pursuant to the Cailfronia Code of Judicial Ethics, whether they or family members residing with them had received financial benefits from Bank of America... [5]

Furthermore, Countrywide's collapse, which was one of the opening shots of the crisis, was based in LA County.  Already in the early 2000s, FBI reports defined LA County as "The epicenter of the epidemic of real estate and mortage fraud".  I claim that Countrywide's fast growth in the preceding decade was largely based on corruption of the LA Superior Court.  You could not find an attorney in LA County who would claim Fraud in court against a bank, for fear of reprisal by the court.  Definitely, Mortgage Fraud was considered a non entity in the LA Superior Court at least since the early 2000s.

Moreover, the collapse of Countrywide was NOT related to the performance of its junky mortgage portfolio. It was triggered by the publication in January 2008 of a report by the NYT's Gretchen Morgenson of Fraud on the Court by Countrywide, in a bankruptcy case, where they filed "recreated letters". Investors figured out that a bank, where the legal department was corrupt, is unreliable in any of its financial reports and business practices. [7]

Posted by Human Rights Alert (NGO) at 8:49 AM No comments:

Working on a newspaper, book and possibly documentary project on Yitzhaq Shami. 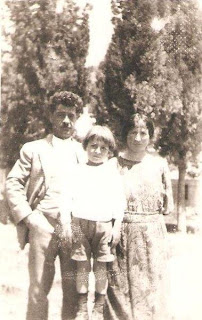 Posted by Human Rights Alert (NGO) at 6:47 AM No comments: