Sex, bribes and recordings rocking the Israeli justice system
Media report that the entire content of former Chairman of the Israel Bar Association Effi Naveh’s mobile phone was leaked. It is only the latest scandal plaguing the Israeli justice system, already under siege since entering a head-on collision with Prime Minister Netanyahu.
READ MORE: https://inproperinla.blogspot.com/2019/12/2019-12-26-sex-bribes-and-recordings.html


Wikileaks of the justice system...Thousands of files, including sensitive conversations by Effi Naveh and Supreme Court, district judges, prosecutors, ministers, journalists and female attorney ***were leaked***. Some fell into the hands of elements related to crime organizations.

Naveh is the disgraced, former Chair of the Israel Bar Association. In recent years, together with his partner, right-wing justice minister Ayelet Shaked, he reigned as deal maker of the Judicial Appointment Committee, reshaping the Israeli justice system (Figure 1). 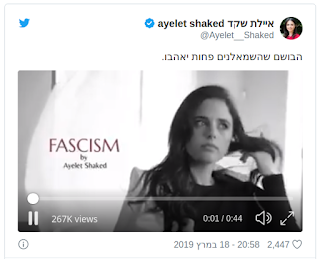 
The implication of the leak of the materials from Efi Naveh’s device may be weighty.  These are sensitive conversations among the highest levels of law and justice agencies, which may be used to extort and pervert court actions. It involves attorneys, judges, politicians and journalists...

Nobody doubted the authenticity of the materials leaked from Naveh’s mobile device.
Later that evening, Barak Cohen, a notorious, dissident attorney added: [iv,v]

Attorney Cohen is one that should know… it appears that he or others may have held some early copies of at least some of the materials from Naveh’s mobile device.
A sample recording was published several months ago: [vi]


I’ve met today somewhere around 10 candidates for the Supreme Court… except for licking my a@#@$*e they have done it all...


Effi Naveh’s entire mobile is out there, the strongest man in the justice system in recent years.  Figure out for yourselves what it means.
Crazy expose’ by Channel 13’s Doron Herman and Maoz Zur.
It is obvious that the leak did not originate in police, neither the State Prosecution, but a different person, who thoroughly cataloged all materials in the device.
This is unbelievable.


One female judge went home, but dozens of other judges remain exposed, recorded, in their most personal moments, embarrassed and vulnerable to extortion.  And now it has fallen into the hands of elements that are not related to the Naveh affair at all. Is this the outcome that the State Prosecution anticipated?  Not to mention my journalist colleagues, who are exposed to everyone in private conversations.  Sad

Angry comments on Herman’s post included calls, urging criminal prosecution of those who were involved in the leak…
Sex for Judicial Appointments
The statement, “one female judge went home, but dozens of other judges remain exposed...”, refers to the scandal named “Sex for Judicial Appointments”. It exploded in January 2019, immediately after Naveh’s device was hacked.  The materials included evidence of sexual favors, provided to Efi Naveh by female candidates for judicial appointments.  By September 2019, police completed the investigation and recommended the filing of indictments.  By December, the State Prosecution issued a statement, indicating its intention to file indictments, subject to hearings with the suspects.
“Sex for Judicial Appointments” wasn’t Naveh’s first brush with the criminal justice system. In October 2018, Naveh was caught smuggling his girlfriend out and into Israel for a vacation in Thailand. The motive for the bizarre conduct was claimed to be the desire to hide their vacation abroad, since Naveh was in the middle of a nasty divorce process.
A leak – or a not so veiled threat by Naveh? Gag orders are the remedy...
Later on Christmas Eve, Sharon Shpurer published her take on the dramatic expose’. Shpurer is a courageous independent investigative journalist, who perhaps was the first to tackle corruption of the Israel Bar Association.  She had suffered serious retaliation.
Shpurer wrote: [ix]


Journos got mixed up.  Concern is not of Naveh’s mobile leak serving criminal elements for extorting the judges, but that the criminal named Effi Naveh, in collusion with several other criminals, extorted corrupt judges, and now it will all leak out.
This is what people close to Naveh previously informed journalist Amnon Abramowitch.  This is extortion

Shpurer continued by quoting her own older post, referring to a TV appearance by journalist Amnon Abramowitch on the same issue:


… How he [Naveh -jz] sneaked in his representative into the Judicial Appointments Committee, and how he provided her with arbitration jobs.
But Abramowitch did not end with that.  He also forwarded a message from Naveh’s circle, which sounded intimidating: “Persons close to Effi Naveh state the following.  If a trial is conducted, it would drag in retired judges and judges still holding office, and it would be a major embarrassment.” Then he added: “I believe that they have more dignified arguments than this one.”
At this stage, he [Abramowitch - jz] pulled out a document, which was partly redacted, and said: “Let’s see what we have here.  Naveh is transferring arbitration jobs to the son of a judge, which is facing promotion, who has just opened a law office. He transferred the arbitration on the day that the office was opened.  Therefore, any investigation should be of financial nature.”

Gur Megido, senior writer at The Marker, added the next morning:


Doron Herman and Maor Tzur broght us a great story yesterday.  No cynicism.
My feeling is that it lacked a disclosure regarding the friendship with the subject of the report. 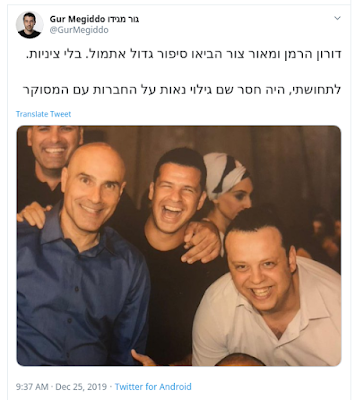 Figure 2. Former Israel Bar Association Effi Naveh (in blue shirt) with reporter Doron Herman (in white shirt), who published the sensational “expose’” earlier this week.
---
The entire affair appears as a repeat of the clash between “Kabbalist” Joshia Pinto and the justice system. Pinto won a scandalously lenient plea bargain agreement for bribing the top echelons of the Israel police after exposing and eliminating the head of the ‘Israeli FBI” and head of the Israel Police National Fraud Unit. [xi]
Wednesday morning, The Marker summarized the situation regarding the Naveh leak: [xii]


Transcript of a conversation between former Chair of the Israel Bar Association, Effi Naveh, and a senior judge - still holding office – was circulating yesterday in social networks.  The transcript is under gag order by the Tel-Aviv Magistrate Court, pertaining to any details from Naveh’s cellular devices…  The circulation of the transcript … also raises a fundamental legal-moral issue: Can a senior judge continue holding his office... after exceptionally explosive material pertaining to him has been published (even if not officially)?


24. HRA-NGO highlighted the serious deterioration in integrity of law and justice agencies... It affirmed that the validity and integrity of any legal and judicial records of Israel should be deemed dubious at best.

Corruption and “National Resilience”
In last summer’s prestigious 3-day national security conference, organizer major general (ret) Amos Gilead stated that corruption should be considered a major factor in “National Resilience”, likening Israel to "a house covered by a steel shield, being eaten by termites from the inside". [xix]
LINKS