13-05--09 Orwellian conditions in the US: Syria as a pretext for "State of Emergency" in the US 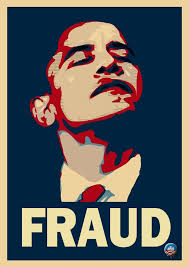 Obama Uses Syria To Extend State Of EmergencyVideoThe President took these actions to deal with the unusual and extraordinary threat to the national security, foreign policy, and economy of the United States constituted by the actions of the Government of Syria in supporting terrorism.
http://www.informationclearinghouse.info/article34874.htm
Posted by Human Rights Alert (NGO) at 6:54 PM No comments:

The petition documents large-scale fraud in the electronic records of the Israeli courts over the past decade.
The Human Right Alert (NGO) submission to the UN Human Rights Council was incorporated into the Universal Periodic Review Report regarding Israel with a note, "Lack of integrity in the electronic records of the Supreme Court, the district courts and the detainees courts in Israel."
JZ
LINKS:
[1] 13-04-15 Dr Zernik v Justice Minister Livni and Director of Administration of the Courts Spitzer (2689/13) – Petition in the  High Court of Justice of the State of Israel (Hebrew with English translation))
http://www.scribd.com/doc/136215148/

Your Honor's response within 14 days is requested

To the Honorable Presiding Justice of the Supreme Court:

On April 18, and again on May 2, 2013, I sent the your Honor requests for honest registration in the above referenced petition, alternatively – for refund of the filing fees. [1,2]

Repeat inspection of the online records in this case today shows that the false registrations in this court file were not corrected, and the registration of “Request for Leave to File Additional Evidence”, which was filed on May 5, 2013, was incorrect. [3]

Following are highlights of the false and misleading and/or incorrect registration details, as of today:
1. Under “General Details”, the Petitioner was listed as “Appellant”.
2. Under “Events”: a) The filing of the Petition itself on April 15, 2013, still fails to be registered. b) On May 1, 2013 no record at all was filed, and the listing on that date “Process Filed” is false and misleading. The language of the registration is incorrect as well. The correct registration should have been “Petition Filed”. c) On May 5, 2013, “Request for Leave to File Additional Evidence” was filed, but was not registered at all under “Events”.
3. Under “Requests”: a) A request was registered on April 21, 2013. The Petitioner never filed any record on that date. b) The “Request” was registered for an “Intermediary Decree”. There is no business involving an “Intermediary Decree” in this case.

At the time of filing the “Request for Leave to File Additional Evidence”, I brought up the issue of incorrect and/or false and misleading registerations in this court file with Director of the Unrepresented Parties in the Office of the Clerk of the Supreme Court Mr Danni Ben Tovim. Mr Ben Tovim responded that these were “nuances”. Such conduct was described by sefl-immolated, social protest activist Moshe Silman, “obstruction of justice with impunity”. However, one cannot assume that Mr Ben Tovim is acting on his own initiative...

Therefore, I request that your Honor ensure honest registration of the records in this case, alternatively, I request refund of the filing fees.

Watch Reverend Billy's Unholy Matrimony in Albany this Tuesday
Posted: 07 May 2013 05:30 AM PDT

Via Occupy Wall St.:
If you are prepared to object to the unholy union of big business and the United States government, we implore you to join us in Albany, Tuesday, May 7th when Reverend Billy will preside over the ceremony to wed big business and government in a celebration even the wedding industrial complex would love. Since the law considers corporations people, then why can't they marry one?
We need you to show up in the streets with us on Tuesday to show Albany that we will not allow our democratic process to continue to be directed to serve the interests of big business and the 1%. We need more, we deserve better, and we are demanding a structural change in our elections. How many more years must we suffer the results of legislators who govern with the fingers of capital around their throats? How many more resources must we lose to the 1% and big business?
We live in a world that is defined at every moment by big business. From destroying local business communities, to enslaving our bodies to the pharmaindustry, the quality of our lives are determined by strategic plans drafted to serve the relentless building of capital.
Through the policies and candidates purchased through legislative loopholes and the coffers of cash found on K Street, our modern world is not one with with a separation of big business and state, but one of total devotion between these two massive entities.
At last we will witness the happiness to be found between offshore money and onshore servitude. On the same day in which those who choose to support the status quo by holding a sham hearing, activists will be in force to defend a publicly demanded system that continues to serve the community of New York City. It is called "public financing" and what it means is that elections are financed with money from the local community, not funds from mysterious LLCs with corporate financiers hiding in the shadows.
Join us and say no. Join us and demand a better system in New York State. We can lead the way to a new playing field in the United States that serves the people by rendering impotent the power of corporations with profits that outsize the GDP of many countries.
"All contributions by corporations to any political committee or for any political purpose should be forbidden by law," proclaimed Theodore Roosevelt. Certainly we can finally finish this fight, over a century later when we enter Room 124 of the State Capitol Building with our signs to show that the people should always contribute testimony on legislation that directly affects us.
Join the bus leaving from Union Square, Tuesday morning, in NYC.
Demand better for all of us. Just get on the bus.
SOURCE:
http://crooksandliars.com/diane-sweet/watch-reverend-billys-unholy-matrimony
Posted by Human Rights Alert (NGO) at 2:53 AM No comments:

A cyber-attack of various government websites by groups of hackers is allegedly underwayTuesday morning, as was warned using social media. A pastebin message begins with, “Let’s hurt them where it’s hurts the most” and the group promises, “Anonymous will make sure that’s this May 7th will be a day to remember” in what the group titles as, #OpUSA. The high profile list of targets includes, Bank of America, Citibank, White House websites, the FBI, among others.
READ MORE:
http://crooksandliars.com/diane-sweet/anonymous-expected-attack-feds-tuesday
Posted by Human Rights Alert (NGO) at 2:40 AM No comments:

If negotiations are successful, Israel would rejoin the Universal Periodic Review (UPR) process, and would be asked to address the 2013 UNHRC UPR report on Israel.
The Human Rights Alert (NGO) submission was incorporated into the UPR Professional Staff Report (paragraph 25) with a note: "Lack of integrity in the electronic records of the Supreme Court, the district courts and the detainees courts in Israel".  jz
LINKS:
[1]  12-05-10 Human Rights Alert (NGO) UPR Human Rights – State of Israel, HEBREW Short Submission
http://www.scribd.com/doc/114254105/
[2] 12-06-04 Human Right Alert, Submission;  2013 UPR of the State of Israel - "Integrity, or lack thereof, of the electronic record systems of the courts of the State of Israel"
http://www.scribd.com/doc/92826212/
https://docs.google.com/open?id=0B8Aa2xQGbmk5QWtZcjVQLWVFZ0k

[2] 12-05-10 Human Right Alert,  Appendix I to Submission; 15th UPR - State of Israel - "Integrity, or lack thereof, of the electronic record systems of the courts of the State of Israel"
https://docs.google.com/open?id=0B8Aa2xQGbmk5cjNxd2szX05oMkU

At Prime Minister Benjamin Netanyahu's instruction, an envoy will visit Geneva in the coming weeks to reach understanding that will allow Israel to take part in the council's annual hearing.

READ MORE:
http://www.haaretz.com/news/diplomacy-defense/israel-to-negotiate-renewal-of-cooperation-with-un-human-rights-council.premium-1.519719
Posted by Human Rights Alert (NGO) at 1:13 AM No comments: