Rampant fraud in the Israeli courts - Conservatorships: Judge Esperanza Alon, Ms "Mysteries of Court Procedure" is commended for "her attention to details"...
Criminal complaint was filed with the Tel-Aviv Police-Fraud Division against Esperanza Alon, for conduct of sham/simulated court process, and request was filed with the Attorney General to instruct police to initiate a criminal investigation.
The complaint says that Esperanza Alon's conduct was under the false guise of her authority as Judge, and therefore, is not covered by any immunity.  Conduct of sham/simulated court process, and the publication of sham/simulated court records is the most common fraud method of Israeli judges today... and as usual, Administration of Courts is a key player in the game...
Here are some appetizers: :
* Esperanza Alon opened and closed court files in disregard of the law, and also disregarded the opinion of Counsel for the Attorney General, who advised her that she should united the court files...
* Esperanza Alon entered a Request to Appoint Conservator in the new court file;
* Esperanza Alon issued two different and contradictory, sham "Post-it Decisions" regarding the hearing date, under the old, closed court file, and refused to answer, which of the two was valid, if any, and which one was void...
* Esperanza Alon conducted a sham/simulated court hearing, on a request that was entered in the new court file, under a hearing, which was entered in the Court Calendar under the old, closed court file...
* Esperanza Alon issued under the old, closed court file a hearing protocol, which was thoroughly perverted, on a request that was pending in the new court file... Names of the parties, counsel, those present were all perverted, but all were ordered total secrecy...   In such protocol she retroactively noted that the hearing was "informal" - i.e. - a sham/simulated court proceeding...  Esperanza Alon refused to correct the perversions, since the court file was already closed...  And best yet- the protocol bears a water sign "Not Signed Yet", which the Ombudsman of the Judiciary explicitly states is a "draft", invalid court record, which must not be certified...
* Chief Clerk Israel Hen refused to certify the protocol, or any of the court records in either of the two related court files, "True Copy of the Original".  Instead, the protocol bears false, forged certification by an unauthorized person...
* Epilogue: In response to a notice, listing her fraudulent conduct, Esperanza Alon issued a sham "Post-it Decision", saying that "a person, who is not a legal scholar wouldn't be able to understand the mysteries of court procedure"... The next detailed notice was titled, "Judge Esperanza Alon - Ms "Mysteries of Court Procedure", or perverter of court process with chutzpah?" She deleted it from the record...  And Attorney Amos Sadika on behalf of Dror Zernik filed a request for "exemplary punitive measures for despicable conduct"... :)
The explanation? It's simple! As noted in a recent report by News1, which read like a PR release, Judge Esperanza Alon is commended for "her attention to details"...
It is left to see how Attorney General Avichai Mandelblit would respond... But don't hold your breath... Police recommended the prosecute of Judge Yitzhak Cohen on serious sex crimes in chambers and sex crimes against minors, but even there, no indictment is coming anytime soon...
Because the Constitutional principle is: The Rule of Law Gang is above the law!

Link to the complete bilingual complaint record below

Figures: Judge Esperanza Alon - "Ms Mysteries of Court Procedure" and/or perverter of court process, Chief Clerk Israel Hen, Haifa Magistrate Court - judges pervert the records, but who care...he wouldn't sign anything... Attorney Amos Sadika - charges exorbitant fees, but provides special services in return... Dror Zernik - it happens in the best families...
__________
OccupyTLV, May 26 - responding to request by Family Court anti-corruption activists, complaint was filed today with the Tel-Aviv Police-Fraud Division against Esperanza Alon of the Haifa Magistrate Court.  In parallel, request was sent to the Attorney General Avichai Mandelblit to instruct police to initiate an investigation.
The complaint says that it is filed against Esperanza Alon as a member of the public at large, and not as a Judge, since fraud though the conduct of sham/simulated court process is an "extra-judicial activity" - not covered by any immunity... exactly like sex crimes by a judge in chambers...  Esperanza Alon only used the false guise of her authority as judge to perpetrate the conduct, which is alleged in the complaint, including:
1. Fraud on the bench in the process of appointment of a conservator for Alzheimer patient RS.  The alleged goal of the fraud was the conduct of real-estate transactions in order to pervert the last will of the patient.
2. Perversion of court records and perversion of court process, by issuing sham/simulated court records and conduct of sham/simulated court hearings.
3. Breach of loyalty.
The conduct of simulated court proceedings and the publication of simulated court records is the most common method of court fraud by judges today.  The practice has become widespread, following the implementation of a new fraudulent case management system in the courts - Net-HaMishpat.
And as usual, the Administration of Courts is a key player in the game... 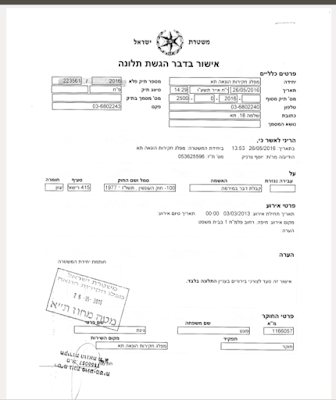 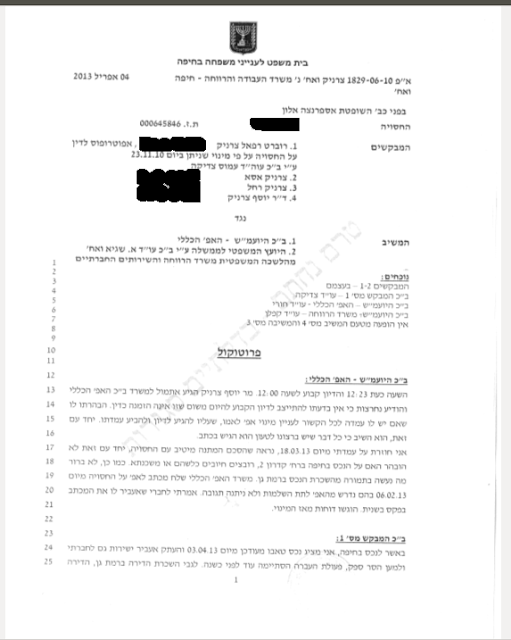 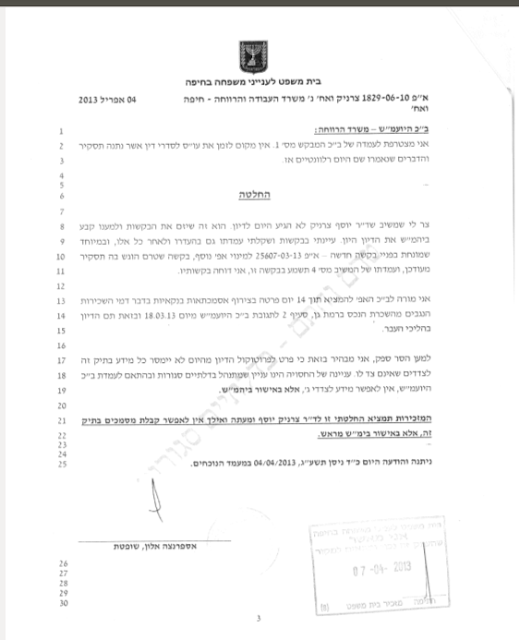 Figure 5: Sham/simulated April 04, 2013 protocol by Esperanza Alon of the sham/simulated court hearing, conducted by Espranza Alon under the guise of her authority as a Judge. a) Page 1 shows the registry of various family members, including me, as “Requesters” with no foundation in the law. Dror Zernik, who initiated the process and was present in the hearing, was not listed as present (apparently part of the ongoing effort to provide him plausible deniability for his central role in the alleged fraud) and another family member, who was not present, was listed as present instead. b) Page 3 shows a sham/simulated “Decision”, an invalid “graphic signature”, and certification, “True Copy of the Original”, which should be deemed forgery. Page 3 also says: “The Office of the Clerk shall serve my instant decisionon Dr Joseph Zernik and from now on no access to records in instant court file shall be permitted absent advance permission by the Court.” The instruction to serve a sham/simulated court decision indicates the fraud intention by Esperanza Alon, who operated unde the guise of her authority as Judge. The instruction also indicates her intention, which she later enforced, to deny my access to inspect a court file, where I purportedly was party to the court process.
It should be noted that the sham/simulated protocol was issued under the old, first court file (1829-06-10), which had purportedly been closed, although the hearing purported to be on the Motion to Add a Conservator, which was entered under the second, new court file (25607-03-13).
All three pages of the sham/simulated protocol bear the water-mark “Not Signed Yet”. The Ombudsman of the Judiciary decision in the Varda Alshech Fabricated Protocols scandal explicitly refer to such water-sign, and states that it indicates that the record is not electronically signed and is invalid. With it, the Ombudsman notes that the judges acted to have the water-sign removed from Net-HaMishpat system, claiming that it interferes with their work, and since its removal, there is no way for the parties, counsel, and the public to distinguish between an authentic, valid court record and an invalid sham/simulated court record. The Ombudsman also recommended that the water-sign be restored, and asked that the Administration of Courts update him on implementation of his recommendation. However, the evidence indicates that such recommendation has never been implemented...
The Varda Alshech Fabricated Protocols scandal erupted almost two years prior to the date of the April 04, 2013 hearing, and the Ombudsman decision was rendered about a year prior to the hearing date. Regardless, Esperanza Alon did not hesitate to conduct such fraud with incredible chutzpa.
_____ 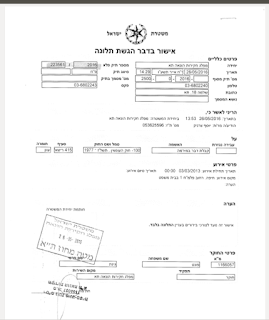 Posted by Human Rights Alert (NGO) at 3:13 PM No comments: