Jun 28th 2007 | from PRINT EDITION
A $54m lawsuit over a pair of pinstriped trousers that went missing from a Washington,DC, cleaners was thrown out by a judge this week. It had attracted worldwide ridicule. The fact that the case was brought, not by a random loony, but by a former judge has added to the sense that something is wrong not just with America's litigation laws, but with the kind of men and women Americans choose to sit in judgment over them.
A whole series of judicial misdemeanours, ranging from the titillating to the outrageous, has emerged over the past year. Take the Florida state judge, John Sloop, who was ousted after complaints about his “rude and abusive” behaviour. This included an order to strip-search and jail 11 defendants for arriving late in traffic court after being misdirected. Or the Californian judge, José Velasquez, sacked in April for a plethora of misconduct, including extending the sentences of defendants who dared question his rulings.
Then there was the Albany city judge, William Carter, in New York, censored for his “utterly inexcusable” conduct after jumping down from the bench during a trial, shedding his robes and apparently challenging a defendant to a fist-fight. Another time, he suggested that the police “thump the shit out” of an allegedly disrespectful defendant. Mr Carter wasn't carrying a gun; many judges now do. In Florida, Charles Greene, chief criminal judge in Broward County, had to step down after describing a trial for attempted murder involving minority defendants and witnesses as “NHI” (No Humans Involved). Then there are the sexual peccadilloes. In Colorado, a (male) judge resigned after admitting having sex with a (female) prosecutor in his chambers. In California, a former judge was jailed for 27 months for downloading child pornography. And in Oklahoma Donald Thompson, a judge for more than 20 years, was jailed for four years for indecent exposure and using a “penis pump” to masturbate during trials.
“To distrust the judiciary,” said Honoré de Balzac, “marks the beginning of the end of society.” In Britain, judges are one of the most respected groups. But in America they tend to be held in low esteem, particularly at state level. For this many people blame low pay and the fact that judges are elected. In 39 states, some or all judges are elected for fixed terms. Federal judges, usually held in much higher esteem, are appointed on merit for life—as in Britain.More serious are the cases of corruption. On June 5th Gerald Garson, a former judge in Brooklyn, New York, was jailed for taking bribes to rig divorce cases. Another judge was convicted of accepting money to refer clients to a particular lawyer. Rumours of buying and selling of judgeships in the district abound. At one time, one in ten Brooklyn judges were said to be under investigation for sleaze.
Most states allow judicial candidates to raise campaign funds. Huge sums are often involved, leading to inevitable suspicions that, once on the bench, judges will pass judgments that favour their benefactors. In 2004 the two candidates in one Illinois district (with a population of just 1.3m) raised a staggering $9.4m between them. Some of the states with the highest levels of campaign spending—Texas, Louisiana and Alabama—are also those whose judges are most criticised.
In the past, judicial candidates were banned from discussing controversial legal or political issues on the campaign trail. But in 2002 the Supreme Court ruled such bans to be unconstitutional, leading candidates to advertise freely their views on abortion and suchlike. Personal attacks have also become more common. Indeed, Sandra Day O'Connor, a former Supreme Court justice, fears that judicial elections have turned into “political prize-fights, where partisans and special interests seek to install judges who will answer to them instead of the law and the constitution.”
The meagre salaries of judges, whether at state or federal level, do not help raise standards either. Federal judges have not had a real pay rise for 17 years; a district court judge earns $165,000 a year, about the same as a first-year associate in a top law firm. John Roberts, chief justice of the Supreme Court, earns just $212,000—half the salary of England's top judge and one-fifth of the average income of a partner in the majority of America's 100 top-grossing law firms. Around 40 judges have left the federal bench over the past five years.
In his annual report to Congress in January, Mr Roberts said that the issue of judges' pay had reached “the level of a constitutional crisis”. It was threatening the judiciary's strength and independence. In February, Patrick Leahy, the Democratic chairman of the Senate Judiciary Committee, promised legislation to fix it within the current session. The judges are still waiting. Meanwhile, state judges in New York are preparing to sue the state for their first pay rise since 1999. The battle is joined
.
Posted by Human Rights Alert (NGO) at 2:48 PM No comments: 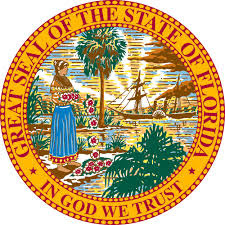 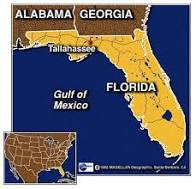 Floida is a hotbed judicial and Bar corruption activists.  We are all not united in person, but we are united in cause, ideals and purpose.  To that end I welcome the recognition, attention and exposure provided by AMOJ and Jon Roland finally bearing fruit.  I have and will continue to share issues and actions that cross my path and have been generated wiothin the state for any intrinsic or extrinsic value whether they be the workings of "Joshua" Jack Thompson fittin' the battle of the florida Bar 'til down the walls come a tumblin' down; Les Winston of Biz radio AM 880 and the stories and achives of the corageous www.disbartheflordabar.com ; www.jaablog.jaablaw.com and the ongoing daily saga of the fraud and corruption in the Broward County Court and State Attorney's office; the writings of Bob Hurt of lawmangroups@yahoo,com the vigilence of Mark Adams

The archived lunimaries and heroes on disbarthefloridabar like Joshua Jack, Karin Huffer's Legal Abuse Syndrome, Mark Adams and many others sharing their stories with names, dates and places and mountains of true information in an effort to wake up Florida and America to this cancer need to be heard and enjoined.

This AMOJ exposure is the step I have wanted to see happen for all the years I have been contributing to it.  The ball needs to be kept rolling.
Huck

The Florida Bar has proposed a new rule to eliminate coverage of court proceedings by citizen journalists. The Bar’s proposed rule prohibits anyone other than an employee of a traditional media outlet or an official court reporter from using any device which can make video or audio recording from being brought into a court including laptop computers.

Check out the article and spread the news.

Please note that if you want to object to this rule, the objection must be emailed in to the attorneys at the Bar by the end of the day on Feb. 1, 2011. Their email addresses are in the article along with a suggested comment.

P.S. Since some of you may not know of my work, there’s a 3 minute video about some of it at http://blip.tv/file/1672498 Also, I'm one of the featured writers on The Daily Censored which is a news blog affiliated with the premier media watchdog organization, Project Censored. See http://dailycensored.com/writers/mark-a-adams/ for more about my work.

Posted by Human Rights Alert (NGO) at 1:53 PM No comments:

Posted by Human Rights Alert (NGO) at 6:22 AM No comments:

Posted by Human Rights Alert (NGO) at 5:27 AM No comments:

Posted by Human Rights Alert (NGO) at 3:46 AM No comments: