2016-12-20 AMONA v OCCUPYTLV: Fraud and deception by Judge Eliyahu Bachar, City of Tel-Aviv and others...

Amona and the Arlozorov Camp: Fraud and fabrications by Judge Eliyahu Bachar, City of Tel-Aviv and  others
In Amona, Jewish settlement in Palestine, the government showered NIS 150 m on forty families, and Attorney General Mandelblit bent over backwards to fabricate legality of land grabs and illegal construction. The camp in Alrozorov was built pursuant to an agreement between the City of Tel-Aviv and the protesters - as part of the eviction of the camp in Rothschild Ave in 2012. Now, the authorities offer the street-dwellers living in the camp NIS 7,500 and try to enforce their eviction, which would end, as one of them told me: "On the bench on the other side of the street."
Also in their attempts to evict the Arlozorov camp the authorities display contempt of the law - Judge Eliyahu Bachar in collusion with the City of Tel-Aviv, attorneys, "activist" Rotem and others perpetrates Fraud Upon the Court - conduct of totally fabricated court process and the publication of fabricated court records.
Such conduct is explained by some legal scholars, such as Prof Menachem Mautner, as “decrease in formalism and increase in values”. However, other “senior legal scholars” have recently described the resulting conditions as “total jungle in the courts”, where the judges act arbitrarily, ignoring both the facts and the law…
From the perspective of international observers, there is no doubt that such conditions would be considered widespread incompetence and/or corruption of the judges and law enforcement in Israel. \There is one strange and striking difference between the Amona settlement and the Arlozorov Camp: In the Arlozorov Camp, the City of Tel-Aviv wouldn’t enforce the eviction on members of an Iraqi Muslim family, who are not Israeli citizens. There is nothing new to it. City of Tel-Aviv enforcement personnel have explained the selective and arbitrary enforcement by the fact that the Iraqis are “State Persons” - a separate class, which is above Israeli citizens and above the fabricated law…
As documented in the Judge Varda Alshech “Fabricated Protocols” scandal, the judges established in Israel a court system where judges are permitted to perpetrate Fraud Upon the Court with no fear of the law.
Until we imprison some of the criminal judges, nothing will change! 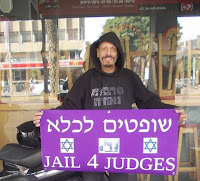 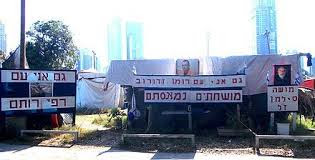 Figure 1: Arbitrary and selective enforcement - Protest tent in Volovelsky Garden: The signs in front of the test protest judicial corruption - from fraud by judges Hagai Brenner and Eitan Orenstein on self-immolated Moshe Silman (to benefit the Social Security Administration), through fraud by judges, including Daniel Beeri, on whistle-blower Rafi Rotem (to cover up the Tax Authority corruption scandal), and ending with the despicable fraud by judges Yitzhak Cohen, Esther Hellman, and the pretender Haim Galpaz on Roman Zadorov (to affect his false, arbitrary arrest and prevent true investigation of Tair Rada's murder).  Judge Eliyahu Bachar is perpetrating Fraud Upon the Court (to benefit the City of Tel-Aviv) in an attempt to evict the camp.
_________ 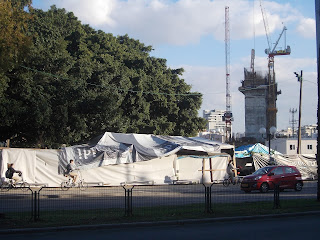 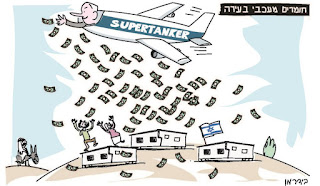 Figure 3: Arbitrary and selective enforcement - Amona:  NIS 150 millions for 40 families, and the Attorney General is bending over backwards to fabricate legality of land grabs and illegal construction...
___

OccupyTLV, December 20 – Request to Inspect Court File has been filed today in the Tel-Aviv District Court in a petition by street dwellers from the Arlozorov Camp. In parallel, demand was filed with the City of Tel-Aviv to provide a duly signed and certified copy of a Judge Eliyahu Bachar unsigned, uncertified “Post-it Decision” in the same court file, which the City purports to be the legal foundation for its actions. Together, the Request to Inspect and the demand which was filed with the City of Tel-Aviv raise clear concerns that Judge Eliyahu Bachar, City of Tel-Aviv and others engage in perpetrating fraud under the pretense of court process, by fabricating cour process and court records.
Fraud Upon the Court has become an epidemic over the past decade. The best known case is of course the Judge Varda Alshech “Fabricated Protocols” scandal. However, as stated in the Ombudsman of the Judiciary decision in that case, Judge Varda Alshech’s conduct was not unique at all, and is today routine in the court, following the implementation of Net-HaMishpat IT system.
The Arlozorov Camp street dwellers’ petition appears as a case that is likely to feature in the upcoming Periodic Review of Human Rights in Israel by the UN Human Rights Council, since the case shows a combination of ingredients, pertaining to fundamental rights:

b) A textbook on "Machine Learning" cites my papers in academic periodicals in a paragraph which describes the application of data-mining to Human Rights research among "Notable uses", and summarized it as follows:

c) In this area I also published research in periodical and international academic conferences, including the World Criminology Congress (2012).
d) In a highly ranked conference on e-government (European Conference on E-government – 2015) my research was published, subject to double peer review, titled: “Fraudulent new IT systems in the Israeli courts – unannounced regime change?”

Demand was filed with the City of Tel-Aviv for a duly signed and certified copy of Judge Eliyahu Bachar’s “Post-it Decision”. [2]

The fabrication of invalid court records for enforcement purposes is well-known worldwide for generations as a criminal method, which is known as “simulating court process”. That was also the foundation of criminal conduct by Judge Varda Alshech in the “Fabricated Protocols” scandal. However, Israeli judges and the Attorney General have introduced new and amazing standards – where judges are permitted to engage in Fraud Upon the Court without any fear of the law. 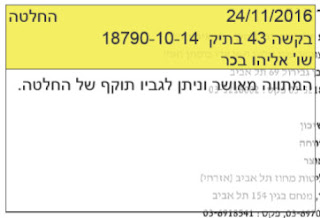 Figure 4: Russov et al v City of Tel-Aviv et al (18790-10-14) in the Tel-Aviv District Court – ridiculous fraud by Judge Eliyahu Bachar: Unsigned, uncertified “Post-it Decision”, which was emailed by City of Tel-Aviv as the legal foundation for its enforcement actions. The “Post-it Decision” purports to approve the “Outline”, where there is no way to discern, who the parties are, who were lawfully authorized as “Counsel”, and what is the foundation for the Court’s authority on person, who were not party to the court process at all, and/or had no standing in the matter reviewed in court. The “Post-it Decision” is one of the cardinal fraudulent features of Net-HaMishpat system.
____ 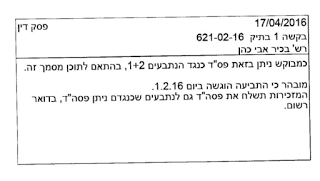 Figure 5: Hava Klein v Lori Shem Tov and Moti Leybel (621-02-16) in the Tel-Aviv Magistrate Court – ridiculous fraud by Senior Magistrate Avi Cohen. The April 17, 2016 “Post-it Judgment” purported to award Attorney Hava Klein NIS 800,000 – over 10-fold higher than Magistrate Cohen’s authority by law… The Request to Inspect, which was filed with Judge Eliyahu Bachar today notes that the fraud in this case is remarkably similar to the fraud by Judge Eliyahu Bachar in the street dwellers’ petition under
Russov et al v City of Tel-Aviv et al.
____

Already in the UN Human Rights Council Periodic Report on Human Rights in Israel (2013) it is noted that the “Post-it Decision” instrument is one of the remarkable fraudulent traits of Net-HaMishpat system. Such decisions are unsigned, and are not entered in the public docket.
Experience of recent years shows that the chances of obtaining a duly signed and certified copy of a “Post-it Decision” in an Israeli court are null.

Posted by Human Rights Alert (NGO) at 9:43 AM No comments: