OccupyTLV, September 8 -- in late July, Joelle sat-in for several days in front of Justice Minister Ayelet Shaked's Jerusalem office, protesting judicial corruption. Joelle demanded to see the Minister of Justice. She indeed met Director General of the Ministry of Justice, Emy Palmor, and also met for a few minutes Minister of Justice Ayelet Shaked. However, soon afterwards, she was seized by the Israel Police and placed under forced psychiatric hospitalization, which ended only following intense pressure by social protest activists. [1]

Figure 1: Joelle Ben Simon and some of the judges, who are involved in her case: Judge Menahem Hacohen, Judge (ret) Nili Maymon, Judge Shlomo Elbaz - Jerusalem Family Court.
____
In the aftermath, it turned out that the forced hospitalization was "coordinated" by Attorney Yael Kutik. Kutik had been previously listed as a senior officer of the Ministry of Justice, but no reference could be found regarding the nature of her current appointment, raising suspicion that she now holds a position with the Shin-Bet office inside the Ministry of Justice (Freedom of Information request regarding her position was filed...).
The story is still far from fully researched, but it appears that the justice system's interest in Joelle peaked, after she inherited several pricey real-estate properties from her elderly mother. Now, after a treatment of almost a decade by the courts, Joelle lives in a trailer in the desert with no AC...
Along the way, out of the blue appeared retired Judge Nili Maymon, in a hearing where she did not have a judicial gown, no clerk, no court transcriptionist, and issued by hand-writing a restraining order, not even on an official letterhead, prohibiting Joelle from contacting her elderly mother.
Than came Judge Shlomo Elbaz, who in response to Joelle's request, issued a fake order, prohibiting the father from removing her minor son from Israel... The fake "Decision", shown below, records that the Court now can't find that Judge Elbaz order...


Once Joelle came out of the hospital, she received the July 26, 2016 Judge Menahem Hacohen (of whom she had never heard before) "Decision" from the Jerusalem Family Court (Figure 3). The record was immediately suspected a fraud. It referred to a hearing, where another senior Ministry of Justice officer, Attorney Inbal Weil of the Legal Aid Bureau had purportedly filed a motion and appeared on behalf of Joelle in court. Judge Hacohen purportedly states in the "Decision" that he made serious efforts, but could not find certain records in Joelle's court file. However, Joelle had never met Weil, never consented to her appearance, and never signed a certificate of counsel for Attorney Weil... 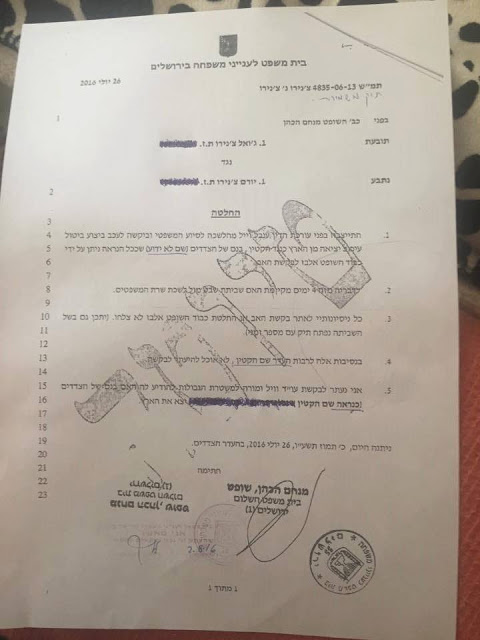 Figure 3: Court file (4835-06-13) in the Jerusalem Family Court: Sham/simulated/"draft" Judge Menahem Hacohen July 26, 2016 "Decision" record - "Attorney Inbal Weil of the Legal Assistance Bureau appeared before me... all my efforts to locate the father's request, or the Hon Judge Elbaz Decision failed... " Esti, staff member of the Office of the Clerk, again printed the record and again certified it, it "True Copy of the Original". However, then senior staff member Maya demanded the record back from Joelle and threw it in the trash. Maya explained to Esti that the record was merely a "draft", which must not be printed, must not be certified, and must not be provided to parties in the case. However, the very same record had been previously served on Joelle by the Court.
READ MORE:
http://www.opednews.com/articles/Joelle-Ben-Simon-affair-co-by-Joseph-Zernik-Israel_Judicial-Corruption-160910-99.html#comment617346

Comment by Michael Germain:
Dr. Zernik's examination of potential judicial misconduct in Israel is very interesting and worth a read. While referring to what could very well be a conspiracy to commit crimes for financial gain by judges as "organized crime" could be an overstatement, given the connection that term has with violent criminal gangs, it sheds light into an unseen corner.
And it hopefully will give US readers pause when reflecting on Israeli democracy. There is no constitution, no Bill of Rights to guide lawmakers, judges, soldiers.
The US has its share of judicial corruption, that is for sure, but this story, while not yet complete, is worth following. 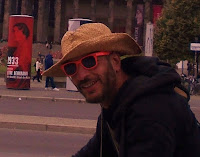 Comment by Joseph Zernik:
I beg to differ. RICO, Racketeer Influenced and Corrupt Organization Act, provides a list of "predicated acts" - conduct that qualifies as organized crime activity. It includes, for example:
* bribery,
* theft,
* embezzlement,
* fraud,
* obstruction of justice,
* mail fraud,
* wire fraud,
* intimidation harassment retaliation against witness victim
All of these are relevant in the context of conduct of sham/simulated court process and real estate fraud, such as documented here.
Moreover, judges have been prosecuted for racketeering in the US - for example - "Kids for Cash" - they were not involved in any violent crimes per se.
The most common and aggressive organized crime in the US today is white collar organized crime - for example - in the banking system, as repeatedly documented in US Congress investigations (which US DOJ refuses to prosecute under the Too Big to Fail, To Big to Jail justice policy). The notion of organized crime a la Don Corleone is old fashioned...

Posted by Human Rights Alert (NGO) at 9:30 AM No comments:

ISRAEL: Computer fraud in 2015 general election? Knesset is asked to duly issue FOIA request number...
Mr Shmuel Hizkiyah, Knesset "FOIA Officer", is asked to duly issue a FOIA request number, on request pertaining to development, validation, operation, security of the Central Election Committee IT systesm.  Failure to duly respond on FOIA request and/or outright fraud in FOIA responses by the Executive Branch - Ministry of Justice, and the Judicial Branch - Administration of Courts, pertaining to e-government fraud, have been documented numerous times in the past.  Similar conduct by the Knesset would raise the concern that it too is under control of "Deep State" agencies.  The fraud in e-government in Israel amounts to unannounced regime change.
Read the full post: http://inproperinla.blogspot.co.il/2016/09/2016-09-10-israel-computer-fraud-in.html 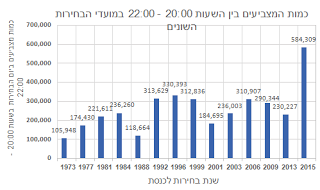 OccupyTLV, September 10 -request was filed with Mr Shmuel Hizkiyah, Knesset "FOIA Officer", to duly issue FOIA request number, on request that was received on August 25, 2016, fees for which were duly paid. [1]
The Knesset FOIA Office did confirm receipt of the request, but failed to issue a FOIA request number.
The FOIA request itself seeks information regarding lawful development, validation, operation, security of the Central Election Committee IT systems (it core is copied below). [2]
Unofficial response by the Shin-Bet indicates that it holds no responsibility for security of the system, which should be deemed critical for lawfulness of the regime...
The request was filed following a series of reports, which raised serious concerns of computer fraud in the Central Election Committee in the 2015 election.
Failure to duly and lawfully answer and/or outright fraud in handling FOIA requests by the  the Executive Branch - Ministry of Justice, and the Judicial Branch - Administration of Courts, pertaining to e-government fraud, have been documented numerous times in the past.
Conditions, where the Knesset is also not ready, willing, able to duly and lawfully address a FOIA request, pertaining to its own Central Election Committee IT systems, must raise concerns that the Knesset is not elected and does not operate as a lawful Legislative body, but is in fact under control of "Deep State" agencies as well...
The vast e-government fraud in Israel effectively is unannounced regime change.

Following is the core of the August 25, 2016 FOIA request, pertaining to IT systems of the Central Election Committee

RE: Freedom of Information Request: A. IT systems of the Central Election Committee...


https://www.scribd.com/document/322225821/
https://drive.google.com/file/d/0B8Aa2xQGbmk5NzV1bC1ndFhxb2M/view?usp=sharing
[2] 2016-08-25 Election computer fraud? Knesset is asked to clarify: Who developed, who operates, who secures IT systems of the Central Election Committee...


https://www.scribd.com/document/323516563/
https://drive.google.com/file/d/0B8Aa2xQGbmk5b0FEUW1UVDZiQXc/view?usp=sharing
Posted by Human Rights Alert (NGO) at 2:56 AM No comments:

ז
Posted by Human Rights Alert (NGO) at 1:48 AM No comments: