13-05-20 Qualified for censorship on LiveLeak.com - email correspondence with the US Consulate...

The item below qualified for censorship - it is stuck forever on "Views: 0", regardless of comments, etc.  There was not much writing in it either.  It was mostly copying of email correspondence with the US Consulate, Jerusalem, Jerusalem...  jz
______
13-05-06 US GOV IS STILL AFTER ME…

The correspondence below was forwarded to the German Consul in Israel, who had previously provided protection against abuse of my rights by the US and Israeli go
By: HumanRightsAlert | Comments: 5 | Views: 0 | Votes: 0 | Shared: 0
Location: Jerusalem, Yerushalayim, Israel | Leaked: 9 days ago in Conspiracy,Propaganda
______ 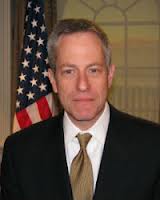 On January 1st, 2013, my bank accounts in Israel were blocked by Bank HaPoalim. The bank claimed that it was done on behalf of the US gov. No written records were provided. No legal procedure was the basis for such conduct, either in Israel or in the US.
The Israeli gov refused to provide Equal Protection under the law.

Eventually, after request for protection by the German Consul in Israel, my money was returned.

In parallel, on January 14, 2013, I appeared in the US Consulate in Jerusalem, paid the exorbitant fees, and fulfilled my duties for renunciation of US citizenship. The US Consulate scheduled me outside of working hours, and probably outside of consular calendar, and US Consult Kirk G Smith refused to perform his duties, and only false and deliberately misleading records were produced.

No response was provided at the end of the correspondence below by the US Consulate in Jerusalem.

It is not expected that the US gov would recognize my renunciation of US citizenship anytime soon (i.e., I do not believe that I would ever get a CLN - "Certificate of Loss of Nationality".)


In recent years, record numbers of US citizens have been trying to renounce their citizenship, and the US gov is engaging in various delay tactics to prevent them from doing so, in direct violation of Article 18 of the Universal Declaration of Human Rights.
jz
____________

5) ADDITIONAL RESPONSE BY JOSEPH ZERNIK
On Mon, May 6, 2013 at 11:01 AM, JZ wrote:
May 6, 2013
Nili Weinfeld
Special Consular Services
American Citizen Services
Dear Ms Weinfeld:
Thank you for your expedient response.
I would appreciate if you could also explain:
1) Who authorized your request, below, relative to my German citizenship, and
2) What is the legal foundation for such request, pertaining to a person, who fulfilled his duties relative to renunciation of US citizenship.
Truly,
Joseph Zernik, PhD
Human Rights Alert (NGO)

4) ADDITIONAL REPLY BY US CONSULATE, JERUSALEM
On Mon, May 6, 2013 at 9:24 AM, Jerusalem, ACS wrote:
I just saw your request about the title:
Nili Weinfeld
Special Consular Services
American Citizen Services
This email is UNCLASSIFIED.

3) REPLY BY US CONSULATE, JERUSALEM
From: Jerusalem, ACS
Sent: Monday, May 06, 2013 9:22 AM
To: ’123456xyz@gmail.com’
Subject: FW: Loss of U.S. Nationality Application in process
I apologize, here it is.
Regards, Nili Weinfeld
American Citizen Services Unit
Consulate General of the United States in Jerusalem
Phone: +972 (0)2-630-4000
Fax: +972 (0)2-630-4070
Street Address: 14 David Flusser, Jerusalem 93392
(Near the former Diplomat Hotel, now the Caprice Diamond Center)
Follow us on our Facebook page!
To schedule the next available appointment click here.
http://jerusalem.usconsulate.gov/service.html
This e-mail is unclassified based on the definitions outlined in E.O. 12958.
This email is UNCLASSIFIED.

2) RESPONSE BY JOSEPH ZERNIK
From: JZ [mailto:123456xyz@gmail.com]
Sent: Monday, May 06, 2013 9:18 AM
To: Jerusalem, ACS
Cc: Smith, Kirk G; Ratney, Michael A
Subject: Re: Loss of U.S. Nationality Application in process
Dear “Nili”:
Relative to the email communication below, please provide your full name and your title in the Consulate General of the United States in Jerusalem.
Joseph Zernik, PhD
Human Rights Alert (NGO)

1) OUT OF THE BLUE EMAIL FROM THE US CONSULATE, JERUSALEM
On Mon, May 6, 2013 at 8:58 AM, Jerusalem, ACS wrote:
Dear Mr. Zernik,
Your Loss of Nationality application is still in process with the Department of State. In the meantime, would you please provide your German passport number and its date of issuance? As we recall, you showed us the German passport in one of your visits in our office, but we do not have a copy of it on file.
Please do not hesitate to contact us if you have any questions.
Regards, Nili
American Citizen Services Unit
Consulate General of the United States in Jerusalem
Phone: +972 (0)2-630-4000
Fax: +972 (0)2-630-4070
Street Address: 14 David Flusser, Jerusalem 93392
(Near the former Diplomat Hotel, now the Caprice Diamond Center)

Posted by Human Rights Alert (NGO) at 7:01 AM No comments: