[Video] The specter of a revolution is haunting Israel
Growing signs of collapse of the legitimacy of all three branches of government – an ongoing constitutional crisis in a nation with no constitution… IDF remains the one institution that still generates high levels of trust and support. 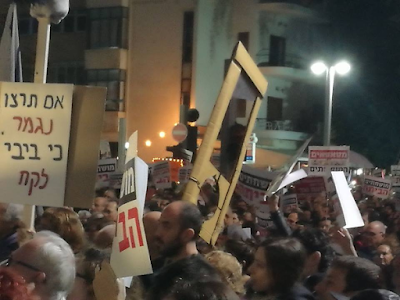 Posted by Human Rights Alert (NGO) at 4:33 AM No comments:

Posted by Human Rights Alert (NGO) at 4:32 AM No comments: