Barcelona, September 22 - Lt.Com. Walt Fitzpatrick is one of those, who challenged and repudiated the fraud in Obama's long form birth certificate. Consequently, he suffered dire consequences. The latest episode is detailed in the fund-raising letter below.
Regarding the case of Lt.Com. (retired) Walter Fitzpatrick, already a year ago, the ACLU issued a report, detailing his treatment in prison, which was described as torture - "What goes on there is more like gulags of centuries ago.". [1]

Most alarming, today, in the United States Lt Com. Fitzpatrick is not alone, there are too many like him to count... whistle blowers... leakers... dissenting attorneys... occupiers...  Their treatment is unlawful, retaliatory, and intended to throw terror among the People and thereby intimidate and suppress dissent against a patently corrupt, dictatorial government.

Any yet, "mainstream" media outlets in the United States, Europe, and beyond, and the People by and large it pass, while drumming campaigns against government suppression of dissent in Russia, China, Iran, Cuba...
______

FW: The battle to stop the tyranny, abuse and corruption urgently needs your help and support now!

To All
Click on the attachment here, and see the act of TYRANNY against Lt.Com. (retired) Walter Fitzpatrick.

He need some help.  Your help.

Recall, first they came for the gypsies ... . 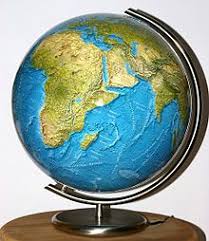 A fiesta, where Covivencia is the official policy, is a public assembly of the highest significance at this time.  Around the Mediterranean there is a good civil tradition of partying.  Tel-Aviv is already on the top three list of global party towns.  Unless some of the fiesta and Convivencia spirit soon appears in the United States, and even more important – in Jersualem, we are doomed for a medieval, global manifestation of the Vengeance of the Fathers.  Today, partying and festivals are the recommended form of Civil Disobedience! 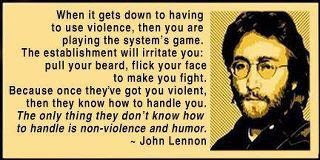 Barcelona, September 22 – the official poster, hanging all over town, is an artistic design, mixing Arabic, Hebrew and Latin letters, and  the official bulletin emphasizes the fiesta as a Mediterranean event.  It is not by coincidence, since Convivencia is an officially expressed policy in Barcelona.
With it, Barcelona is trying to recapture the spirit that led some of the cities of the Iberian peninsula to their greatness at a time that Cordova was the largest metropolis in the world, and Toledo was an Arabic/Greek/Hebrew/Latin “FairSearch.org”, in contrast with the sectarian “Googles”.
I took my siesta late, and by the time I woke up it was already late evening.  The city, which is normally packed with tourists, is by now super packed with both tourists and locals.  Close to midnight I got to the beautiful public space between the modern edifice of Barcelona Museum of Contemporary Art and the thousand year old Romanesque monastery.  A rock concert stage had been built overnight., and the place was packed with thousands of mesmerized young people.  A light cloud of marijuana was hanging all over the place, carried away at times by the sweet mediteranean nightly breeze.  Huge quantities of beer were consumed.  Not a single policeman was to be seen, there was no need either.  Bigote, a local Bruce Springsteen, was singing in English, which sounded like perfect Catalan to me.  He even had some ballads, or maybe it was my wishful thinking under the influence... His dance style was a local variation of Pulcinella.  I asked a 30 year old woman, dancing next to me, whether Bigote had expressed any political leanings, she was emphatic, no.  I insisted, was he in favor of Catalan independence?   She brushed me off, I was mixing business with partying…
Towards 2:00am I was strolling down La Rambla, singing ‘Oh Barcelona, Barcelona’ in eastern mediteranean trills to a young street cleaning lady, who seemed appreciative of it.  The Barcelona cleaning crews were working all night, keeping the city clean, regardless of the fiesta.  There were some medics and a couple of policemen on La Rambla, but they all were all bored stiff, just watching the party scene.
By the time I got to the Placa del Reial, the concert there was over, but the huge  crowd was still hanging out.  Apparently it was a local equivalent of hard rock performance, since there was no marijuana smell, and the square was literally covered with squashed beer cans.
As usual, by the early morning hours I ended up at Jessica´s – el centro de la vida nocturna de Placa Universitat.  Here too, I got into trouble with my big mouth, when I insisted that adding ketchup on top of the empanada de pollo con batata should be prosecuted as a crime.   Jessica had experienced a minor setback, when it turned out that the handsome Sasha, whom she was pursuing, already had a boyfriend.  No problem, she said smiling, there are others…
LINKS: